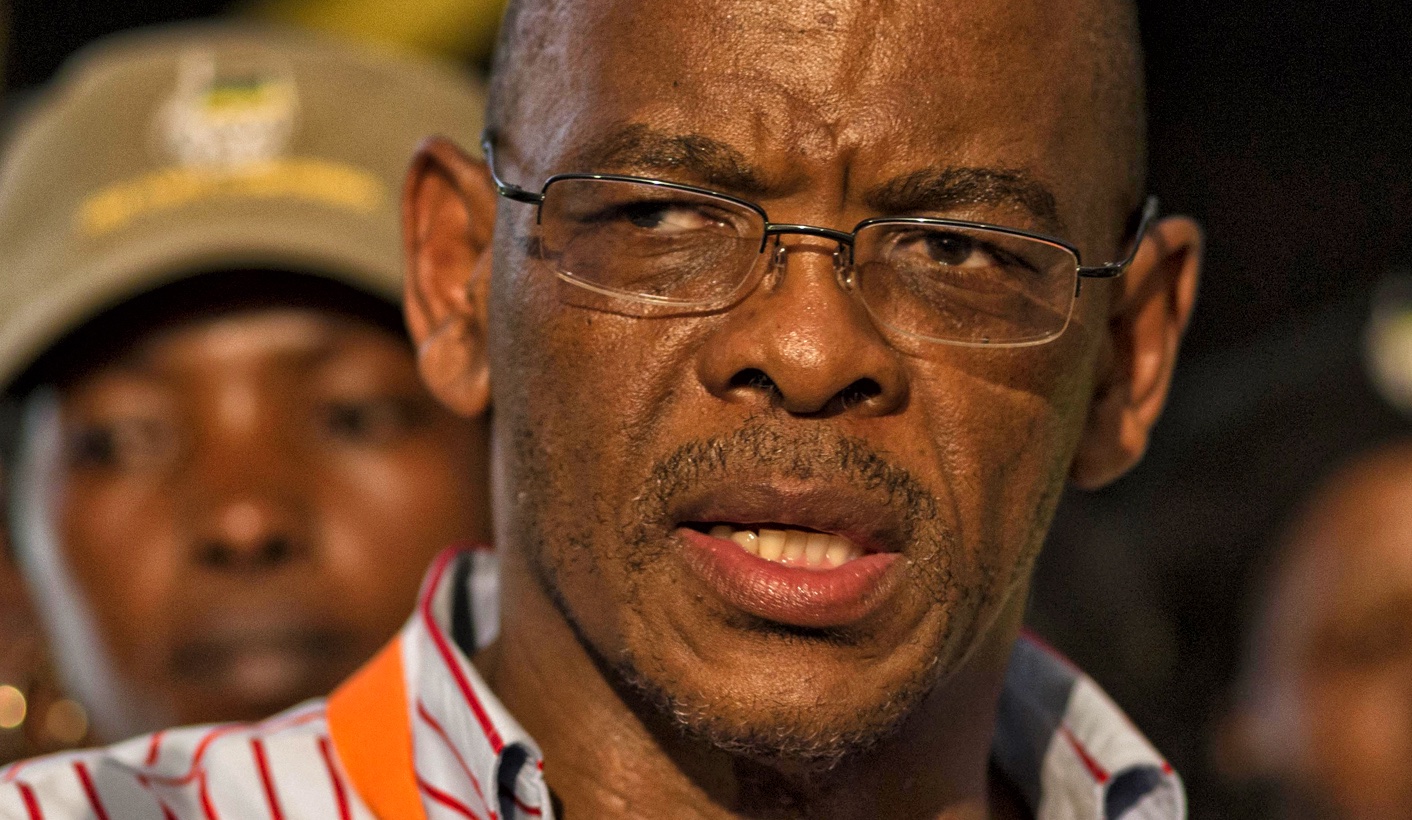 ANC members in the Free State are expected to lodge court papers on Tuesday challenging the provincial conference and who is allowed to go to the party’s national elective conference at the weekend. By GREG NICOLSON.

Disgruntled ANC members are calling for this week’s Free State conference to be ruled illegal and for the court to provide clarity on delegates to the party’s national conference. They say the party has not responded to disputes lodged by 84 branches.

The party’s provincial conference, which has been delayed repeatedly, was due to move into its second day on Monday and elect a new provincial executive committee (PEC) but struggled to get under way. Provincial chairperson Ace Magashule was expected to be re-elected, while his rival and deputy Thabo Manyoni did not attend the conference.

In another application, the Free State branch members have already filed papers saying Magashule and the provincial ANC were in contempt of court. They believe the party did not rerun 29 branch general meetings in accordance with the party’s constitution, as ordered by the Bloemfontein High Court almost two weeks ago.

Tuesday’s application is expected to detail claims of how 84 branch general meetings did not follow ANC rules and how the disputes were not resolved by the national ANC. Members taking the matters to court, who were reluctant to detail the court application on the record, hope the matter can be heard urgently.

The case could see the provincial conference nullified, but more importantly will determine whether chosen delegates from those branches should be going to the national elective conference.

Magashule supports Dr Nkosazana Dlamini Zuma as the next president of the ANC while Manyoni has backed Deputy President Cyril Ramaphosa. It’s believed that Manyoni and Ramaphosa supporters are taking matters to court.

ANC Free State spokesperson Thabo Meeko said on Monday that the party had followed the court order to rerun branch general meetings ruled unlawful and irregular. He said the provincial conference would proceed.

“We respect the institutions of democracy. You know, by now, there is a judgment against us and as part of the preparation we must try our level best… sometimes to do what is humanely impossible,” he said on meeting the requirements of the court order. “So we adhere to the letter, the finer details, technical interpretations, line by line, word by word.”

Meeko said he was unaware of a court case to halt the conference. He denied that some delegates had decided to boycott the event, but said the deputy chairperson had not sent his apologies for not attending. “As far as we’re concerned all the delegates who are supposed to be here are here.

“People are never happy about the outcome of democracy and the ANC has no intentions to thwart its own internal democracy,” said Meeko. “We are not aware of any warrant of arrest and we are not expecting anybody to be arrested,” he said, responding to questions about Magashule being in contempt of court.

The provincial ANC had scrambled to hold its elective conference after a court ruled two weeks ago that 29 branch general meetings were held unlawfully. Its leadership controversially held its provincial general council (PGC) while the disputes were still in court. Dlamini-Zuma was nominated as president, with Mpumalanga chairperson David Mabuza nominated as her deputy, and Magashule as secretary-general.

ANC spokesperson Zizi Kodwa said on Monday afternoon that he had not yet received an update from the Free State. He said that depending on how many branches were challenging the provincial conference, it could affect whether it was able to reach a quorum and proceed. Kodwa had not been officially notified of a court challenge. He said that, at this stage, “It’s all speculation.”

“All disputes were resolved,” said Kodwa, when asked about claims that 84 branch disputes in the Free State had not been attended to. He said the court challenge should not prevent Free State delegates from attending the national conference – “Not at all”. But he had not yet seen the court application requested.

Of the voting delegates going to the ANC’s national elective conference, 90% must represent branches while the remainder are members from provincial executive committees and the youth, women’s and veterans’ leagues. While the court application regarding the branches could impact on the national conference, it will matter little whether the Free State provincial event proceeds.

“This narrative that the conference may collapse and so forth is too strong and I don’t know what informs that. The conference is a conference of branch delegates,” Secretary-General Gwede Mantashe said in September. He was discussing a court judgment ruling KwaZulu-Natal’s 2015 conference void. He suggested that if provincial conferences have not successfully been held, a province may lose its delegation of provincial executive committee members, but not branch delegates.

Delivering his political report to the provincial conference at the weekend, Magashule promoted “radical economic transformation” to combat the efforts of “white minority capital” to reverse the gains achieved in democracy. The Free State premier has been one of President Jacob Zuma’s most strident defenders. The #GuptaLeaks have provided extensive evidence on how his government, and his famil,y have collaborated with the Gupta family.

The Eastern Cape ANC will also be in court on Tuesday. The Grahamstown High Court will weigh whether the party’s provincial conference held in September was legal. Disgruntled members claimed the conference was not legally convened and should not have been allowed to proceed after violence erupted. They want the election of chairperson Oscar Mabuyane and his provincial executive committee set aside. Mabuyane, who is seen as a Ramaphosa supporter, succeeded Phumulo Masualle, who is believed to back Dlamini Zuma. DM