MultiChoice scandal: Yunus Carrim – when did I ever voice my support for e.tv? 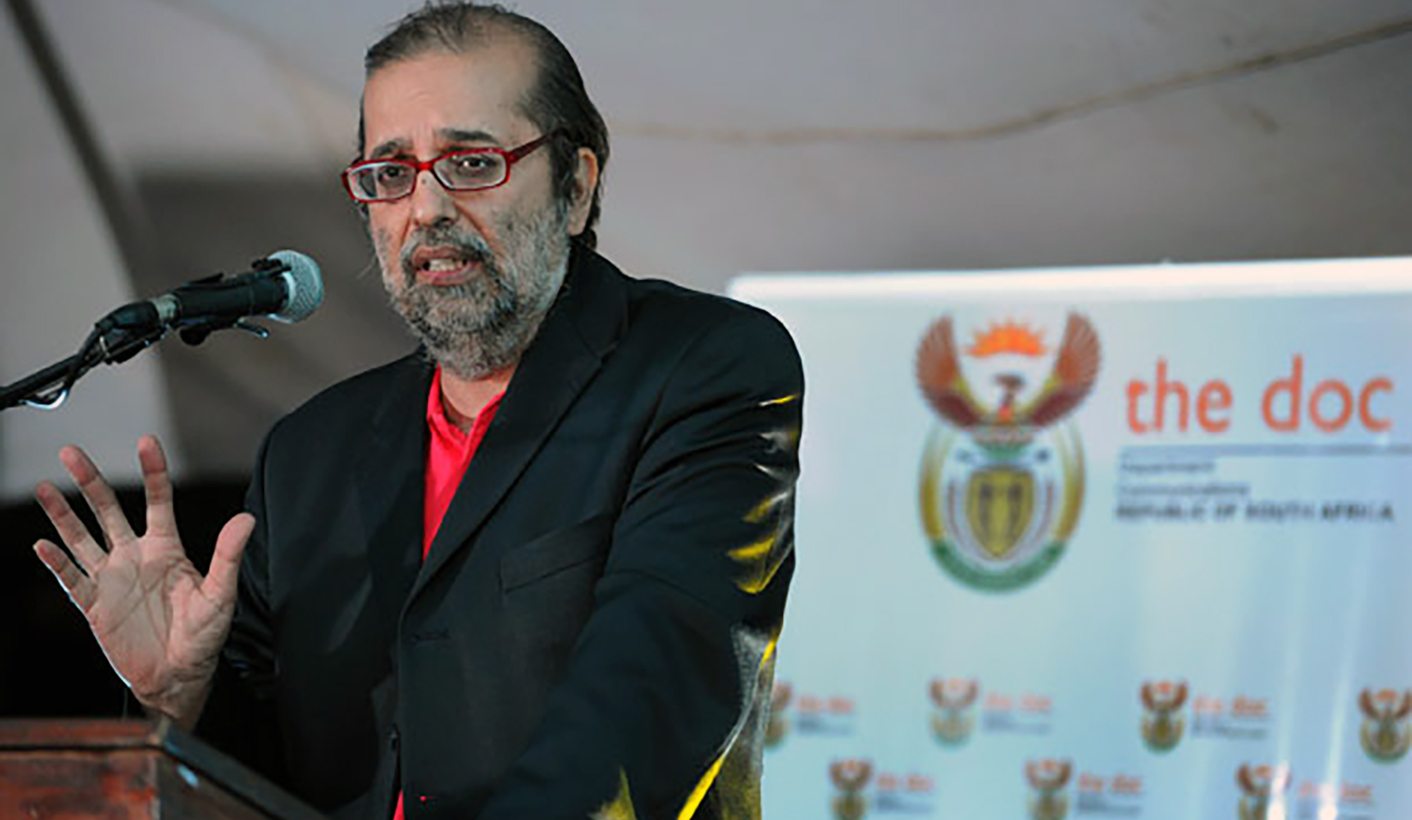 ANC MP YUNUS CARRIM hits back at a suggestion that he was doing e-TV’s bidding in its battle over encryption with MultiChoice. Here, the former communications minister presents some of his own facts.

“For e.tv the appointment of Yunus Carrim in July 2013 was a godsend since one of its largest shareholders, Yunus Shaikh, had a history with the new communications minister. Shaikh seemingly succeeded in undoing much of the favour MultiChoice CEO Imtiaz Patel won with Carrim’s department just two months prior”.

This from Andre-Pierre du Plessis in Daily Maverick on 8 December. Wow.

There you have it. Out in the open. A minister introduces a major policy to suit somebody who shares his first name! Another example of corruption!

And where did investigative reporter Mr Du Plessis get this? Guess who? Why the Famous Four, of course. This is exactly what Koos “it’s not me” Bekker, Imtiaz “do-this-or-else” Patel, Hlaudi “I’m underpaid” Motsoeneng and Ellen “UNISA stole my degree” Tshabalala – please, please feel free to trust them – were saying. In trying to break away from Bekkerism, Mr Du Plessis – poor soul – is exactly Bekkerist! After all, he was happy to do Bekker’s bidding to “sink e.tv” until Bekker, being Bekkerist, dumped him (are you listening, Patel?).

Here are a few of the facts:

So no, absolutely no, the encryption policy was not designed to suit e.tv’s Yunis Shaik. In fact, the Cabinet policy from 2008 until December 2013 on compulsory encryption suited e.tv better. The policy adopted in December 2013 made encryption optional – broadcasters were free to decide whether they wanted to use encryption but those who did would pay the state for its use. While e.tv would have been a beneficiary, the policy was aimed at bringing in new Black, mainly African pay-TV entrepreneurs and achieving the many other aims set out above.

Crucially, Du Plessis does not explain how I, not in the ANC NEC and a marginal minister, could have got my way with the NEC subcommittee and the entire Cabinet to suit my buddy-who-is-not-my-buddy, Shaikh? It’s insulting to suggest that the entire ANC subcommittee and Cabinet were my sheep. And the national budget was certainly not my personal moneybox that I could use to benefit anyone I chose. That would have been criminal anyway. And can you imagine Cabinet agreeing, with all the stresses on the budget at the time, to fund a broadcaster other than the SABC? Many NEC members and Cabinet felt that e.tv was too critical of the government anyway. Can you imagine them giving e.tv a freebie at the taxpayer’s expense?

Were e.tv crowing about the policy? Probably. Was Bekker mad? You bet he was. But what has that to do with the ANC or government? Are we supposed to shape government policy to suit Bekker’s moods or business interests? Surely that would be just as corrupt as deciding policy on the basis of Shaik’s (very limited) history with me?

Our department strongly objected that both MultiChoice and e.tv were using the encryption policy as ransom to settle their contractual and other disputes, but there was little we could do about their destructive spats. What concerned us more was the role of Motsoeneng and Tshabalala. Why would senior SABC representatives oppose a policy designed to benefit the public broadcaster and new African entrepreneurs in the pay-TV sector and instead favour the continued domination by MultiChoice of 98% of the pay-tv market? What was in it for them?

The majority of Interim Board members claimed that Motsoeneng and Tshabalala had no mandate to change SABC’s policy in support of encryption and were serving their personal interests. Of course, Motsoeneng, the media reports, received R11.4-million of an expected R33-million commission fee for the MultiChoice-SABC deal. Yet the then CEO, Ms Lulama Mokhobo, refused to sign it because, I understand, she disapproved of it.

At the time, our advisers said that Naspers owned about 60% of the daily papers, about 50% of the weeklies, about 50% of the community newspapers (yes!) and about 70% of the magazines. If we are tackling monopolies in the banking, insurance, mining, auditing and other sectors, what about Naspers? Why are Bekker and Patel being protected and by whom? That’s the major question, Mr Du Plessis, not your ridiculous suggestion that I single-handedly reshaped the encryption policy to suit my buddy-who-is-not my-buddy.

And if Du Plessis is hinting that I was empathising with Shaik’s trade union representation on e.tv, of course I identify with the unions. I’m a Marxist after all. But encryption was ANC policy long before the SACP could spell the word, let alone understand it.

So, no, Mr Du Plessis, I’m not corrupt. And you certainly are a Bekkerist. What’s worse is that you don’t seem to know it.

Am I trying to settle scores? Cheesed off I wasn’t re-appointed Minister? Blaming the Famous Four? No, please. I knew about a campaign against me not being re-appointed. Did I wilt in my commitment to the ANC policy on encryption? Of course, not. Besides, it’s the president who takes responsibility for who he decides on for the Cabinet. And I certainly didn’t rush to the media to speak about the issues in the public domain now even though I’d been approached by about 10 journalists these past three years. I had long moved on – but then came the latest Gupta email leaks and the SABC minutes in the public domain, and Naspers and MultiChoice’s refusal to acknowledge any wrongdoing whatsoever. I had no idea my brief response to a single journalist 10 days ago would spiral like this.

About the plot to sink e.tv that Du Plessis writes about: I certainly don’t know enough. Is it true? I don’t know. Is it credible? It certainly sounds very Bekkerish. Except that Du Plessis spoils his story by reducing the considerable complexities of the encryption policy to an individual minister and his liking for his buddy-who-is-not-his-buddy and the ANC and Cabinet sheep who followed him. That’s not just crude. It’s corny. DM

Yunus Carrim is an ANC MP, serves on the SACP Central Committee and is a Politburo member. He was briefly a Minister of Communications.

Photo: Then Minister of Communications Yunus Carrim speaks at the launch of the Digitising of the Military Veterans Heritage in April 2014. (Photo: GCIS)