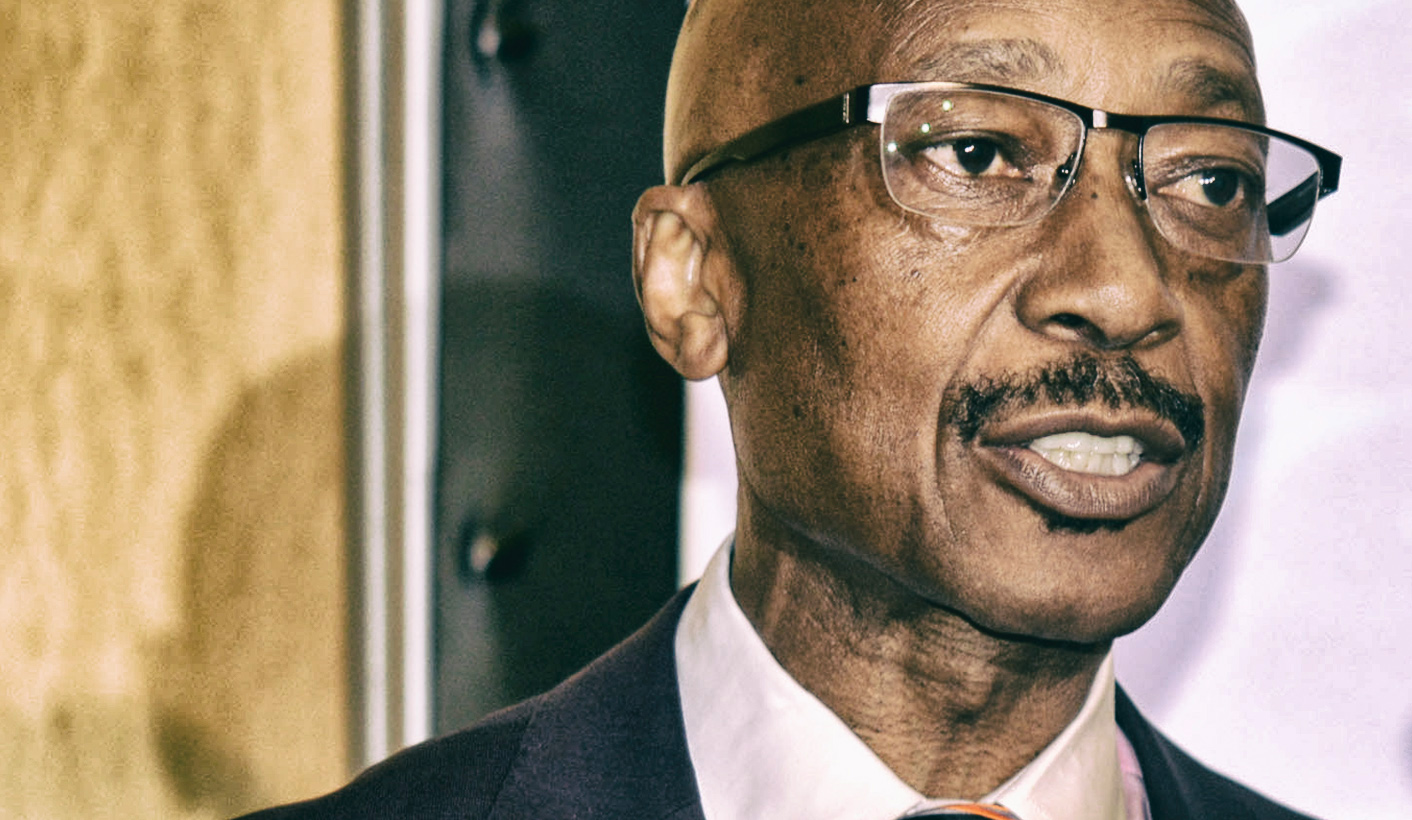 South African Revenue Service (SARS) Commissioner Tom Moyane maintains that Jonas Makwakwa, Chief Officer for Business and Individual Taxes, had every right to be back at work. And that remained the line the tax boss held tight as he received a sharp tongue lashing in Parliament’s finance committee for his management of the public controversy over Makwakwa’s series of ATM cash deposits totalling R1.7-million, flagged by the money laundering watchdog, the Financial Intelligence Centre (FIC). It was a technicist, legalistic stance proffered to MPs on Tuesday to maintain the tax collector’s narrative that nothing’s wrong. By MARIANNE MERTEN.

As always, the devil is in the detail. SARS Chief Officer for Business and Individual Taxes Jonas Makwakwa never actually faced any misconduct inquiry over the cash ATM deposits into his account and that of his fellow SARS official and girlfriend Kelly-Ann Elskie between 2014 and 2016. That’s because law firm Hogan Lovells, hired by SARS to review independently what the Financial Intelligence Centre (FIC) flagged as suspicious transactions in a May 2016 report to tax boss Tom Moyane, had cleared the top executive.

Or, as MPs were told: Makwakwa fully and satisfactorily had explained the series of transactions to the law firm, so there was no misconduct and nothing to pursue on that count.

“They (Hogan Lovells) did not deal with criminal matters. That’s the Hawks. This is not an area of my command or purview,” said Moyane.

And the internal disciplinary hearings under an independent chairperson dealt with Makwakwa’s failure to disclose conflicts of interest, properties and a telephone call he made to a tax official in contravention of the rules of suspension. As these proceedings also cleared Makwakwa, he returned to work on 1 November.

That the Hawks are continuing investigations into the suspicious transactions and that SARS is looking at Tax Act violations – questions remain whether tax was paid on the money stuffed into ATMs – was not a concern of the tax authority or its boss. Until there were charges, there was no reason to suspend Makwakwa, said Moyane:

“I have no responsibility. I’ve not heard anything from Shaun Abrahams (National Director of Public Prosecutions) or Matakata (acting Hawks boss Lieutenant-General Yolisa Matakata). It’s a separate process. It’s not me.”

Questions from MPs as to whether it would have not been more prudent in the interest of SARS’ reputation not to lift the suspension, given these other investigations, were sidestepped and not answered.

Moyane also washed his hands when asked why he never reported the transactions by his executive to police, as required by law, once he had been informed. He didn’t because the FIC had already done so:

“They (the Hawks) indicated the matter has been raised so there was no need for me to raise this and I have a letter to that effect (from the Hawks).”

The SARS boss emphasised in a low, slow and deliberate tone that he had followed all the processes he was required to – “I have done what is correct in my purview,” he told MPs – including meetings with FIC after receiving its confidential report in May before Makwakwa and Elskie’s suspension in mid-September 2016.

Co-incidentally, Elskie has not yet appeared before a disciplinary hearing as she was on maternity leave and questions have been raised as to whether such proceedings could take place at this time.

Moyane’s tone was picked up by MPs, who previously had complained of obfuscation and “fuzzy” answers. Finance committee chairperson Yunus Carrim said Moyane still accounted to Parliament, regardless of any legal issues related to disciplinary and other in-house matters. The committee’s 6 November request for the disciplinary inquiry report was met with a counter-proposal by Moyane for legal teams of SARS, National Treasury, FIC and Parliament to “engage” first.

“You have to answer these questions here. Not through some legal process. This is about your leadership. It gets curiouser, curiouser and curiouser…” said Carrim. “Even if Mr Makwakwa is innocent, the way you managed it hasn’t helped SARS… We get fuzzy answers. Your response is to deflect into next year. This is not acceptable.”

Carrim again pointed out how he was being asked, not by “old order persons”, but ANC National Executive Committee (NEC) members and others from the same background, why Makwakwa was being protected:

“There’s a strong perception Mr Makwakwa is being protected and what you are doing, wittingly or unwittingly, Mr Commissioner, you are feeding directly into that perception… Your management of this matter leaves a lot to be desired.”

Equally technicist was SARS on Makwakwa’s R930,000 bonus. “He was never paid any bonus for the financial year under review (for 2016/17). We followed all the processes,” said Moyane. The bonus related to his performance of the previous 2015/16 financial year and was paid before Makwakwa was suspended in mid-September 2016, SARS argued in maintaining that it has stuck by its rule that officials on suspension are not paid bonuses.

The Makwakwa bonus matter arose in the finance committee on 13 September 2017 while he was still on suspension. Then it emerged that Makwakwa had requested a bonus. SARS Chief Officer for Human Capital, Teboho Mokoena, said Makwakwa was told it was policy that an official on suspension would not be paid a bonus. After several follow-up questions to get clarity on whether SARS had considered paying the bonus, he replied, “The correspondence indicates SARS would not pay a bonus.”

But that bonus to Makwakwa, and other executives, totalling R3-million out of the R561-million paid to all SARS staff, has led to the first qualified audit for SARS in many years. These bonuses were deemed irregular expenditure after the Auditor-General objected to SARS’s failure to obtain ministerial permission:

“SARS has historically sought approval from the minister when effecting such performance bonus payments; however, on the strength of the legal advice obtained, the historical approval was not obtained,” the Auditor-General said in a note to the financial statements.

The dispute led to the delay of SARS submitting its annual report and financial statement last week, well past the statutory end of September deadline. But SARS on Tuesday seemed to finger the Auditor-General for this delay, saying SARS had finalised its documentation on time.

And again, SARS is playing hardball. The tax authority may no longer go to court to challenge the Auditor-General’s view, but SARS is seeking a declaratory order that there was no need for such a ministerial nod for executive bonus payments. MPs were told the tax authority had obtained three legal opinions, including one received 18 months ago, that it’s view – not that of the Auditor-General – was the correct one. The only legal limbo presently was who would pay Moyane’s bonus. MPs were told legalities being looked at currently indicated that the SARS commissioner’s performance bonus might be determined by the appointing authority, President Jacob Zuma.

And so Tuesday’s finance committee meeting, scheduled in the pressure cooker of the last days of the parliamentary calendar, turned out to be a political chess game of parliamentary oversight versus officialdom’s legalistic technicalities. In this mix, MPs were left to raise eyebrows that SARS issued a public media statement on exactly the matters up for discussion on the eve of the tax authority’s date with parliamentarians. DM