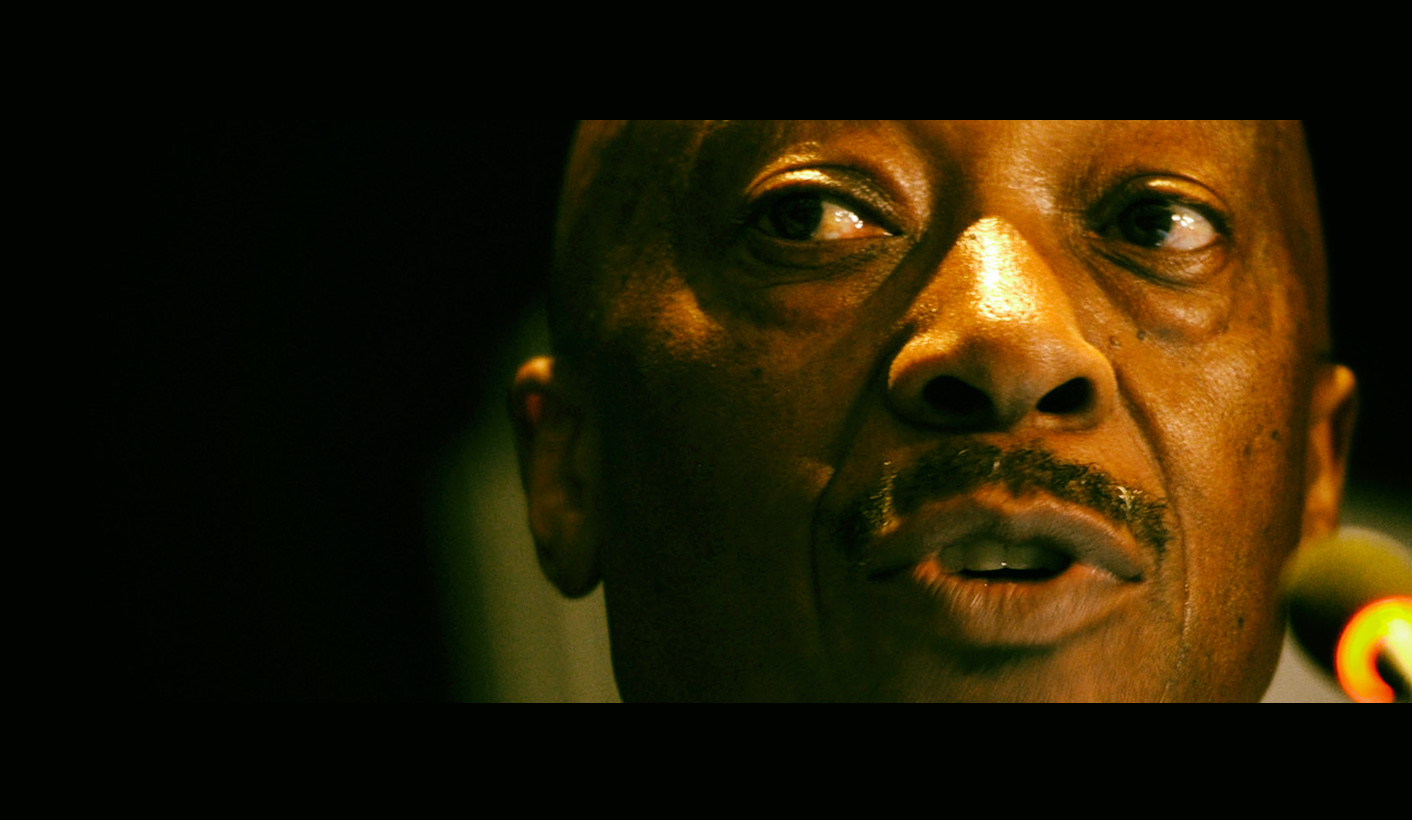 The Auditor-General has given tax boss Tom Moyane an ultimatum: Declare controversial bonus payments to your executive committee as irregular expenditure or SARS gets slapped with a qualified audit opinion. The bonuses Moyane unilaterally increased and signed off on around August 2016 is possible irregular expenditure and, if so, should cost him his job as head of the South African Revenue Service. To find a way around this dilemma, Moyane first attempted to interdict the Auditor-General from signing the adverse audit opinion. On Thursday Scorpio was informed that Moyane made a surprise 180-degree turn and opted to settle. Here is what we know so far. By Pauli van Wyk for SCORPIO.

Tom Moyane, the fifth commissioner of SARS since 1994, finds himself between a devil of his own making and the deep blue sea. If he remains mulish, the Auditor-General has no option but to give SARS its first ever qualified audit opinion in about a decade. This move will have serious repercussions on the back of an already disastrous mid-term budget, underpinned by a R50-billion revenue deficit. SARS collects 95% of the national budget and has previously been the crown jewel of state institutions.

If Moyane bows the knee to the Auditor-General – as Scorpio has been informed he’ll do – and acknowleges his unilateral dishing out of R3-million in bonuses to his executive, the money spent will probably be classified as irregular expenditure, a well placed SARS official said. In terms of s83(1)(b) of the Public Finance Management Act (PFMA) Moyane has then committed an act of “financial misconduct” if he “wilfully or negligently makes or permits an irregular expenditure…”.

In turn, financial misconduct is a “ground for dismissal or suspension”, s83(4) continues. But herein lies the kicker: The commissioner of SARS is a presidential appointment. Only President Jacob Zuma can fire Moyane, a PFMA specialist confirmed – even if Minister of Finance Malusi Gigaba musters the courage to berate the head of SARS and suggests his dismissal.

Neither SARS nor Treasury had reacted to questions about the matter by the time this article was completed. Spokesperson for the Auditor-General Africa Boso declined to answer questions, saying Auditor-General Kimi Makwetu will address the issue on Wednesday next week when releasing the audits of state entities and government departments.

A ‘startling madness of vast proportions’

The Auditor-General’s stern take-down of Moyane, and what the SARS boss has done to provoke it, was kept quiet. Scorpio has been working on this story for about a month and pieced together the information based on repeated interviews with nine government officials and a series of leaked documents. What we can share makes for disturbing reading.

It all began with a series of 16 fiery and confidential letters between Moyane and former minister Pravin Gordhan exposing the true extent of the animosity and disdain the people trusted with the country’s purse strings had for each other at the time. The letters are dated 1 April 2016 to 2 February 2017 and displayed tense relations between SARS and Treasury, just days before the February 2017 Budget speech. It showed Gordhan and Moyane fought about everything. Moyane accused Gordhan of treating him like a “little boy” and subjecting him to “belittling, humiliating, denigrating, antagonising and disparaging” working conditions.

Moyane described one meeting with Gordhan as a “startling madness of vast proportions”. In return, Gordhan said he was concerned about the “shape of revenue collection”. At the time there was a R30.4-billion shortfall, the largest since the 2009 recession. Under Moyane’s leadership, SARS managed to increase that shortfall to about R50-billion, Gigaba announced this week.

But no battle between Moyane and Gordhan was as fierce and was met with such venomous ferocity as that over bonuses for SARS employees. Moyane was unstoppable and wanted to pay a total of R561-million as salary increment and incentive bonuses to SARS employees. Gordhan’s predecessor, minister Nhlanhla Nene agreed to the bonus hike. But when Gordhan was appointed in the job after Nene got fired and “weekend special” Des van Rooyen was begrudgingly removed, Gordhan tried to pull up the handbrake. Moyane sent formal letters in April and June 2016 urging Gordhan to sign off on the bonuses. Gordhan reminded Moyane of the need for “prudence and modesty in salary increases”. He did however agree that bonuses could be awarded “once the performance assessment takes place”.

When another recommendation to increase the salaries of SARS employees and pay out an incentive bonus of R561-million came across his table in August 2016, Gordhan amended it in red ink and neat block capitals:

“The country is in a serious fiscal and economic crisis. This must guide my decisions. My decision takes full account of the great commitment of the staff on the ground. Government has been and will continue to promote prudence and modesty in salary increases,” Gordhan wrote.

He amended Moyane’s recommendations: “Given the fiscal circumstances, I am compelled to take this into account for the bonus as well. The final decision on the bonus will be taken once the performance assessments take place.”

Moyane did not take this lying down. Twelve days later he did not ask any more. Instead, Moyane told Gordhan he did not have the authority to refuse Moyane’s recommendation. Moyane also expressed concern about employees “growing restless regarding the payment of the performance bonus”. He continued:

“I hereby inform the minister that I have already taken the decision to effect payment of bonuses and salary increments to SARS employees.”

Gordhan took his time in replying. It was only after Moyane wrote another letter, bizarrely citing an anticipated tussle with the unions, that Gordhan gave the last punch. He warned Moyane it was “unethical, immoral and illegal for top management to determine its own salary increases and bonus payments without any external/executive scrutiny and approval”.

Gordhan also warned Moyane that his decision to sign off on and pay out bonuses without authorisation would contravene the PFMA and SARS Act.

“Should you proceed with making salary increments and bonus payments for senior managers without my approval as executive authority of SARS in terms of the PFMA, I am compelled to initiate an investigation and if allegations of misconduct are confirmed, to ensure that appropriate steps are initiated.”

Instead of Moyane heeding the warning, he accused Gordhan of “usurping” his power and rejected the notion that Gordhan had any legal authority over SARS decisions.

Gordhan was removed in March 2017 in a Cabinet shake-up and Gigaba was parachuted in. It is unclear if the issue was raised again under Gigaba’s tenure. What we do know from government officials is that the Auditor-General flagged the R3-million in bonuses Moyane signed off on and allowed to be paid out to his executive team. It is unsure at this stage if Moyane allowed SARS to pay himself a bonus too.

“We were astounded,” a government source who dealt with the matter said. “It has always worked that way that the commissioner of SARS would ask permission from the minister of Treasury to increase salaries and pay out bonuses. Pravin had to ask Trevor (Manuel, former minister of finance) for permission as well.”

One source said a team from the Auditor-General met with a SARS delegation last week in an attempt to convince Moyane to declare the bonus payouts as irregular:

“Moyane was given the choice that he could either declare the payouts as irregular expenditure or the Auditor-General had to give SARS a qualified audit,” the source said. “But obviously Moyane didn’t want to show that Gordhan was right and he decided to fight.”

The matter was apparently set down for hearing on Friday, but at the 11th hour Moyane decided to steer clear of going to court. Word from the inside is that Moyane will now declare the R3-million in bonuses paid to his executives as irregular expenditure. Where this move will leave Moyane, and what it will say about Gigaba’s leadership, remains to be seen. DM