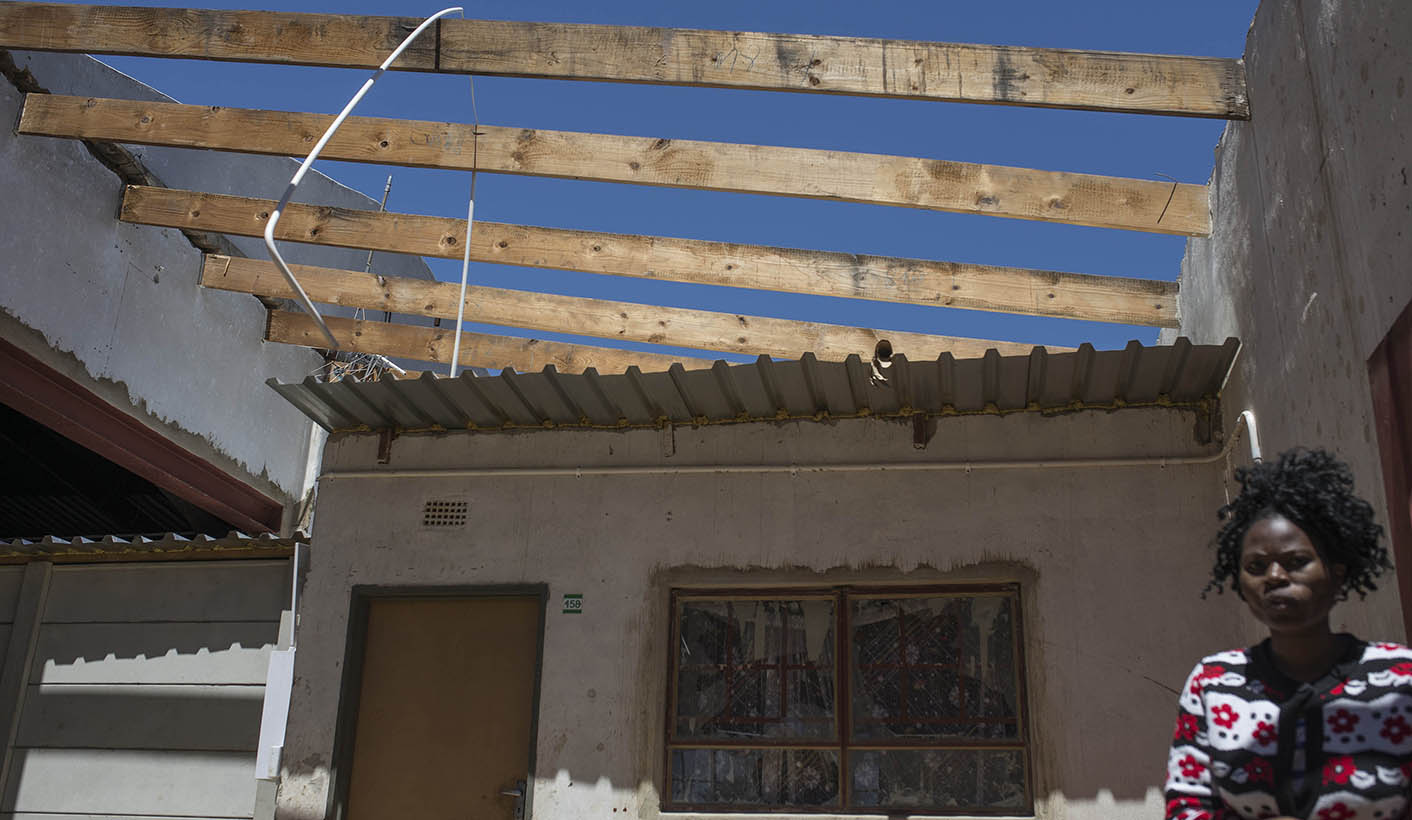 Heavy rains in Durban and along the South Coast. Snow in parts of KwaZulu-Natal and the Eastern Cape. And blue skies in Gauteng following heavy downpours on Monday. But not a drop of rain in the Western Cape – the province that seems to need it most. You could be forgiven for thinking that the Weather Gods have gone crazy. By ORATENG LEPODISE.

At least five people including a 12-year-old boy were killed and several others injured during torrential downpours that drenched Durban on Tuesday.

The heavy rains coupled with winds of up to 70km/h on the coast followed a similar deluge in Johannesburg on Monday. And while mostly clear skies are expected for the rest of the week, mopping up operations are expected to take much longer.

Several areas in eThekwini were affected by strong winds and lashings of rain which saw trees uprooted, ships lose their moorings and caused extensive damage to several buildings in Umlazi, Amanzimtoti and Montclair.

The N2 south – a main arterial route between Durban and Port Alfred on the South Coast – was closed following heavy flooding which left several cars submerged and motorists stranded. Several other roads in and around the city and along the coast were closed.

Parts of the King Edward Hospital in Durban were damaged, forcing authorities to move patients to different wards.

“Disaster management teams are out and assisting the communities that need to be assisted,” said Robert McKenzie, Durban Emergency Services spokesperson.

McKenzie said a 12-year-old boy was swept away in a stream at Izingolweni, inland from Port Shepstone. In Mbunye, Nquthu, an eight-year-old girl was struck by lightning while a 46-year-old man from KwaMngxangala drowned while trying to cross an overflowing river.

“It is still early to tell exactly how many people have died or been injured,” said Lennox Mabaso from Disaster Management in KZN.

“When we deal with a disaster of this sort the first thing we look at are the people who need help instead of looking at what has been damaged,” said Mabaso, but confirmed that the storm had caused major damage to at least five hospitals, several factories, scores of homes and other key infrastructure.

“We are currently identifying temporary accommodation for people who are affected by the floods,” Mabaso explained. He said these relief efforts were being co-ordinated by the KwaZulu-Natal Department of Co-operative Governance and Traditional Affairs (Cogta).

According to News24, NSRI Durban, NSRI Shelly Beach and NSRI Port Edward and emergency services were fully deployed to assist communities along the KwaZulu-Natal North and South coasts. The service was also involved in assisting the crew of a container ship which had been pushed onto sandy banks by flooding in the harbour.

Vanetia Phakula, a forecaster at the South African Weather Services, said the clouds over KwaZulu-Natal were expected to lift overnight with clear skies expected on Wednesday while light showers should be expected on Thursday and Friday.

Mopping up operations were under way in Gauteng, particularly in areas on the West Rand that were worst affected.

Monday’s storm saw roofs pulled off malls and homes. According to Robert Mulaudzi, City of Johannesburg Emergency Services spokesperson, two people were injured in Zandspruit after advertising boards collapsed on them.

“We are doing damage assessments, and after the assessments have been done we will come together with different stakeholders to make sure we will be able to assist people who were affected by the storm,” said Mulaudzi.

In the township of Mayibuye near Krugersdorp on the West Rand residents were still in shock and trying to come to terms with the destruction caused by the storm, reports Daily Maverick photographer Ihsaan Haffejee.

According to the SA Snow Report sections of Sani Pass were closed while Tiffendell Ski Resort was blanketed in snow. Snow was also reported in Underberg and the southern Drakensberg. DM

Photo: Isabella Dikupe stands in her home which has completely lost its roof after it was blown away by the fierce winds which accompanied the storm which hit the township of Mayibuye near Krugersdorp. Photo: Ihsaan Haffejee