Learning from Canada’s refugee policy: Diversity is good for business 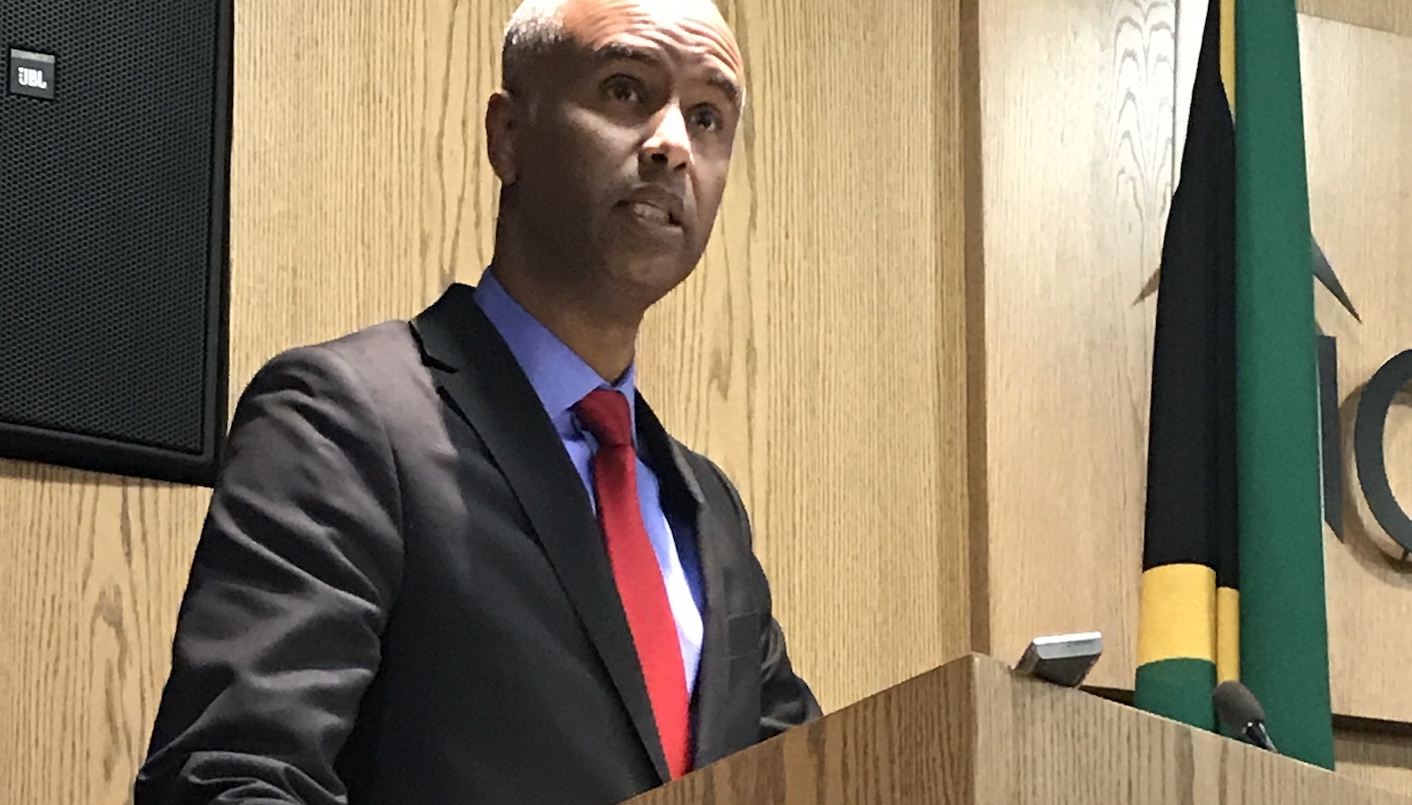 The Canadian government’s ability to integrate immigrants was the result of the generosity and welcoming spirit of Canadian people. Ahmed Hussen knows this all too well. He now heads the very department that welcomed him and integrated him into Canada as a refugee from war-torn Somalia 24 years ago. By PETER FABRICIUS.

Ahmed Hussen arrived in Canada in 1993 as a 16-year-old refugee from war-torn Somalia and was accepted as a citizen. He now finds himself able to extend the favour in a big way for other refugees, as Canada’s Minister of Immigration, Refugees and Citizenship.

It wasn’t easy arriving in Canada in an unusually cold winter without his parents, who had chosen not to emigrate to Canada, though two of his brothers had, he said in an interview. “I had never seen snow before,” he recalls.

“After 10 years I was working for a state premier and a bit more than 10 years later as an MP. I now head the very department that welcomed me and integrated me,” he had earlier said to applause at the Johannesburg law firm where he spoke on Tuesday.

“I am no exception. I can give you many examples of refugees who arrived with virtually nothing who now have contributed much to Canada.”

He cited the example of Tareq Hadhad and his father Issam who fled the Syrian war in 2012, leaving behind their flourishing chocolate-making business. After three years in a refugee camp in Lebanon, they settled in Antigonish, Novia Scotia, Canada, where they were greeted by what Canadian Prime Minister Justin Trudeau described to foreign leaders as “a bunch of big-hearted Canadians”.

They started making chocolate again in their adopted country. After Trudeau turned the spotlight on them at the UN last year and came to visit them to taste their Peace by Chocolate products, sales really took off.

They are now employing “dozens of Canadians”, Hussen said.

Speaking on “Strengthening Canada-SA relations through Immigration” he mentioned the many South Africans who had either emigrated to Canada or had studied there and had brought back skills and experiences to enrich South Africa.

“Our Prime Minister has said that diverse perspectives are celebrated, not silenced. We are stronger because of our differences.”

Canada was one of the world’s most diverse countries, he said. “If you walk into a coffee shop in Toronto, it’s a virtual United Nations. Diversity is also very good for business,” he added, saying that Canada’s connections and understandings through welcoming immigrants had created links across the world.

“We have consistently seen immigrants and their descendants as a positive influence, They have been extraordinarily productive and made a huge contribution.”

Hussen said his government’s ability to integrate immigrants was the result of the generosity and welcoming spirit of Canadian people which was in turn because they were all (except for the indigenous First People) the result of waves of immigration.

Last year his government had budgeted CAD$664-million for resettlement and integration programmes while the state of Quebec had added another CAD$354-million.

Hussen said the Trudeau government had admitted 40,000 Syrian refugees and 6,000 from other countries between 4 November, 2015 and 29 February, 2016 as the crisis in that country rapidly expanded.

He said the previous Conservative government had slowed down refugees intakes, citing security problems in scanning the incoming people. The Trudeau government had increased the intake while still maintaining security and health screening. The huge Syrian intake in such a short time has stretched the government’s resources but it had managed.

By comparison Stephen Harper’s Conservative government had taken in only 10,000 to 15,000 Syrians at most in its last year in office. Trudeau’s government had also almost quadrupled the numbers of privately sponsored refugees from 4,500 to 16,000 last year.

Overall the Trudeau government had taken in 300,000 immigrants last year, 50,000 more than the Conservative government in its last year. These figures included economic migrants, chosen to fill skills and labour market shortages. This was by far the largest category of immigrants.

Under its Express Entry and other programmes Canada was streamlining the entry into the country of foreigners filling these skills and labour market gaps.

Hussen said Canada was looking for more South African students because of its developed education system and their ability to speak English. Canada allows international students to work up to 20 hours a week during term times and full-time during vacations as well as to stay in the country for three years after completing their studies.

“In a world where many countries are closing doors to refugees and migrants and to skills and learning from others, we are opening ours,” he said.

Hussen’s remarks appeared to contain many implicit lessons for South Africa, which appears to be far less welcoming to refugees and other migrants and where xenophobia has occasionally erupted.

When it was put to him that South Africans were far more resentful of immigrants than Canadians seemed to be because they were perceived as taking jobs and social benefits from locals, Hussen said dealing with that problem was a matter of leadership. A country’s leaders had to show its people the evidence that refugees and immigrants create jobs.

“They are more likely to start businesses and to take risks to create those businesses. And they are less likely to use social benefits. Our evidence shows that they start using them, such as health benefits, 10 years later than Canadians.”

Canada also did not have complete consensus on these issues, which were always debated. So it took leadership to convince people, just as the Trudeau government had convinced Canadians that many more Syrians could be welcomed, without jeopardising security. DM