ANC MK Council: Our allegiance is to South Africa first – we cannot fight against our own people 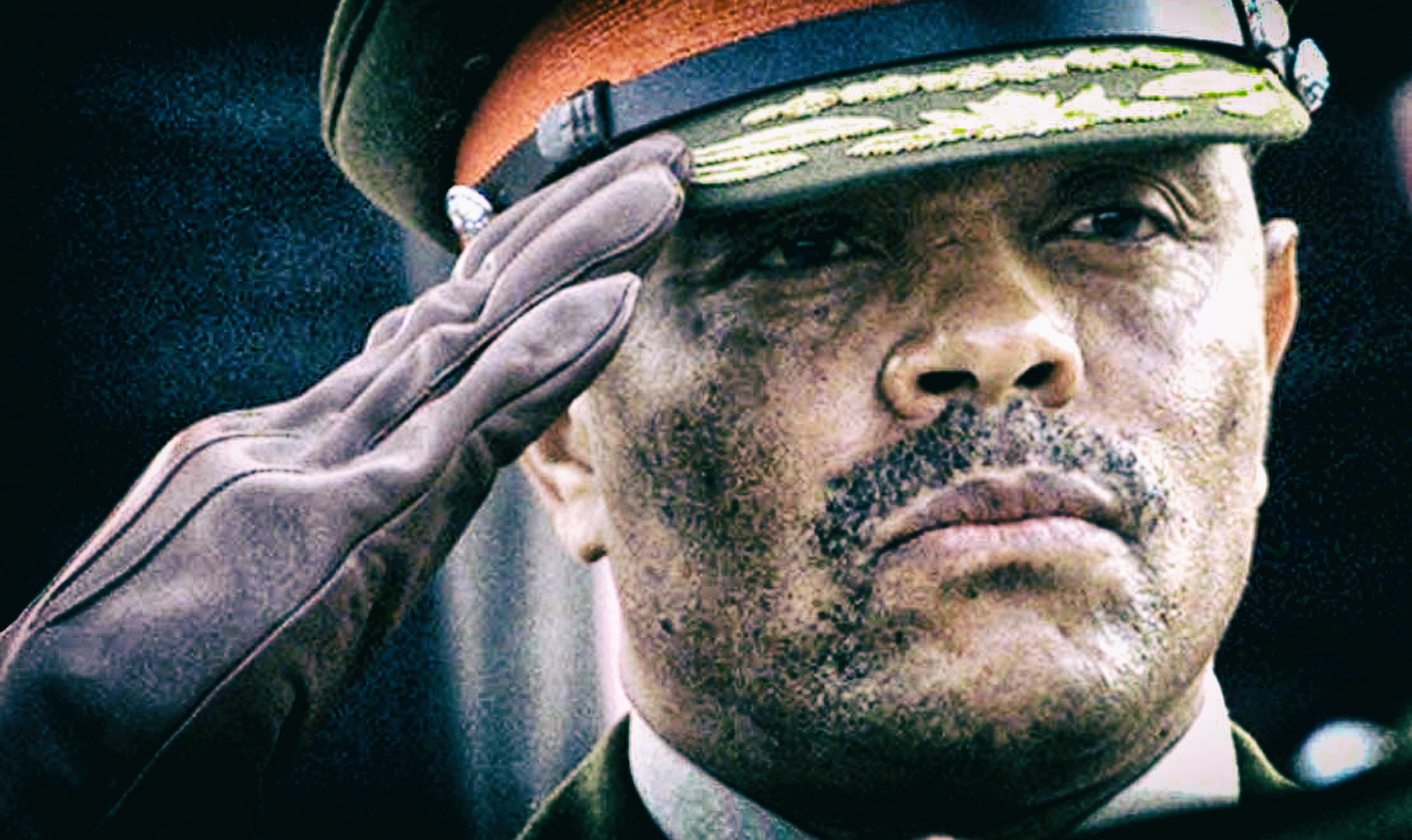 As the ANC’s internal battles intensify, another constituent structure has spoken out about the crisis, calling for the party’s mid-year policy conference to be “canned”. Veterans of the ANC’s now disbanded armed wing, Umkhonto we Sizwe (MK), are stepping up efforts to convene a national consultative conference to open critical engagement to “arrest the further downward spiral of the ANC”. There is also increasing concern from the former MK commanders and combatants about the activities of the Umkhonto we Sizwe Military Veterans Association (MKMVA) and their use of “tropical camouflage uniforms” in their names. By RANJENI MUNUSAMY.

If South Africans are befuddled about the pseudo militia group claiming to be MK veterans parading at ANC events and guarding the party headquarters, Albert Luthuli House, it pales in comparison to how the actual soldiers who fought for South Africa’s liberation feel. Umkhonto we Sizwe’s last Chief of Staff and former Chief of the SA National Defence Force, General Siphiwe Nyanda, says the MK council steering committee has held several meetings with the leaders of MKMVA to discuss their use of their army’s name and regalia.

“We need to address who are these young people that we see at funerals and birthday celebrations?” Nyanda said at a MK Council media briefing at Liliesleaf farm. He said a meeting with MKMVA last week deadlocked as no agreement could be reached on who should attend a MK elective conference they planned to convene in May.

“MKMVA wants to play numbers game and bring all these young people in uniform we don’t know and to swamp conference with people not genuine MK members, to preserve their positions”, Nyanda said.

He said MK disbanded in 1994 and former soldiers integrated into the SANDF, South African Police Service (SAPS) and the public service.

“ We gave up our arms. We don’t have a military force currently,” Nyanda said. “We don’t even have the capacity to provide security for any establishment. We can’t bear arms or provide security to institutions and buildings. That is the responsibility of the SAPS.”

The MKMVA under its president Kebby Maphatsoe has become ardent defender of President Jacob Zuma. During a Democratic Alliance march in the Johannesburg city centre last week, a large contingent of people in military fatigues claiming to be MK veterans were on guard at Luthuli House. They were previously involved in violent skirmishes with ANC members who marched to Luthuli House to voice their grievances about the state of the organisation.

He said irrespective of whether the protesters were members of the opposition or the ANC, an organisation purporting to represent MK could not be fighting against the people.

“We may not and shall not condone such activities. We have never taken an oath to find ourselves fighting against our own people but rather we have always been in support of their angry protest against the system,” Shabangu said.

Responding to questions about the influence of the Gupta family on the ANC, Shabangu said they “appear to be quite powerful to the extent members of MKMVA are defending them”. He said there were questions about how they amassed their wealth.

MK council member Len Rasegatla said there was also concern about MKMVA trying to assert themselves as the political voice of the ANC’s former armed wing. “We have seen a continuous display and abuse of people in tropical camouflage uniform… The ANC is in crisis. As MK, we are not going to be part and parcel of any faction showing up,” Rasegatla said.

Deputy Minister of Correctional Services Thabang Makwetla, who is also on the MK steering committee, said the national consultative conference (NCC) proposed by a group of ANC stalwarts was now urgently needed. The MK council has proposed that the ANC’s June policy conference be cancelled and the NCC be held instead. Makwetla said the source of the ANC’s problems were not its policies but the state of the organisation.

“Those benefiting from the wrong practices that are there in the organisation are not going to give up the fight. That is why we are not going to back down on this demand for an NCC,” Makwetla said. “We have a clear sense of where the resistance is coming from. Let those forces against the attempts to rectify what is wrong with the organisation come out to the open and be exposed.”

Nyanda said they were pursuing the idea of the NCC because they did not believe all was lost. “Some people think ANC is a lost cause. We think we can give it a lease of life.”

He said the former freedom fighters however believed that the interests of South Africa came first. “Our allegiance is to the country and then to the ANC. We joined the ANC because we thought the ANC was best instrument to advance national liberation,” he said.

But the ANC no longer embodied the values of people who fought in the liberation struggle, such as the generation of Kathrada, Nyanda said.

“That is why we are here. We realise that the ANC in whose name we fought for the people of SA has strayed from those values.” DM

Photo:  The Chief of South African National Defence Force Siphiwe Nyanda salutes the General Officer commanding the North West province April 27, 1999, during Freedom Day Celebrations in Umtata stadium. This was the last Defence Force day parade which President Nelson Mandela attended in his Capacity of Commander in-Chief of the armed forces, before his retirement after the country’s second all-race elections on June 2.