#OccupyLuthuliHouse takes the fight to remove Zuma to i... 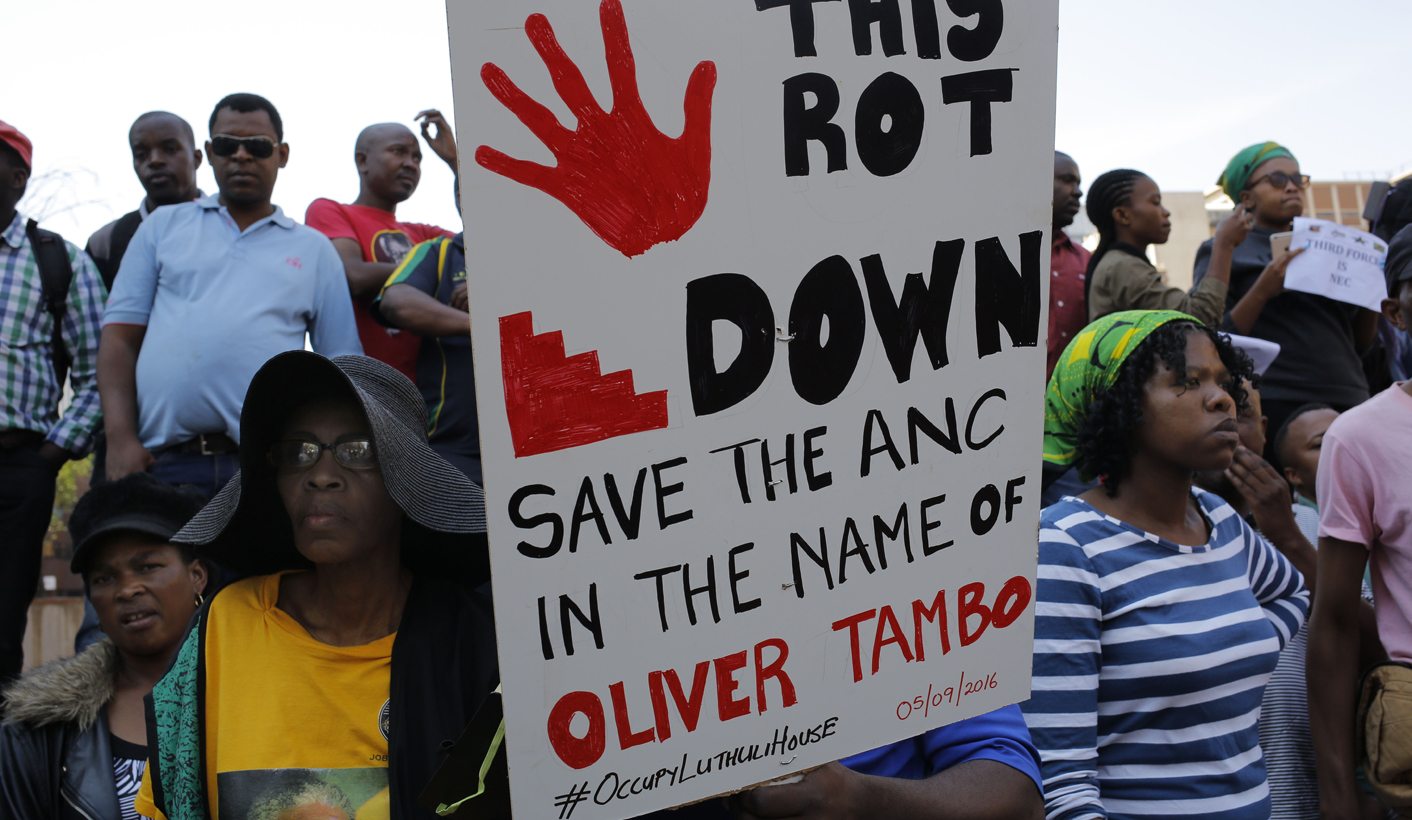 In September a group of ANC members, fed up with president Jacob Zuma’s leadership and what they saw as ANC incompetence, staged a sit-in at the ANC headquarters Luthuli House. So where are they now? By BHEKI C SIMELANE.

On 5 September 2016, Sasabona Manganye and Gugu Ndima led about 100 members of the ANC to stage a sit-in at Luthuli House, the party’s headquarters. They were not successful in gaining access to the building due to the efforts of the MKVA who arrived en masse to protect it, but the action dubbed #OccupyLuthuliHouse, which called for the resignation of Jacob Zuma and was aimed at raising concern over the state of the party, did not go unnoticed as calls were made for those who took part to be disciplined.

But against the backdrop of thousands marching for Zuma to step down or be recalled last Friday and thousands more preparing to take to the streets on Wednesday, there seems to be a deafening silence from Manganye, Ndima and the rest of the #OccupyLuthuliHouse group.

Responding to queries about their silence, the two leaders told the Daily Maverick that they were still active but no longer referred to themselves as  #OccupyLuthuliHouse.

Ndima said the group had taken the decision to raise their concerns within recognised party structures, believing that this would be more effective. “Many people have spoken out on the current state of the country, including ANC members. Many people have considered the challenges facing the party and the country even at NEC level,” Ndima said.

Manganye said they deliberately chose to distance themselves from Friday’s anti-Zuma marches because the organisers did not share the same agenda. Manganye said the Democratic Alliance’s (DA) agenda was different from the groups.

“They want to advance white monopoly capital, and unfortunately theirs is to politicise the issue to the extent that they want to benefit as a party. We couldn’t have supported those kinds of actions,” he said.

“Much as we have our own demands, we do not want to play into (the hands) of the opposition,” Manganye said.

Manganye said the reason the group had not been heard from since September last year was because a number of the demands they made last year had been addressed through their internal engagements with the ANC leadership.

Manganye said the issue of the president being subjected to the party’s Integrity Committee was already under discussion and a consultative conference was to be held. “So, I’m saying there is a lot happening behind the scenes in response to some of the demands we made last year,” he said.

“We indicated last year that it should be something done within the structures of the ANC, and it continues like that,” Ndima added. “Everything depends on what the ANC leadership will decide.”

Ndima and Manganye said although there has been action through their engagements with the party, the group was not happy with the progress made in getting Zuma to resign as the country and party’s president.

The group said it wants the Zuma matter to be finalised because “another day in office for Zuma costs the country dearly and  costs the ANC votes”. The group said the relegation of the country to junk status by credit ratings agencies Standard and Poor and Fitch spoke volumes.

The group said its hopes of getting the President to step down now lay with the Integrity Committee, which had summoned Zuma. They feel that the ANC NEC should also resign with Zuma because it had also failed to discipline him, and that hopefully the Integrity Commission’s determination will be respected by both the ANC NEC and Zuma.

“Solving the country’s challenges has to begin by fixing the ANC, which is why no one can remove the President out of office unless through the ANC,” Manganye said. DM