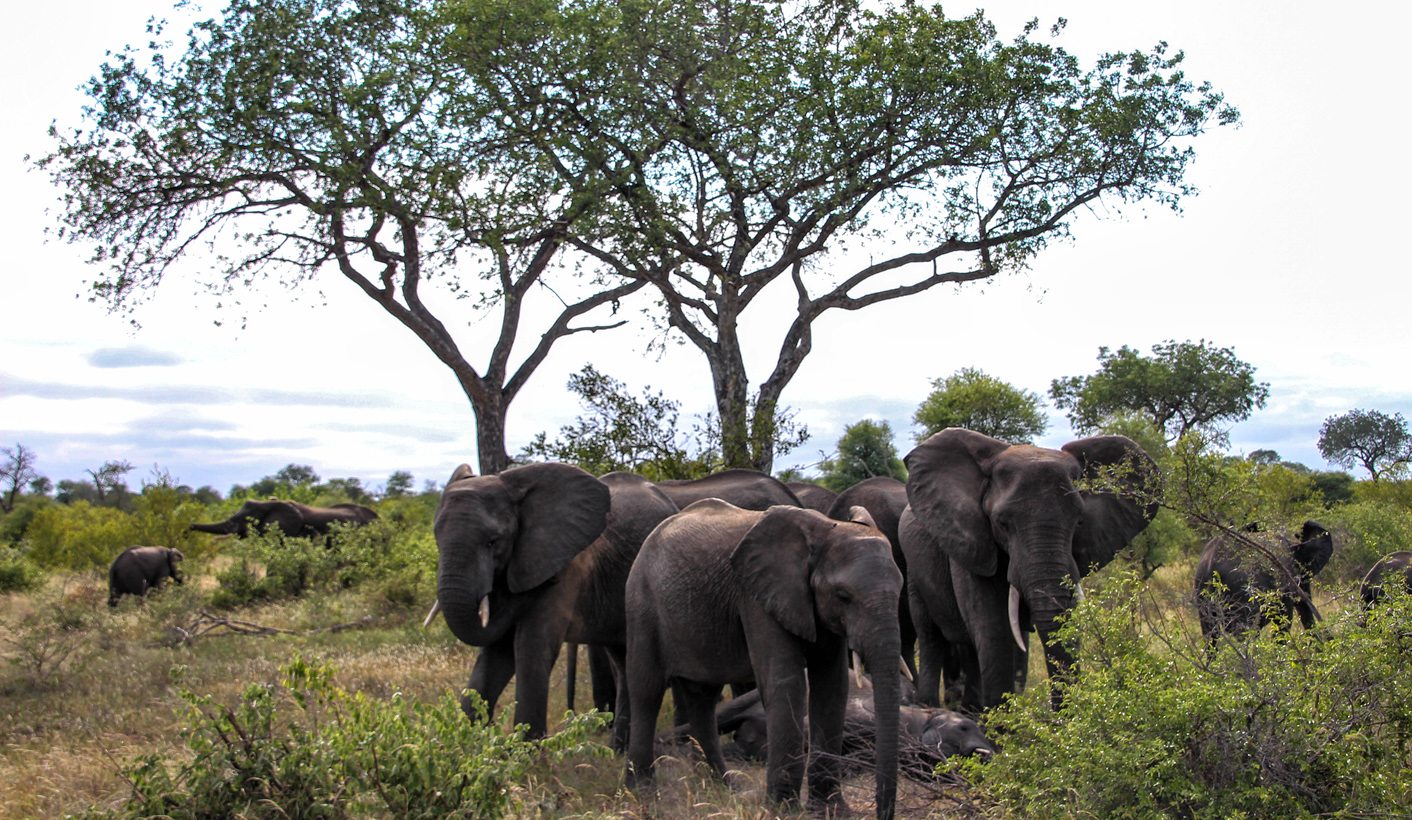 In response to “insults” from Simon Espley, DON PINNOCK responds that his article on Daily Maverick wasn’t an attack on hunting but rather on the Associated Private Nature Reserves’ specific request to hunt a trophy bull elephant.

Regarding my report on the proposal by Timbavati to hunt a trophy bull elephant, writes DON PINNOCK, I note that you wish Daily Maverick to carry the article you wrote on Africa Geographic, the website you own. I would normally read your post with interest and ignore your insults – that I indulged in activist thuggery, fake reporting, emotional bulldozing and utopian solutions – because those are the sort of comments any half-decent investigative journalist often has to put up with. But Maverick asked me to respond so, okay, here goes.

Just to do a bit of prior bush clearing, I presume you paid for your flight from Cape Town and your accommodation at whatever luxury lodge you stayed in. I also presume that the very nice adverts from lodges in the area that you carried in the story were free to their owners – moral support, given the siege you say I have placed them under. I ask only because I was offered a free flight and accommodation by the chair of the APNR when I mentioned that I was working on the article, but refused, aware that there is never a free lunch.

The real issue, however, is not about you or me but about an elephant. I agree with you wholeheartedly that I’d like to believe every reasonable person wished that trophy hunting as a means of game reserve funding would stop. But if the APNR’s business plan requires that 61% of its revenue comes from trophy hunting and only 17% from visitors, I don’t see how they’ll manage that for a long time to come. In fact it’s worth asking whether APNR’s core raison d’etre is hunting, conservation or tourism.

The information which you call fake reporting and on which my article was based is in fact the minutes of the APNR offtakes meeting of 10 November 2016 and SANParks unfavourable responses thereto in January and March 2017.

My article, however, wasn’t an attack on hunting – though, like you, in a world of rapidly declining wildlife, I find it unpalatable – but rather on the APNR’s specific request to hunt a trophy bull elephant.

In discussions with several officials from the APNR and Kruger Park after my feature was published, they all justified the proposal through verbal sophistry that a trophy bull wasn’t a super tusker or a 100-pound bull so, in a sense, to hunt it was okay. I used the term “super tusker” as a general description of a very large-tusked elephant. Wrong move! It was pounced on as a shield (“we would never hunt a super tusker”) beneath which a very large elephant could be hunted. Your headline buys into that.

The APNR hunting protocol does preclude the hunting of an “iconic tusker” (named, collared?) but adds that if the bull is over 50 years old with unlimited tusk weight it could, given the granting of a licence, be shot. Saying that there are few elephants with tusks over 100 pounds is simply ducking the fact that if an uncollared, unnamed older elephant with unlimited tusk weight happened to wander across the unfenced boundary between Kruger and the APNR it could be hunted as a trophy.

I’m going to step back a moment and say this very loud (because it’s the real issue): on a continent where elephant populations since the mid-1970s have crashed from well over a million to 450,000 and when 82 elephants a day are being poached in Africa, WHY ARE WE STILL HUNTING ELEPHANTS? And, come to that, why has the APNR applied to trophy hunt lions, rhinos and giraffes (who the hell “hunts” a giraffe?) as well as 34 elephants?

So why was a trophy bull placed on the hunt list? I’m just speculating here, but I would think a hunter offered to pay a large sum for such a kill and, another guess, that he was a member of Safari Club International, an organisation which facilitates the death of hundreds of thousands of wild animals.

But, like you Simon, I’m merely a journalist, so I asked a few specialists in the elephant field to have a look at your article and give me some thoughts. Did I go off track? Happy to admit if I did. This is the reply from elephant expert Audrey Delsink, director of Humane Society International-Africa:

“It’s alarming to see how many bulls were included in the APNR off-take. The off-take of these bulls is purely a numbers game (demographically speaking) – it’s in direct conflict with Kruger Park’s new management strategy of ‘managing the way in which elephants utilise their landscape’. There is a mismatch in scale concerning the management of the KNP and APNR, which should be viewed and managed as a single autonomous ecological unit.”

“In my opinion, hunting in an area where the fences have been dropped with Kruger Park flouts national legislation that prevents hunting in protected areas. The agreement is out of date and a loophole that needs to be closed.”

She has a point, if you think about it. Animals in protected areas are supposed to be held under trust for all the people of South Africa. They’re our national inheritance. Animals naturally at times migrate into private land adjoining protected areas where there are no fences (and sometimes even if there are fences). Effectively, the people of South Africa are the owners of such animals.

Landowners in the APNR adjoining protected areas like Kruger are priveleged to have access to these animals. But requiring animals to pay for reserve upkeep through sale of their bodies isn’t conservation, it’s farming.

I have no axe to grind with the APNR. Their land is better protected the way it is than being farmland, so I applaud what it does in that respect. And it’s a great place to visit. But as the poaching tsunami heads south from the devastation of East and Central Africa, I think we should be seeking to protect “trophy” (large, older) elephants that carry the wisdom and large-tusked genes of their species and not use them to subsidise landowner costs.

Finally, not something I really wanted to do, but in response to your charge of fake reporting, below is the hunting offtake for 2017 applied for by the APNR. It’s a screen grab from the APNR minutes so it’s not a fake list: This is the information that started the story in the first place. DM