South African ‘Serial’ podcast continues – with a panga fight, a paralysing shootout and talk of a movie (Episode 2) 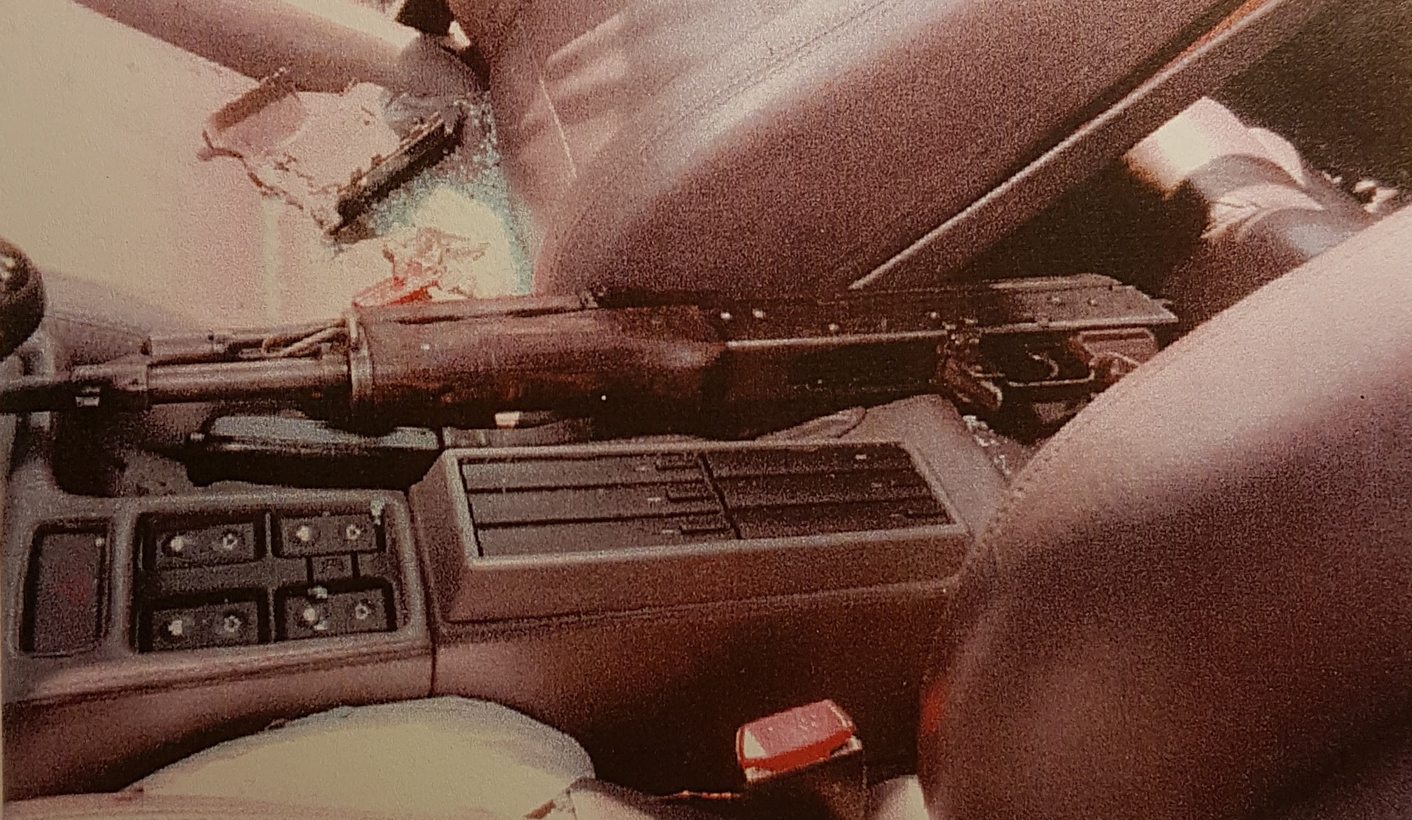 The second episode of the eight-part podcast series, Alibi, which explores whether double murder, double attempted murder and robbery convict Anthony De Vries is innocent as he claims or guilty as the state found, starts as the search for Anthony’s paperwork, but evolves into a tender exploration of torture and movie stardom. By PAUL McNALLY.

I discovered the case of Anthony De Vries in early 2015. Since then I have pulled apart each section of the case, trying to figure out if Anthony was innocent or guilty. My investigations led me to Ennerdale, where Anthony grew up, to visit his brother Selwyn.

Ennerdale is a pleasant facebrick suburb with wide streets and the odd bicycle. When I start talking to Selwyn he is incredibly candid and engaging. He is muscular, ex-army and navigates his wheelchair nimbly. He tells me the occasions of when he was tortured by the police during apartheid in graphic detail. He tells me how he lost the use of his legs during a shootout with the police and wanted to die while at the hospital under police guard by orchestrating a bloodbath. He begged his younger brother Anthony (the man whose case we are investigating) to bring him a gun so he could shoot his way into suicidal oblivion.

Despite the wrath of Selwyn, our man Anthony refused. This warms me to Anthony considerably – the thought of defying his older brother in order to save his life feels like an incredible act of courage. Now, years later, Selwyn has a wife and baby – during our discussion you can hear happy gurgles in the background as a bath is prepared for the little kid.

We dig through Anthony’s paperwork: court records and photos. Selwyn shows me one where Anthony has just been arrested: he is bright red and completely covered in blood. It is a stunning image – the mid-’90s sun caking the blood into his well-kept, black curls. The level of violence and blood is escalating on this case week on week.

To lighten the mood I tell Selwyn that I heard he has a history of being “political”, that the reason why he was on the run from the police was that he had been fighting apartheid. Anthony told me he was very proud of his older brother for his political leanings. Selwyn had made an enemy of the police, I’d been told, for being an activist. This was Anthony’s parting message to me.

Selwyn stares at me for a second. Then he laughs – a rough, mocking sound mixed with louder sounds of squeaking from his wheelchair. A large part of building a longform investigative series is trusting your subjects, Anthony included. The close relationship I so coveted before I started had begun to take root between Anthony and me and the possibility of betrayal was lurking as Selwyn laughed in my face. This detail around Selwyn’s character and why he was in trouble with the police, punctuated by that grating chuckle, blows up the second episode of Alibi and propels the series in a completely unexpected direction.

Selwyn tells me – as I leave with armfuls of paperwork – that I should think about making a movie of his life. We laugh at the notion, but it’s what I was considering as well. DM

Alibi is an eight-part podcast and radio series.

The show is broadcast weekly on SAFM at 14:30 on Sundays.