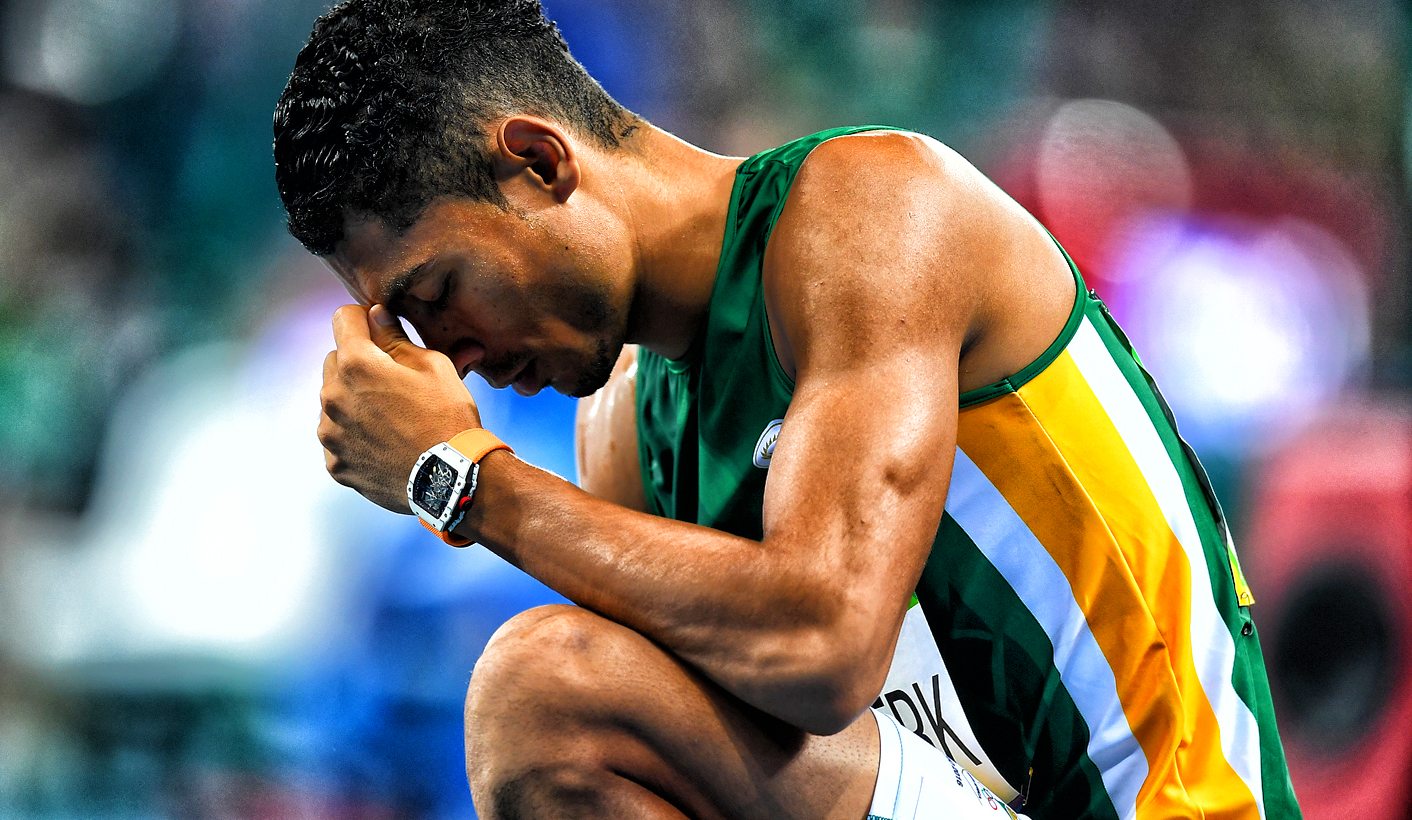 Lightning fast and super cool, Wayde van Niekerk left Usain Bolt, Yohan Blake and a bunch of South Africans completely speechless when he smashed the World Record for the 400m at the 2016 Rio Olympics. By ANTOINETTE MULLER.

Selecting Daily Maverick’s Sports Person of the Year is never an easy task. Every year, a number of athletes make their mark on their respective sports in one way or another. This diverse group of extremely talented people not only make the jobs of sports writers a joy, but they bring so much happiness to the citizens of their respective countries.

Making this year’s decision was no different. Temba Bavuma, for the impact he had as becoming the first Black African batsman to score a century both in Tests and one-day internationals, was a strong contender. Caster Semenya, Sunette Viljoen and Luvo Manyonga all performed exceptionally at the Rio Olympics and all overcame adversity in their own ways. Kagiso Rabada continues to excel in all formats and Akani Simbine continues to grow as a 100m athlete, while Ntando Mahlangu won a silver medal at the Paralympics aged just 14. It’s fair to say that despite the woes of the national rugby team it has been a golden year for many of South Africa’s sports stars. Thus, naming the sports person of the year is no mean feat.

In the end, it was impossible not to single out Wayde Van Niekerk’s exceptional Olympic achievement, even if it felt like the “easy” option. In the context of athletics, his magnificent achievement of not only winning gold in the 400m at the Rio Olympics but smashing the World Record in the process was one of the greatest achievements ever by a South African sports star. Usain Bolt’s reaction to that win said it all. To do what Van Niekerk did from the outside lane takes an extraordinary athlete.

In the context of South African society, Van Niekerk’s victory sparked a debate about coloured identity. He also completed a story that started with his mother, Odessa Swarts, competing on the international stage when she could not because of the country’s oppressive past.

We should never put the undue pressure of being a role model on athletes – they do not ask for that burden – but it is rare for a professional sportsperson to wrap up so many of this country’s mad and brilliant discourses in just over 43 seconds, and that’s before we’ve even considered that he was born premature. His mother joked that he was “always fast”, but if his Rio performance is anything to go by, he could get even faster.

Anyone who got up – or stayed up – to watch Van Niekerk clinch gold will tell you about the adrenalin injection that coursed through their veins at 4am that morning. It was one of the top sporting moments in the country’s history and there’s no doubt that he will go on to create many more of these emotional roller coasters.

Van Niekerk’s athleticism does not need cooing over much more. We have seen what he is capable of and we now know what to expect from this young star who is still only 24 years old and only really started to take sprinting seriously in 2009, having preferred high jump previously.

The South African now has the world at his feet, and not to toot our own horn or anything, but we did tell you it was bound to happen.

We named Van Niekerk our sportsperson of the year in 2015, too. At the time, we wrote: “South Africa’s golden boy is just 23 years old, and if his track performances this year are anything to go by, he could have the world at his feet at next year’s Olympics in Rio; 2015 arrived and Van Niekerk blew everyone away. He calls himself Wayde Dreamer, but dreamers always chase and never get it. If this is Van Niekerk’s idea of dreaming, we can’t wait to see what happens when he gets it.”

It’s fair to say that Van Niekerk has “got it” and then some. DM