Wayde van Niekerk: The son of our soil whose story has come full circle 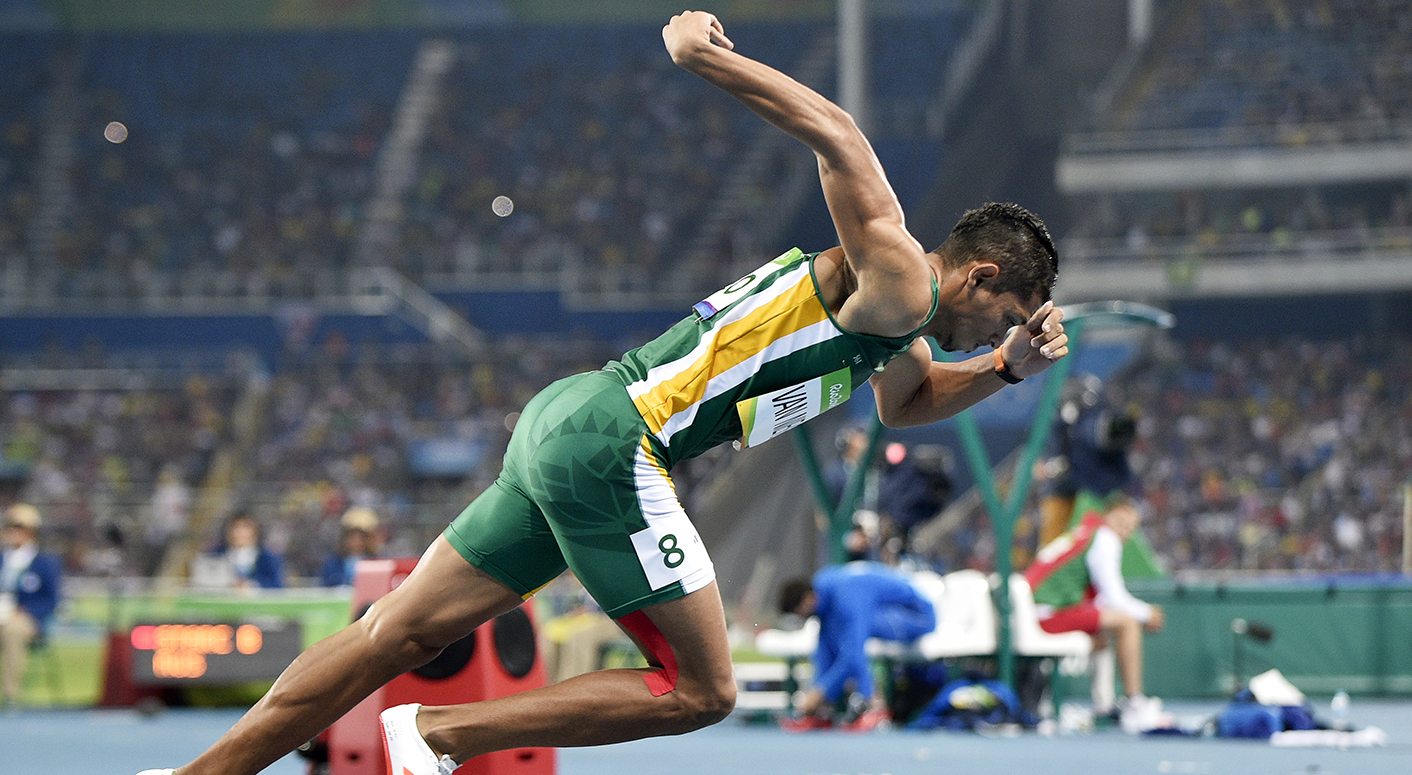 Wayde van Niekerk made history on Sunday night, winning South Africa’s first ever gold since readmission in the 400m men’s event and smashing the world record in the process. BY ANTOINETTE MULLER

But if you had asked Odessa Swarts on 15 July 1992 if she thought that she would be on the side of an Olympics track watching her son in 2016, she might have been a bit hesitant to say yes. Van Niekerk was born prematurely at 29 weeks, weighing just over 1kg. Doctors said he could very well end up being disabled. At the time, it did not matter to Swarts, he would still be her blessed son.

Somehow, Van Niekerk beat all the odds.  She jokes about it now, saying that Van Niekerk was “fast from the start”.

It was an exceptional race with Van Niekerk starting off strong on the outside lane and “running blind”. As he reached cruise control, Van Niekerk only seemed to get faster. A few meters from the finish line, there was nobody near him.

In the build up to Sunday night’s 400m final, Van Niekerk had looked impossibly cool. In the first round of heats, he barely broke a sweat. He won. In the semi-finals, he barely jogged. He was second.

Earlier this year, 100m record holder Usain Bolt described Van Niekerk as “a cool person”. And how cool was he on Sunday night?

This result comes from years of hard work from a naturally gifted athlete who showed a knack for running from an early age. The talented 25-year old first came to prominence in 2011, winning the 200m title with a personal best of 20.57 seconds at the South African Athletics Championships. But the best was still to come for South Africa’s king of cool. In 2014, he won silver at the Commonwealth Games. A year later, he became the first athlete ever to run 100 metres in under 10 seconds, 200 metres in under 20 seconds, and 400 metres in under 44 seconds.

By the time he was crowned the world if anyone was still confused, it was obvious that Van Niekerk was in the business of excellence and will be for years to come.

But as we celebrate the wonderful achievements of the country’s Olympians, who have dedicated years of their lives and months of agony to get here, we should not forget the people who allowed this to be possible.

When Van Niekerk won the world title last year, Cheryl Roberts wrote an incredible piece on how the 400m runner’s effort was a way to repay his mother’s sacrifice.  Swarts would subsequently dismiss that notion in an interview with the Mail & Guardian, saying she never really harboured ambitions of representing her country and that her son’s achievements are his own.

That they are, but in the context of South African sport, Swarts’ story cannot be ignored.

Growing up under the oppressive apartheid regime, she set provincial records in both the 100m and 200m and had no fewer than six of them to her name – provincially and nationally – by the time the country entered democracy, according to her profile on athleticsclipboard.co.za.

Swarts might never have  harboured ambitions of international competition but that was, at least in part and by her own admission, because the South African runners of those days did not have role models they could relate to.

As South Africa enters its petulant adult years, we must not forget how far we have come in what is just a few short years. We must not forget how incredible it is to have the sons and daughters of our soil competing, achieving and excelling on the international stage.

And we must not forget the sacrifices it took to get there. The sacrifices by the very people now cheering them on from the sidelines. Not all of these sacrifices will cut as stark of a contrast as Odessa and Wayde’s journey, but we must not let these stories be forgotten.

Sport’s role in the liberation struggle is well-documented. It might not have been the sole catalyst for apartheid’s downfall, but its part cannot be ignored. To this day, sport can be one of the most powerful tools to continue the journey to unification, even if at times politicians might not make it seem that way.

And that’s why, as we celebrate the country’s great athletes, we must not forget that over twenty years on and South Africa remains a deeply divided country with struggles we would be foolish to ignore. Twenty years on and there are still young athletes who cannot compete on equal footing with others because of their circumstance and apartheid hangovers. We should never forget it and never get complacent, but we should not ignore what this country has achieved.

Two decades into democracy, we’ll never know what Odessa Swarts could have achieved on the track. And she might not care. But we can’t thank her – and others like her – enough for the sacrifices she made for us to have the privilege of sharing her son’s success. DM

Correction: A previous version of this article did not state in the subdeck, as it does in the body copy, that Wayde van Niekerk’s medal was the country’s first gold in the event since readmission. That has been updated.