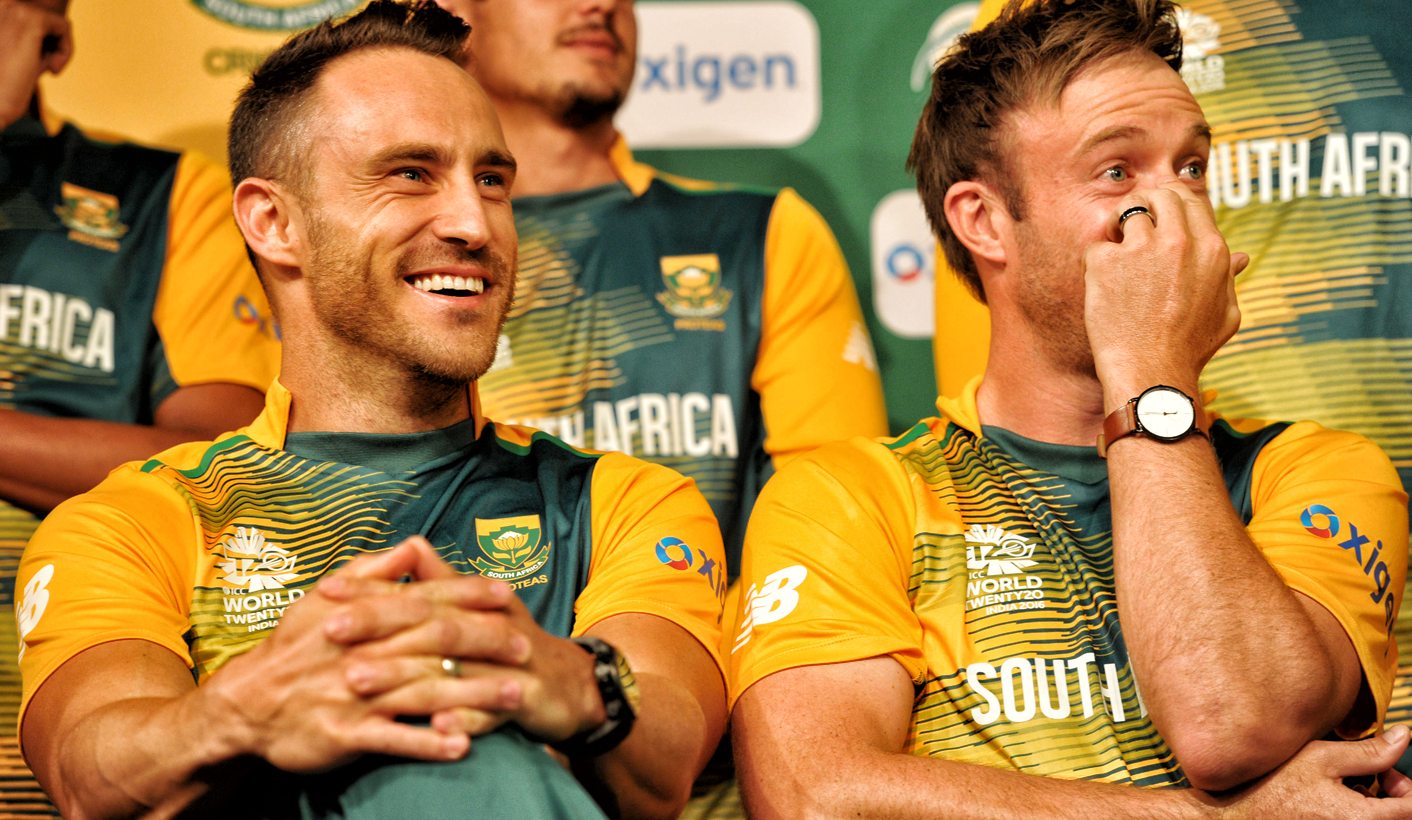 It’s not been a great week for sporting news and 2016 just can’t end soon enough. The second best part about this sporting week is without a doubt the goal scored by Baroka FC’s goalkeeper. The best part by far is his celebration. Here’s a wrap of some of the week’s sporting highlights. By ANTOINETTE MULLER.

While the Springboks continued to disappoint, the Proteas wrapped up an impressive 1-2 series win over Australia Down Under. Despite losing the final Test, they won their third series on the trot on Aussie soil.

Banyana Banyana crashed out of the women’s Africa Cup of Nations after losing to Nigeria in the semi-final, having won, lost and drawn a game during the group stages. While losing in the semis might sound like celebrating mediocrity, the national women’s football team deserves buckets of credit for what they continue to achieve despite having limited resources and no professional league.

For those looking for an escape from the grim realities of South African rugby, the Sevens World Series kicks off in Dubai this weekend and, as ever, the Blitzboks are one of the favourites. And hey, if they don’t do as well as expected, at least it’s all over in a few minutes.

Between all of this, though, the biggest sporting story of the year is, without a doubt, the tragedy that engulfed the Chapecoense team. A plane crashed killed almost the entire squad as they were on their way to play in the final of a vital cup competition. The response to the tragedy offers some light in a very dark world, but it doesn’t make the event any less harrowing.

Everything else that happened pales in its significance, and it’s not made any easier by the fact that there was precious little good news out there this week as it is.

Referred to the third match official: Fancy Bears at it again

The hackers have been quiet for a while, but struck again this week. This time, the Fancy Bears group hacked private e-mails of senior anti-doping officials. The e-mails were siphoned in two separate attacks on both the World Anti-Doping Agency (Wada) and the United States Anti-Doping Agency (Usada). Among the mails are conversations relating to high-profile American athletes who might have had “unusual” blood values. It also reveals that US Olympians might have been taking cocaine to lose weight and suggestions that one other athlete, who hasn’t been banned, had a blood transfusion a year before a big race. The e-mails also contain personal details of Wada president Sir Craig Reedie. While we’re all for exposing conniving, we’re not so sure releasing people’s private details is the best way to go about winning favour.

Former junior world number two, Thando Hlatshwayo, died aged just 20 this week. She lost her battle to meningitis. She started playing in 2009 and represented South Africa in the sport just two years after starting her career. She was ranked 49th in the world in the women’s division with her best singles ranking at 36th, and her most notable career moment was reaching the finals of the Airports Company South Africa Johannesburg Open, an ITF level 3 event at Ellis Park Tennis Stadium in December 2015. She last played in October, when she won a doubles title and finished as runner-up in the singles event.

Onside: Faf and AB to have a chat

While we’ve already talked about Faf, the stand-in skipper and his old mate AB de Villiers will apparently sit down and have a chat about the captaincy gig. Chief selector Linda Zondi said in an interview with Sport24 that the two will talk things through in the coming weeks. Du Plessis impressed with his captaincy in both the limited-overs series against Australia on home soil and in the Test series Down Under. While Zondi was adamant that De Villiers is “still the captain”, he did say it would be foolish to ignore Du Plessis’s achievements. De Villiers is expected to be fit for the Boxing Day Test against Sri Lanka, which would technically mean that he resumes his duties. Unless, of course, he decides he doesn’t fancy it any longer.

South Africa’s bid to host the 2022 Commonwealth Games has been neither here nor there since Durban was awarded the contract by default last year. The country continuously failed to meet deadlines and TimesLive reported this week that despite finally meeting the deadline for submission of documents, there is still a chance the city could lose the Games. An assessment will now be made to determine the city’s readiness. If their time-keeping is anything to go by, the answer is probably a big fat no, but considering cities aren’t exactly lining up to host the event, maybe Durbs will get away with it.

Onside: Best goal ever by a goalkeeper and an even better celebration

In case you haven’t seen the goal by Baroka FC goalkeeper Oscarine Masuluke, here it is. Baroka were trailing 0-1 against Pirates in the PSL this week and Baroka opted for the genius tactic of “let’s all go for it and hope something happens”. Luckily for them, something did happen. And it was amazing. Masuluke managed this masterpiece.