The Paper Round: What now for Allister Coetzee?

The Paper Round: What now for Allister Coetzee? 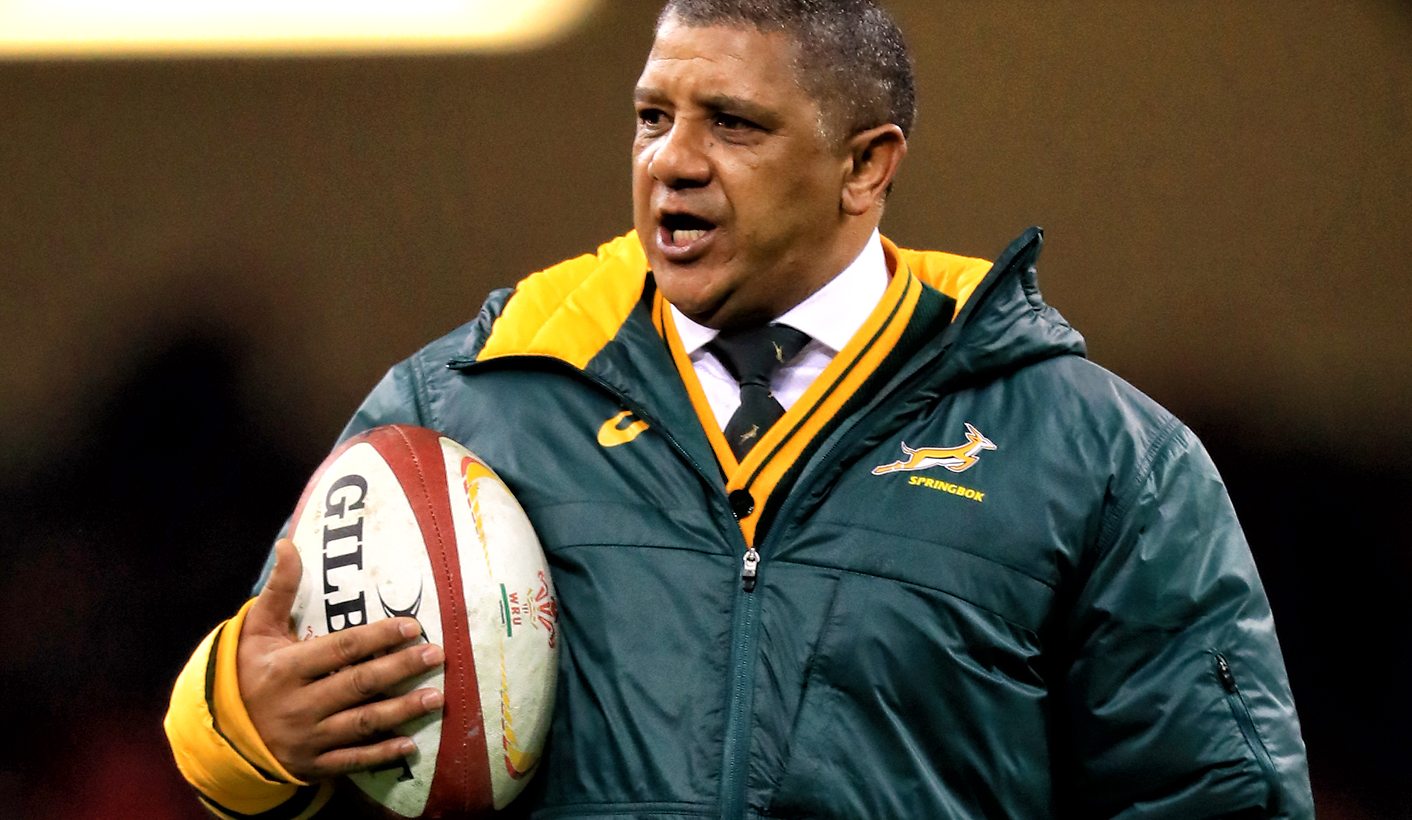 The English press lamented the Boks as being “utterly appalling” while pretty much every publication in South Africa called it the “worst season ever” (and they’re not wrong). By ANTOINETTE MULLER.

The horror show that was the rugby season of 2016 is finally over. With losses against England, Wales and Italy to show for their European tour, the Springboks will probably do all they can to forget about rugby for a little while. At times, it looked like they were doing a sporting interpretation of the year 2016. This decline is nothing new, but it has been a while since it has been so acutely evident. And at the centre of this unrelenting storm is coach Allister Coetzee.

Since the hammering in Europe, Coetzee has been defiant. “I can understand that fans are unhappy and they’d like me to go,” the Springbok coach told Netwerk24.

He added: “I’ve been appointed to 2019 and I want to make sure that when I leave I do so with a firm, concrete, tangible blueprint in place for how the Springboks must be run.”

A critical point, considering much of the discussion from the pundits, including Nick Mallett, is whether or not there is a performance clause in Coetzee’s contract. Nobody seems to know the answer to that question, but almost everyone seems to think that Coetzee must go, whatever the cost.

Mallett said in the SuperSport studios that while he “feels sorry” for Coetzee, “better coaches have been fired”. What even the best coach in the world might be able to achieve with this group of players, we might never know, but over on Vodacom Rugby, Zelim Nel is scathing in his criticism.

He writes: “As was the case at the Stormers between 2012 and 2015, Coetzee has mastered the art of deflecting criticism for his direct role in the poor performances of his teams, fudging the issue with innuendos about external factors and promising a brighter future based on ‘learning lessons’. Unfortunately, the affable Bok coach has proven to be a poor student of the game and it’s debatable whether he’s learnt any lessons at all.”

Well, meow – or whatever sound a lion makes when it has just devoured a freshly killed bokkie and gobbled it all up in one gulp. The important thing to remember, though, is that Coetzee is not solely to blame for this and while he should carry a large share of the liability, his support staff cannot be absolved from their part in this car crash, but neither can SARU.

Rumour has it that at least part of the reason why Coetzee ended up with Johann van Graan, left over from the Heyneke Meyer era, is because SARU don’t have the cash to buy out his contract, which was extended when Meyer opted out. Mzwandile Stick and Matt Proudfoot are both new faces, but all four coaches are complicit.

At least Coetzee takes some responsibility for this, saying: “As a group – coaching staff and players – we have really let ourselves down, our organisation down and our country down. Therefore I take full responsibility for what has happened on the field. The SA Rugby administrators and I will be in discussions, obviously, and we will do a full review of this year.”

Still, there seems to be no getting away from the “worst ever season in Bok history” tag, which is what SA Rugby Magazine mostly led with. Over on Sport24, Rob Houwing bemoaned the “poverty of the product” saying that things wouldn’t have been quite so grim if the Boks at least showed that they were moving in some sort of direction.

The Boks couldn’t escape the scathing scribbles of the English press either with The Telegraph’s James Corrigan lamenting the “utterly appalling quality of the South Africans”. For good measure, he added: “A pathetic impression of everything the Springboks represent. They are fully deserving of the ignominy of losing a record eight Tests in a calendar year for their country.”

Ouch, again. Meanwhile, now-retired captain Adriaan Strauss promised to be “ruthless with the truth when the time is right” while Bryan Habana posted on Instagram about how 2016 was the lowest point of his career.

But none of this answers the question of what now for Coetzee?

SARU promised (another) review of how this all went to hell in a handcart following the loss against Wales, but come on, who are they kidding? Coetzee will meet with SA Rugby management on December 9. And the rumour mill will swirl and swivel as the days leading up to that. Many have said that if Coetzee has any “integrity” or “honour” he would “do the right thing” and stand down by choice.

But let’s be real. If you were Coetzee, what would you do? Knowing that you’d basically been set up to fail right from the start, would you walk away without getting a cent of compensation for the absolute horror show you had to go through? One man’s right thing is another’s pity pay. DM