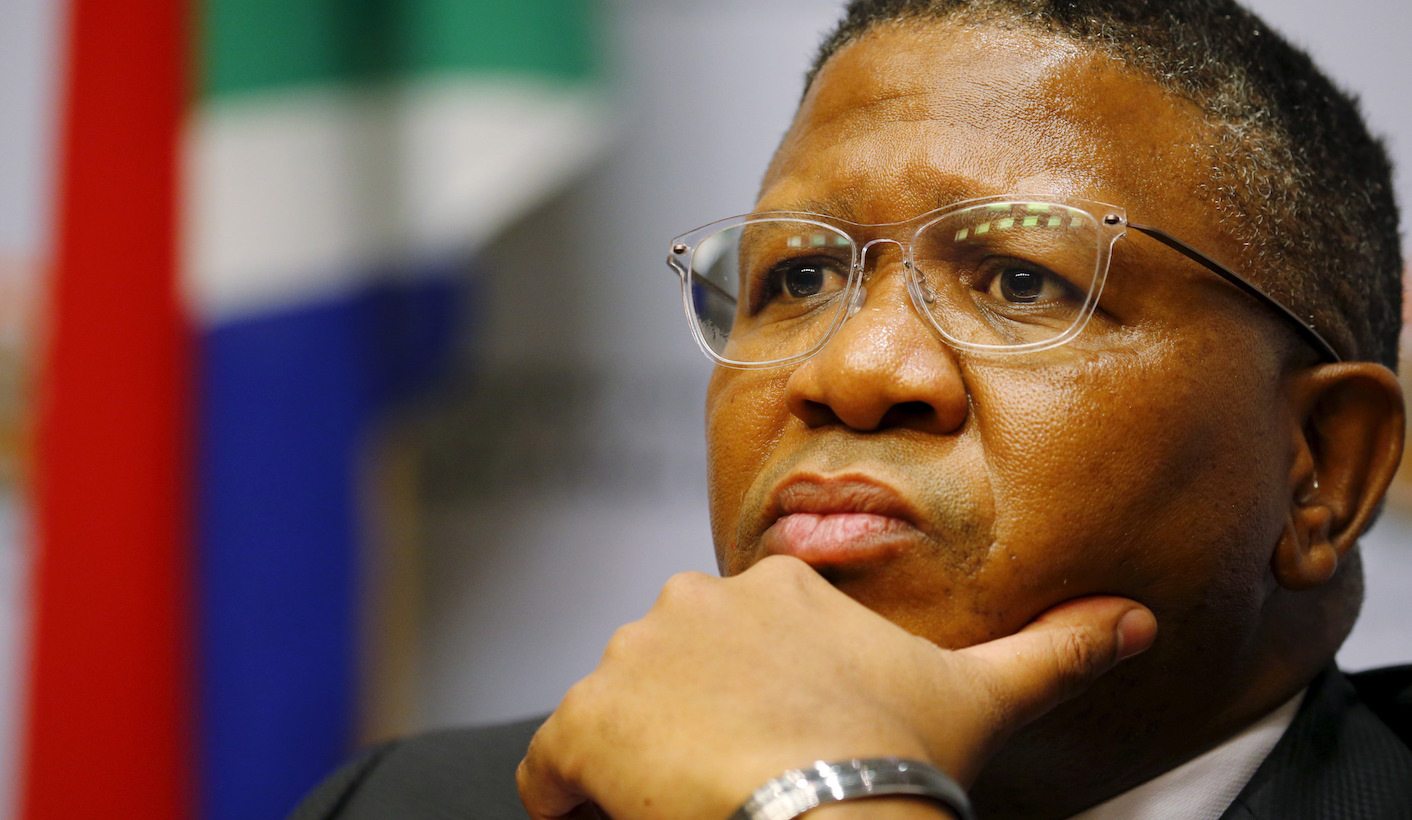 South Africa has officially been announced as one of the host nation candidates for the 2023 Rugby World Cup. Considering that just a few months ago Minister of Sport and Recreation Fikile Mbalula banned the country from bidding, this announcement raises some serious accountability issues for the department. By ANTOINETTE MULLER.

Earlier this week it was confirmed that South Africa will be vying for rights to host the 2023 Rugby World Cup alongside France and Ireland. Anyone who has kept an eye on South African sport over the last few months will know that this announcement came as something of a surprise.

In April, South Africa’s Minister of Sport and Recreation, Fikile Mbalula, revoked rugby’s privilege of “hosting and bidding for major and mega international tournaments in South Africa” as a “consequence of not meeting their own set transformation targets”. Three other sporting codes were also punished, but despite the sanction, the South African Rugby Union (SARU) went ahead and submitted its bid for the 2023 Rugby World Cup anyway.

“Rescinding the ban will be determined in the coming year in terms of how far they (SA Rugby) have gone in terms of targets. If SA Rugby has done well‚ then of course we will look to review the ban and the decisions that we have taken‚ but for now they stand. We have said that we will impose it for the year under review and that is what we’ll do. Next year we will pronounce whether we rescind or intensify.”

One of the criteria for submitting a bid is to show that the government has backed the bid. Italy, for example, withdrew their bid because they could not get this backing. Considering how insistent Mbalula was at the time the Eminent Persons Group (EPG) report that led to the sanction was released, it seems mightily curious that South Africa has been announced as a candidate.

Daily Maverick contacted World Rugby who simply said that it is not a matter for them to comment on and as far they are concerned, they will be “proceeding to the next phase of that process with three candidates, namely FFR, IRFU and Saru”.

Saru told Daily Maverick: “We have submitted an application as per World Rugby’s deadline. However, whether we will be permitted to pursue the process depends on whether we have met the targets we have agreed with Government. The Eminent Persons’ Group reports back in March next year when we will know whether we will be able to continue.”

It seems, then, the bid has been backed by Mbalula “in principle” – quite a change from his grandstanding and persistence earlier in the year. Daily Maverick attempted to get comment from Minister Mbalula through his spokesperson but requests for comment were ignored.

Solly Malatsi, the shadow minister of sport, believes that the sanctions imposed by Mbalula now look like nothing more than posturing.

“As I understand it, Saru proceeded with their bid because they are confident that by the time the sanction is reviewed (next year), their targets would have been improved,” Malatsi told Daily Maverick.

“It now looks like the department knew that making the announcement of a sanction was just posturing, because regardless of what they said, SA Rugby was going to go ahead and make a bid anyway.

“These things are not just concluded in a one-year cycle and even if the penalty is reviewable every year, it still holds devastating consequences for any sporting body who would like to bid for events.

“The fact that SA rugby went ahead with their bid also shows that rugby is a law onto itself and does not take Minister Mbalula seriously, like many other South Africans. There is a lot of posturing on both sides.”

Malatsi also raised concerns about the costs involved of hosting such an event, especially so soon after the Commonwealth Games, especially with austerity measures put in place by government. However, some of these concerns will probably be quelled by the fact that South Africa has most of the infrastructure for a Rugby World Cup in place already.

The far more pertinent question is that of accountability and, in the broader context, how much the South African government really cares about holistic transformation of the country’s sporting codes.

The economic benefits of hosting a Rugby World Cup are well documented, but the announcement of South Africa as host country candidate raises some serous accountability questions for the minister.

While the radical announcement to force governing bodies into transformation action by seemingly taking away their bread and butter might have looked like admirable action at the time, they have clearly not been enforced as strictly as was initially insisted. The fact that this announcement came prior to this year’s local government elections makes the accusations of posturing look at least somewhat credible. The silence form the department is deafening.

While we do not know what is happening behind closed doors and while rugby could very well be on course to meet the targets agreed upon, these targets will only ever be a shallow solution to a problem that can only be solved by a deeply invested and passionate group of people. Simply ticking boxes will not solve the institutional issues and apartheid hangovers that prevent the majority of this country from having an equal opportunity to forge a career in sport. DM