Suffer the children: SA’s inequality strikes hardest where it hurts the most 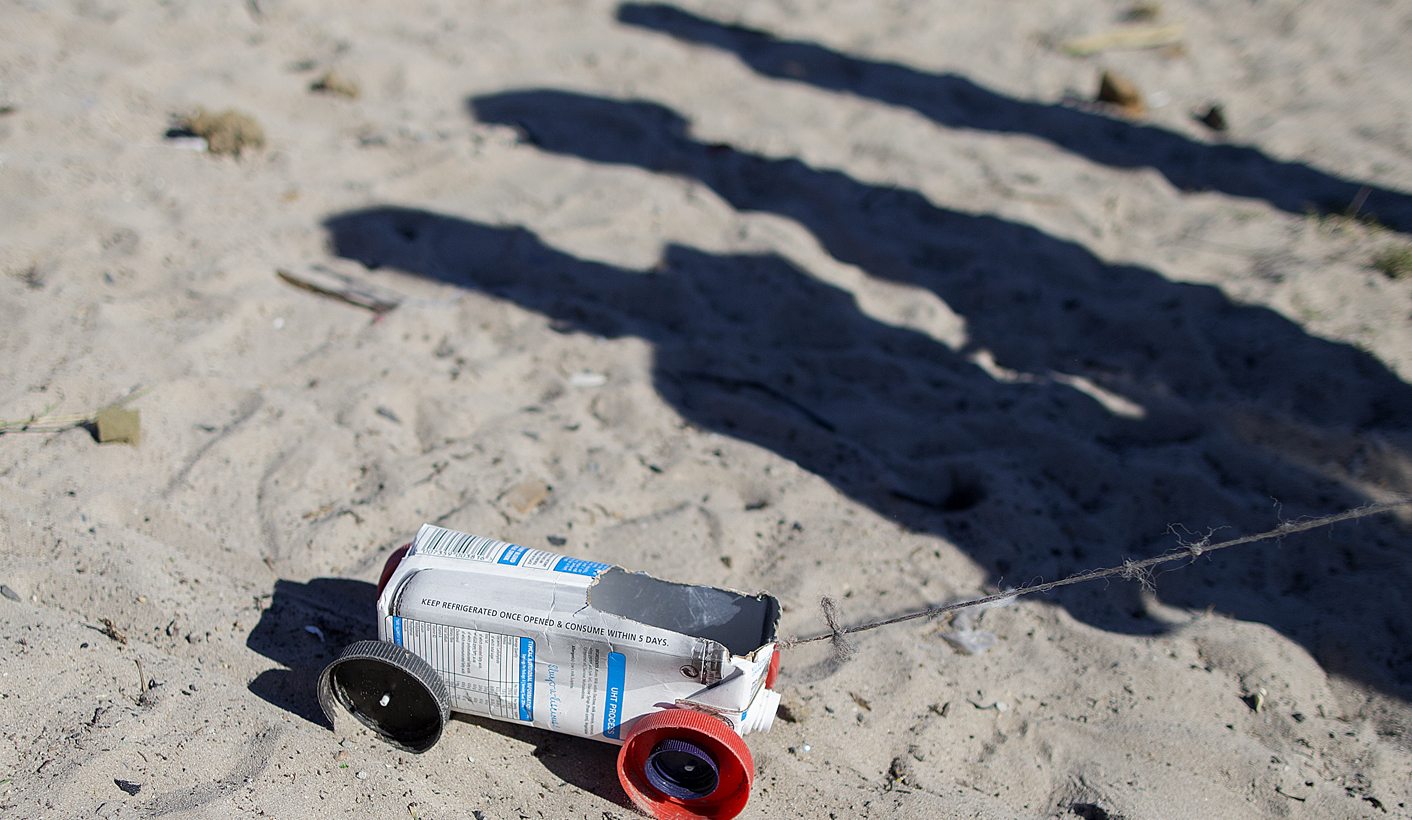 Last week, a report was released that revealed that nearly 4-million South African children – almost two-thirds of the child population – were not receiving the crucial services they needed during the most important phase of their development. In a country plagued by increasing inequality, this bodes ill. The problem is, the issue extends beyond poverty. By MARELISE VAN DER MERWE.

On Thursday 12 May, South Africans heard that millions of children in their formative years – about 63% of the country’s youngest – were living in poverty affecting their physical, cognitive and emotional development.

According to the 2016 edition – a joint publication between Ilifa Labantwana, the Children’s Institute at the University of Cape Town and the Department of Planning, Monitoring and Evaluation in the Presidency – close to 3,969,000 children were developmentally compromised because they were not receiving the services and care they needed.

Particularly in the Eastern Cape, KwaZulu-Natal and Limpopo, children under the age of six are affected, a concern for the future of the country as the brain, at that age, is growing at its fastest. According to Ilifa Labantwana, an NGO working in the area of ECD, the impact of the environment and care received during this time has a lifelong effect on education, health, earning potential, and the propensity for violent and risk-taking behaviour.

The Annual National Assessments, adds Ilifa, show that more than 40% of children aren’t able to perform at the expected level in numeracy and literacy by the end of the foundation phase (Grade 3), and performance is worst among the poorest. Co-author Sonja Giese says it’s not a matter of correcting these shortfalls over time; they become more and more difficult to correct as time goes by. “These children are always playing catch-up,” she explains. “The education gap between them and their peers widens over time.”

Daily Maverick previously reported that the state invests the lion’s share of its education budget in tertiary education – and, following #FeesMustFall, even this is under the spotlight. In reality, however, inequality in tertiary education is but the beginning of the country’s struggles. What has become known as the Heckman Equation argues (put simply) that the return on investment (ROI) in education is higher the younger the child.

“There are a lot of projects out there, but few have the ROI of ECD, which offers a 10% annual rate of return,” the abovementioned Nobel Prize-winner, University of Chicago Economics Professor James Heckman, has explained. “You can simultaneously reduce inequality and increase productivity.”

Giese believes South Africa has seen significant progress over the last decade. In 2003, almost 80% of the country’s youngest children lived in poverty, and there have been particular areas of improvement. The study’s co-author Katharine Hall, senior researcher at the Children’s Institute, points out that healthcare in particular is significantly better. The percentage of children who are completely immunised by their first birthday has increased from under 70% in 2002 to 90% in 2014. There has also been a steady increase in early antenatal bookings (before 20 weeks in pregnancy), which is critical for ensuring a healthy pregnancy and baby.

The number of deliveries by healthcare personnel has increased from 66% in 2002 to 86% in 2014; and in 2009, only 5% of women were recorded as having received follow-up care after six days. In 2014 this had increased to 74%. However, there were worrying statistics as well: depression among mothers is widespread – Hall estimates it affects about a third of mothers; and although the number of young children living in households with poor sanitation was halved, the new figure, as at 2014, was still 26%. Additionally, nearly half of children are suffering from a Vitamin A deficiency, indicative of poor nutrition overall.

This is of particular concern because close to 75% of energy consumption in the first years of life is allocated to brain growth, explains Svetlana Doneva, Communication Manager for Ilifa Labantwana. In South Africa, stunting, caused by long-term insufficient nutrient uptake, is seen in more than a fifth of children under five. Stunting negatively impacts brain development and these effects are very hard to reverse. Vitamin A deficiency, meanwhile, is associated with higher rates of infection and illness.

There are two key problems with the improvements noted. The first is that, while they are important, they are limited, and the overall picture still needs work. In 2012, a leaked UNICEF report stated that 1.4-million children lived in homes that relied on often dirty streams for drinking water, 1.5-million had no flushing lavatories and 1.7-million lived in shacks. At that stage, a total of 330,000 children were infected with HIV (UNAIDS more recently estimated 340,000), and child support grants reached 10.3 million children but another million who were eligible did not receive them.

UNICEF’s 2015 Child Gauge noted that six out of 10 young people lived in households with a per capita income of less than R620 per month. In 2016, AfricaCheck reported that 11.9-million child support grants were being issued, but Giese notes that the age of the child upon grant uptake needs work.

“Our challenge now is to ensure that caregivers access the grant as soon as possible after the child is born, to ensure that the child is able to benefit when it matters most. Grant uptake in infants remains well below the average – early grant enrolment, during pregnancy, could help,” she says.

According to the Child Gauge, poverty alleviation is some distance away and income poverty remains strongly associated with race: 65% of black African youth live below the poverty line, compared to 4% of white young people. In terms of education, of the children who enrolled in Grade 1 in 2003, 14% matriculated and qualified for university entrance. Just 8% of youth aged 18-24 attend college or university. Even fewer graduate.

“Inequality in South Africa,” adds Giese, “will never be addressed as long as we continue to have inequality in early life opportunity.”

So yes, poverty is a significant challenge. And it’s causing major problems down the line – not just for those directly affected, but for all of us, who will as a society pay the price for a disadvantaged generation. The trouble is that childhood vs. poverty is not a zero-sum game. Giese explains that childhood development can be affected by any number of stressors, including poor nutrition, poor healthcare access, maternal depression, exposure to violence and/or abuse, the quality of early relationships, or children’s level of exposure to quality early learning.

Many of these factors can be influenced by poverty, but some are affected by the broader social and political context, and others are down to individual families. This can have both an extenuating and mitigating effect: Just as South Africa, as a whole, has unusually high levels of violence, which can negatively affect even the most privileged of families, a nurturing and stimulating environment can mitigate the effects of poverty in the individual child.

The recognition that factors affecting ECD must be remedied holistically is critical. A key aim of policymakers and researchers is to increase the support offered to caregivers and families, so that children can benefit regardless of their socioeconomic circumstances.

“Many of South Africa’s caregivers live in extreme poverty and face high levels of stress. They carry a huge burden of responsibility in a context where daily life is a struggle and there are multiple risks, like shack fires, violence and illness. In order to provide the best care possible for their children, caregivers need information, psycho-social support and access to physical and mental healthcare services,” says Hall.

The release of the review may provide a key opportunity for policymakers. Giese previously told Daily Maverick that a lack of data was hampering the ability to provide quality ECD services at scale to children who needed it the most. Having such data readily and regularly available could play a key role in laying the foundation for quality ECD in years to come.

This is only the beginning, however. “There are still many gaps in the data, we don’t know everything about the lives of South Africa’s children,” says Hall.

ECD has been declared an apex priority by the National Development Plan, and Cabinet approved the National Integrated Early Childhood Development Policy in December 2015. Implementation will be challenging, believe officials, but it is worthwhile.

“The National Integrated Early Childhood Development Policy is one of the most significant commitments of the South African government to provide quality ECD services to all infants and young children,” says Zanele Twala, Director: Sector Expert Early Childhood Development at the Department of Planning, Monitoring and Evaluation in the Presidency.

“The inter-sectoral nature of the policy requires clear delineation of roles and responsibilities of different government departments, national, provincial and local spheres to ensure a delivery system that will advance the rights of infants and young children.” But, adds Twala, the Review will provide a baseline for measuring progress.

At its launch, National Planning Commission Secretariat Khulekani Mathe acknowledged government needed to keep ECD at the top of its priorities.

“ECD is a priority for government and we have the commitments to deliver services to children based on the policy. But we don’t always deliver on these commitments. This has to change,” Mathe said.

“This review shows that we can make improvements on some things. So surely we can do more.” DM