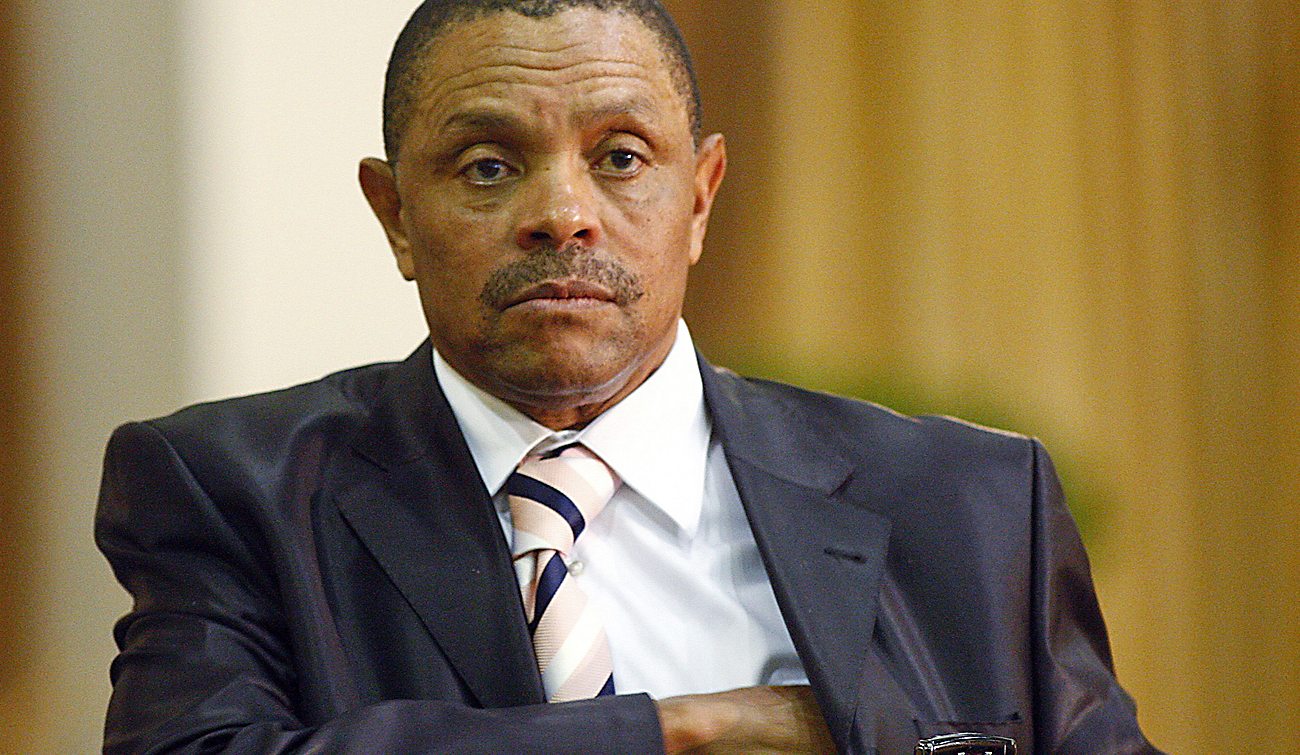 We live, we might say, in shifting times. The old certainties of our politics, that President Jacob Zuma is its MacDaddy, that he can think, say and do what he wants, and that the slide of the state is unstoppable, appear to be seriously challenged. The people who have previously remained silent are now raising their voices and getting their worries off their chests. One of those groups is a collection of people featuring bemedalled chests: former Umkhonto we Sizwe generals. They are worried, very worried indeed. Worried enough that they are calling for a Special National Conference of the ANC. President Zuma, if you're listening, the pressure is building. By STEPHEN GROOTES.

On Wednesday morning it was first reported that General Siphiwe Nyanda, a man with a long and complicated but generally illustrious back story, had been hijacked. He was fine, his Porsche was found in relatively good nick, and it seemed to be a random incident. Then it was confirmed that his signature was the first on a memorandum sent by the “Senior Commanders and Commissars of the former military wing of the ANC” to ANC Secretary-General Gwede Mantashe. He also confirmed that he was the spokesman for the group. Right.

As a memorandum, it’s incendiary.

It starts by explaining that it’s been written by a group of people who sacrificed greatly for the ANC, and the country. This, of course, is true. These are people who went into the armed struggle and did what very few others did in the fight for freedom.

It then points out that “recent events… have saddened us”. And, bang! We’re there, with the complaint that the “removal of Comrade Nene… leaves much to be desired “and “communicates the singular message that all is not well with our movement and the state”.

It then asks the question so many of us have asked since that day in December: “What objective was served by the removal of Comrade Nene at such a fragile time of the country’s economy? How do we justify his redeployment to a junior post as a decisive promotion directed at serving the national economy?”

Clearly, like most of us, they don’t buy Zuma’s line that Nene was urgently needed at the Brics Bank. And considering that three months later he still hasn’t been appointed to that position, they are right not to buy that line. Essentially, they appear to be calling Zuma a liar. With good reason, one might add.

Then this group welcomes the appointment of Pravin Gordhan, in what is clearly a strong gesture of support. And then comes the condemnation of the Hawks investigation into Gordhan, claiming that probe “is being conducted in a far too public and antagonistic manner that would suggest the abuse of state institutions for ulterior motives”. Like so many others, they too believe that the Hawks are being abused here, that this is about weakening Gordhan.

It’s hard to see how they are not directly accusing Zuma of directly attacking Gordhan, and using the Hawks to do it.

Then comes the salute to Mcebisi Jonas, for going public with the offer from the Gupta family of the position of Minister of Finance. They go further, rejecting “with contempt efforts to malign his integrity and good standing, and specifically call on Cde Kebby Maphatsoe to desist from further maligning the good name” of Jonas.

It’s important to look at the relative ranks here. Nyanda became the Chief of the South African National Defence Force. If you bump into his Porsche at a petrol station, the correct manner of address is “General”. Sir won’t necessarily cut it. He is someone whose Struggle history cannot be argued with, even if there is a question mark or two over some of his dealings. Maphatsoe, on the other hand, does not have quite the same military pedigree. Sure, he lost an arm while in MK, but there are various stories about how exactly that happened, while many seem to be believe that he was really more of a cook than a soldier.

Whatever the truth, Nyanda, and many of the others who signed this letter, outrank Maphatsoe by miles. Maphatsoe has been consistently defending Zuma, and claimed last week that Jonas had lied to him over the Gupta affair. This is a very public rebuke, but he is unlikely to be cowed for long; Maphatsoe has one political master, and to that master he will continue to answer.

Then comes the concern from these MK commanders about the influence of the Gupta family, before they come to the point. “In the light of the many challenges facing the ANC and the State we further call on the leadership of the ANC to urgently convene a special National Conference…”.

As everyone knows, once a special conference gets under way, it’s hard to know how it will end. But it is certain that someone would be able to move for a vote on whether the leader of the party should stay on or not. It is clearly a real strike against Zuma. It’s almost a threat, a nudge, a reminder, that he can actually lose his position.

Of course, it’s unlikely to get that far. Zuma’s forces will do almost everything they can do to make sure the special conference doesn’t happen. But it really does just warn him about what could happen. Should the conference ever takes place, in itself it would have been a major challenge to Zuma, only a year before the regular elective conference that’s scheduled for December 2016.

The other big impact of this statement is that it will give a big moral boost, possibly a political cover too, to Gordhan and Jonas, who really need it. They can count on the support of people who do have heavy legitimacy within the ANC, even if most of them have no current powerful positions themselves. It also means that no one is going to be able to turn this into one of those “what did you do in the Struggle” pissing contests, because those that win those contests have already picked their side.

One of the striking aspects of this is the list of people who signed it. It’s not just Nyanda. Several of the people who have taken what is a very aggressive political act against Zuma are people who strongly supported him during his early campaigning. Moe Shaik is the best example; he was with him from the start. The brother of Schabir Shaik, he was heavily involved in the claim that Bulelani Ngcuka was an apartheid spy, through the Hefer Commission and then into government, where Zuma appointed him as head of our Secret Service. Gibson Njenje ran the National Intelligence Agency for Zuma. Both of them left the state security, after a massive fight over the influence of the Gupta family. Considering it was their job to prevent foreigners influencing the President, it appears that the President simply refused to follow their advice.

This is also proof that the sins of incumbency are beginning to pile up for Zuma. If you annoy enough people, turn enough friends into enemies, eventually that will come back to bite you. And that is what is happening here, to a great extent.

Among the other signatories is Mavuso Msimang who has a long and honourable record in MK himself, while three of the others are ambassadors. Of course, some of the people are those who have never really supported Zuma in any way. Snuki Zikalala allowed the SABC to be abused to support former President Thabo Mbeki before Polokwane, while Jabu Moleketi was part of what the Left of the ANC calls the “1996 Class Project”, in other words, he helped Mbeki with the Gear economic policy.

This memorandum was unexpected. No one who is not intimately involved with what is going on in the ANC at the moment would have expected these people to jump this way, and to do it so publicly and so aggressively. The suggestion of a “special national conference” is a thinly disguised way of saying Zuma must go, a reminder that these are people who have influence, and can organise themselves quickly if necessary. It is yet another reminder that our politics is becoming harder to predict, that the groups and factions we understood are splintering and morphing into new, previously unpredictable groupings.

All of this is going to make life tougher for Zuma. He can no longer count on people in the ANC to toe the line. As a better writer than myself has put it, the ground is indeed shifting. DM

Photo: Former South Africa National Defence Force chief Siphiwe Nyanda looks on, before being sworn in as communications minister by President Jacob Zuma, at the presidential guest house in Pretoria, May 11, 2009. REUTERS/Siphiwe Sibeko.