Chris Hani and the Arms Deal bombshell: A death that still hangs over us 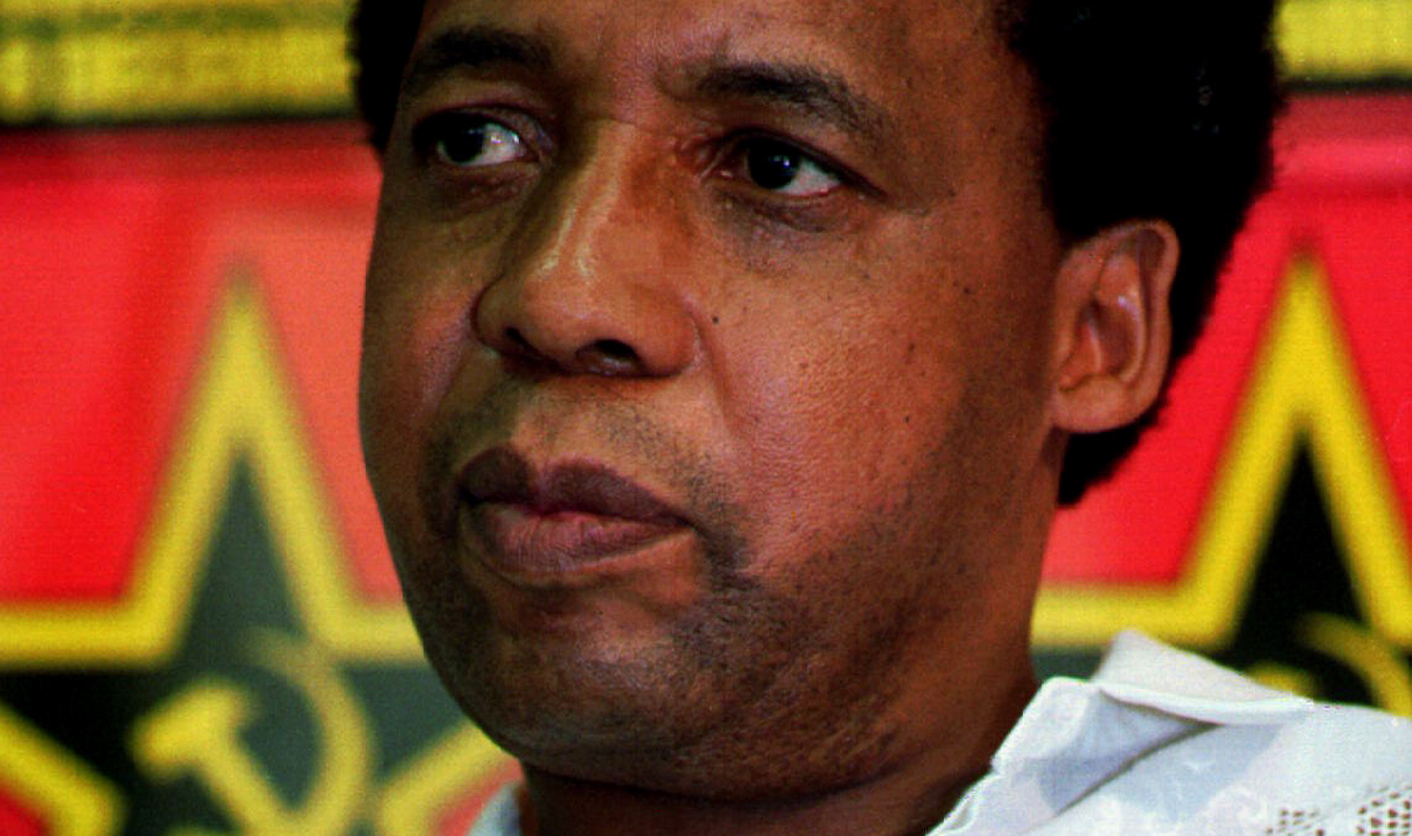 On Wednesday the arms deal activist Terry Crawford-Browne went before the Arms Deal Commission and dropped a bombshell. He claimed that the person really responsible for the assassination of Chris Hani in 1993 may have been former Defence Minister Joe Modise. It is an allegation so astonishing that many people have simply been shocked. But Crawford-Browne is also poking a hot stick into old wounds the ANC still carries today. By STEPHEN GROOTES.

The 1993 assassination of Chris Hani is viewed, quite rightly, as one of the pivotal moments of our history. Popular, confident, radical but turning towards peace, the SACP leader was a giant who walked the earth. When he was killed outside his Boksburg home, the nation went into shock. It was the closest we ever came to a race war. Nelson Mandela had to go on national television (famously, before the then-President FW de Klerk) to call for peace, and point out that it was a “white woman” who called for help and notified the police. Soon after, Janusz Walu? and Clive Derby-Lewis were arrested for the killing. They were convicted and denied amnesty by the Truth and Reconciliation Commission. The rest of the nation moved on, voted, Madiba became president, and the Springboks won the rugby World Cup.

Now Crawford-Browne has blundered into a very sensitive stage of our history, and suggested that actually there might have been some serious ANC internal politics involved in the Hani killing. He’s not the first. Rumours have always swirled around this incident. At one point it was claimed that Thabo Mbeki was responsible, because he had the most to gain from Hani’s disappearance from the national scene. No proof has ever emerged, and it was largely written off as a crackpot claim.

Crawford-Brown’s main claim is that Modise had been involved in corruption for some time. He also says that Hani knew about this, and was about to expose him. He points out that the genesis of the Arms Deal itself lies in the days before the ANC became the government, and while it was in fact preparing to govern. He suggests Modise was being wined and dined by arms manufacturers from the late 1980s, when it was realised that South Africa under an ANC government would have to re-arm.

Like so many conspiracy theories manufactured for political reasons, there is one element of truth in this.

Hani and Modise were certainly not friends. And the bad blood went back literally decades. In 1969 the ANC held its famous Mogoro Conference. It was a turning point for the then-liberation movement, as the gathering saw it starting to act more vigorously. You would have to have a very long memory to know all the facts, and the history books are not necessarily as detailed about the conference as one would like. But it does seem clear that one of the reasons that it was held in the first place was a document penned by Hani called the “Hani Memorandum”. In the document Hani sharply criticised some ANC leaders who lived in exile, and in luxury at the same time. He was one of many ANC soldiers, members of Umkhonto we Sizwe, who were living in camps, often under terrible conditions. Other leaders, such as Modise, were not.

In a piece written by Nhlanhla Ndebele and Noor Nieftagodien as part of the Road to Democracy series for the South African Democracy Education Trust, the problem according to Hani’s document was summed up fairly sharply:

It contrasted the tough conditions that military cadres had to endure with the more comfortable lifestyle of those in the political wing. Joe Modise, Moses Kotane and Duma Nokwe were singled out for special criticism. Kotane, who as the treasurer general was one of the most senior members of the ANC, was chastised for prioritising exile over home. The implication was that there were leaders who had grown so accustomed to living abroad, and perhaps so enjoyed the comfort of exile, that the struggle on the home front was being neglected.

When Crawford-Browne referred, in his presentation, to the animosities between Hani and Modise, that ill-feeling probably had its roots in this. Something that happened back in 1969, when South Africa really was another country.

In case there’s any doubt as to the strength of this ill-feeling, former Home Affairs Director-General Mavuso Msimang is quoted as a source for the claim that:

Modise was the commander of MK, and of course wanted these people to be treated in a military fashion. They were soldiers, they signed the oath and if they were guilty of this type of thing, they should be brought before a court martial and shot.

Certainly, this kind of tension within the ANC makes Polokwane look like a picnic.

However, in an interview with the Midday Report on Thursday afternoon, Msimang said “I was part of the military leadership – there was never, to my knowledge, an instruction from Joe Modise to shoot anyone. There was never an official or organizational decision that someone had to be shot”.

That there was tension between Hani and Modise is just the only truthful element in what must surely be a fantasy, whether Crawford-Browne knows it or not.

Consider the evidence. Both Walu? and Derby-Lewis have been given several hearings in which to explain what happened, and why. They were tried in court, and convicted (and sentenced to hang, which was commuted when the death penalty was abolished by the Constitution they worked so hard to stop from being born). Then they went before the Truth Commission. If there was ever a forum where amazing stories could be told, that was it. Why would they keep their silence under those circumstances, especially as their ‘revelations’ would do an immense damage to their enemy, the ANC?

Even in jail Derby-Lewis has had times when he’s had plenty of opportunities to speak to the outside world. He once called in to John Robbie’s show on Talk Radio 702; he could have spoken up then.

But even if we do away with all the history, the personal antagonisms and the emotion, cold hard logic doesn’t bear this version out.

Consider this: If you’re Joe Modise, and if we ascribe for a moment the most base, corrupt motives to you, how do you act? Would it be rational, at the moment when the Struggle is over, as you’re about to enter government, and thus control resources no matter what position you get, to take an action so dangerous as killing Chris Hani? Never mind whether you get caught or not, that one moment could have led to a civil war. It would be completely irrational to risk losing everything, just for one deal. Especially when the land of milk and honey was so close.

Crawford-Browne is an honourable man. There are likely to be other people who have campaigned against the Arms Deal who were pulling their hair out on Wednesday, worried that they now look like part of a slightly hair-brained cause. Of course this is just the view of one person, and there is plenty more evidence to come. But it certainly hasn’t done them any favours. And it may well be the end of Crawford-Browne’s career as a respected activist.

In the final analysis, the Hani assassination is always going to occupy the space in our history that Americans give to the killing of John Fitzgerald Kennedy. No matter that there were investigations by competent authorities, no matter that people were caught, convicted, and then actually given another hearing in which to speak, the fact is there will always be questions about this. It’s because we’re humans, because sometimes the truth is too banal, and because there may even be, on the part of some, some wishful thinking.

And because so many of our people still mourn Hani, and wonder what might have been. DM