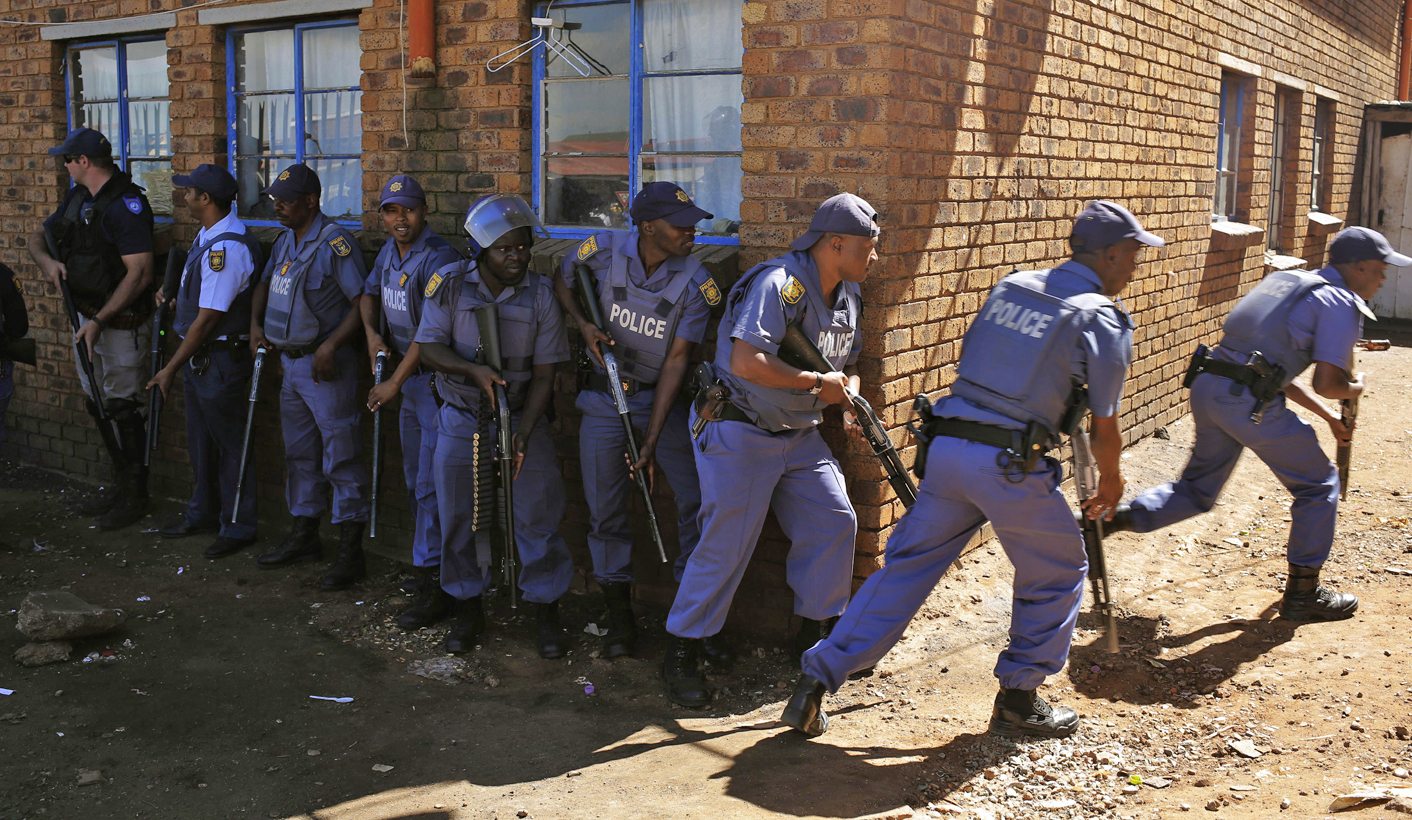 The release of the most recent crime statistics has been accompanied by expected expressions of outrage and worry about the performance of the South African Police Services and National Police Commissioner Riah Phiyega. Less time will be spent interrogating the social conditions which gave rise to the country’s crime epidemic in the first place. Some of the most crucial factors came into play during South Africans’ earliest days of life, REBECCA DAVIS discovers.

Institute for Security Studies (ISS) researcher Chandre Gould says she has been interviewing men in South African prisons in order to try to understand “the problem that, I think, bothers most of us”.

That problem is: what is it that causes people to turn to crime and violence? We know that it’s not just poverty, because poorer countries than South Africa do not have to deal with similarly acute crime epidemics. “Inequality”, similarly, seems too simplistic an answer.

In a quest for greater understanding, Gould’s research has seen her interview convicts who have been sentenced to prison terms for multiple crimes, at least one of which was violent in nature. “From that, I have come to see more clearly the factors that lead to men following lives of crime,” she says.

These factors invariably start very early. The loss of a parent or caregiver often features; more critical is the failure of parents to properly engage with infants and children. Gould found that many of her interviewees had experienced violence in their childhood homes. “Most were alienated early on from people and structures of authority,” she says.

Elmarie Malek, head of general paediatrics at Tygerberg Hospital, says there is abundant evidence to support the idea that early childhood can be critical in shaping a later propensity for crime or violence. Exposure at that time to what experts call “toxic stress” can have a significant negative impact.

Malek describes toxic stress as “strong, ongoing, unrelieved activation of stress in the absence of the buffering role that a caring adult plays”. This stress affects neural structures and can quite literally change brain architecture.

Such stress, Malek says, can be the effect of extreme poverty; neglect; abuse; or mental health problems on the part of the mother, such as depression or alcoholism. She emphasises that this is not just a problem associated with poverty: it could also apply to mothers who are isolated due to violent partners, parents who are very young, and parents who suffer from low self-esteem.

When very young children are continuously neglected, deprived of caring engagement and subjected to stressful environments, the brain areas responsible for learning and reasoning are affected. Lower confidence at school follows as a result, and behaviour can start to be affected. Such children begin to be classed as “problematic”.

“It sets in motion a whole chain of events that can become an ongoing downward spiral,” Malek explains. “There is definitely a link between the science around brain development and outputs for risk for criminality, anti-social behaviour and mental health problems.” Not every child who is exposed to toxic stress will become a criminal, she says, but that initial “dose of adversity” can significantly increase the risk.

Malek says that the need for children to grow up in stable and engaging environments can’t be overstated: spaces where in which there are at least one caring adult available on a long-term basis to create a solid bond with the infant and respond to its cues. Such an adult does not have to be the child’s parent; it could be a grandmother, other relative or non-related caregiver.

“We need to all be investing in everybody’s children,” Malek says.

Among the policy implications for the link between toxic stress exposure and later criminality are the need to screen pregnant families early on to identify those who may be at risk, Malek says. More education is needed about the importance of early childhood development, and the fact that the brain reaches 80% of its potential in the first two years after birth. Malek suggests greater attention also needs to be paid to the issue of paternal and maternal work leave, to give parents the financial space to spend this crucial early time with children.

From a government funding perspective, Malek believes the weight needs to tilt towards early childhood development, rather than education much later down the track. “Economically, we’d do better placing the emphasis on this early time,” she says.

Malek stresses the fact that an inter-sectoral approach is necessary to tackle these matters, and she says there are processes under way within the government to look at this. Gould is on the same page. She thinks, for instance, that our discussions about crime focus responsibility too heavily on police. Police Minister Nathi Nhleko would no doubt agree with relief. Presenting this year’s crime statistics to Parliament, Nhleko described crimes like murder as a “social problem” which need to be dealt with at a “multi-disciplinary level”.

Gould believes that there are fundamental problems with the way the country engages with the crime statistics each year – including the fact that it’s left up to the police to present the figures.

“This reflects the belief that police are both responsible for all types of crime, and can solve all types of crime,” she says. Gould believes the release of crime statistics should be an inter-departmental task, drawing on the Departments of Health, Social Development and Basic Education, to name a few.

“[Crime] is a problem we need to face holistically, and not just leave up to the police,” Gould says.

When it comes to the police, she suggests that what is measured in the statistics needs to change. “For as long as police are measured via reductions in crime, there is a perverse incentive not to report [cases],” Gould says. More emphasis should be placed on aspects like police response time, the quality of care provided by the South African Police Service, and the frequency with which completed, well-researched criminal dockets reach court.

Like Malek, however, Gould is convinced that the key to tackling South Africa’s crime problem may be paying closer attention to the manner in which infants spend their first days.

“If we don’t take care of those early years of life, we are just pushing the problem of crime to the next generation,” Gould warns. DM

Interested in getting involved with contributions to early childhood development? Visit the website of Cape Town Embrace.