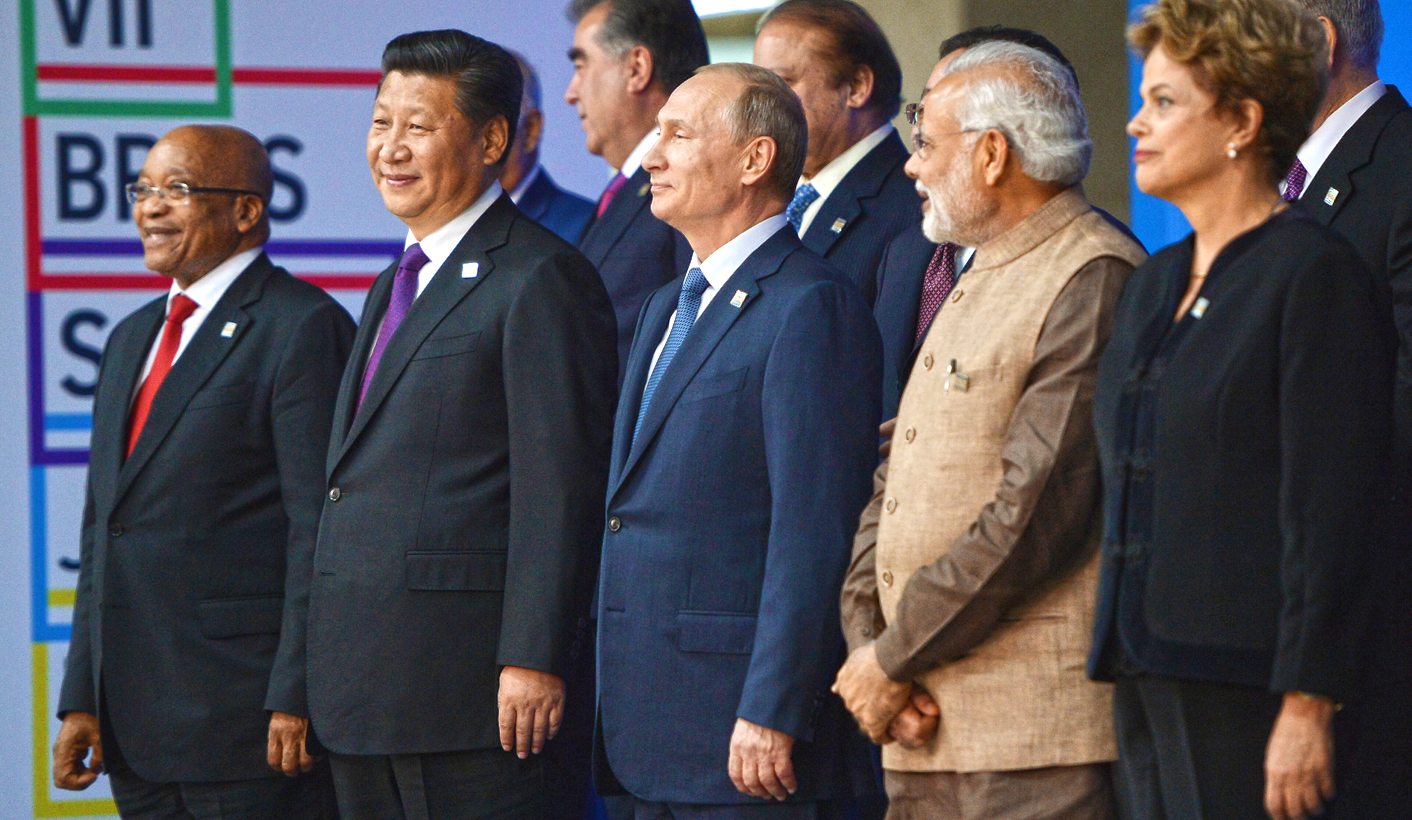 If there was any remaining doubt about the direction of South Africa’s foreign policy, let it be laid to rest. The African National Congress’s top brass has spoken, unequivocally laying out a virulently anti-western, pro-Chinese vision for the future of international relations. This might be the time to start learning Mandarin. By SIMON ALLISON.

In its bluntest words yet, a new African National Congress (ANC) document has confirmed what foreign policy specialists have suspected for some time: for better or worse, China is now South Africa’s most important strategic ally.

“China economic development trajectory [sic] remains a leading example of the triumph of humanity over adversity. The exemplary role of the collective leadership of the Communist Party of China in this regard should be a guiding lodestar of our own struggle,” it said. In other words, the ANC claims China has the best model of economic development, and Chinese leaders are role-models for the party.

The document also claimed the rise of China’s economy “has heralded a new dawn of hope for further possibilities of a new world order”; and that China “is gradually redefining the world towards a multipolar order”.

While China received the most attention, the document also praised Russia, and made a point of defending both China and Russia against the “wrath of US-led Western imperialism”. In fact, the US came in for plenty of criticism, indicating that South Africa may break with its post-apartheid tradition of maintaining friendly relations with all major world powers.

“The US does not appreciate the resurgence of China and Russia as dominant factors in the arena of international power relations. It has instead declared a cold war against these two emerging world powers … Washington’s sponsored destabilisation is not limited to Russia and China. We see it unfolding in the streets of Latin America including in Venezuela which the US has strangely declared a threat to its ‘national security’, in the Middle East and in African countries with the sole intention of toppling progressive democratically-elected governments. This has a bearing on the nature of conflict and the scourge of terrorism we see in the world today,” the discussion document said.

Over the last few years, South African foreign policy has been inconsistent – at best. At its worst, it’s incoherent. Gone are the days, if they ever existed, when our diplomats were guided by Nelson Mandela’s seminal 1993 text, ‘South Africa’s Future Foreign Policy’, which promised that the ANC’s international relations would always be caring, compassionate and human rights-based. These days, decisions are made by a small group of individuals in the president’s inner circle – and, all too often, they seem to be making things up as they go along (take, for example, South Africa’s schizophrenic voting record on human rights issues at the United Nations).

However, in recent years, there has been a discernible shift towards friendlier relations with China and Russia, especially under the mantle of the Brics alliance. That the government has worked so hard to improve these relationships, even sometimes in the face of domestic opposition, shows just how important they have become: the furore around South Africa’s decision to deny entry to the Dalai Lama is a good example of this.

In this context, the ANC’s NGC discussion document lays the groundwork for the government to formalise this shift. And the decidedly undiplomatic language used in doing so suggests the ruling party is not afraid to alienate the US along the way.

The pivot towards China was not the only item of interest. Also relevant, especially given the recent scandal surrounding Sudanese President Omar al-Bashir’s visit to South Africa, was the ANC’s doubling-down on its opposition to the International Criminal Court (ICC).

“There is no national interest value for South Africa to continue being a member of the ICC. The manner that we were treated around the Al-Bashir incident is consistent with the cheeky arrogance that Africa has experienced in its interaction with the ICC. Continuing to be in the ICC especially when the big powers who are calling the shots are themselves not members, gives it the legitimacy it does not deserve. The West dominates the ICC through the influence they command within its structures and the huge financial contributions they make to its budget. In return, they use the ICC as their tool for regime change in Africa,” said the discussion document.

Even here, however, the anti-western rhetoric comes through strongly. If, as the ANC claims, we are indeed in a new cold war, then the ANC is making it very clear on whose side it will fight. South Africa, inevitably, will follow. DM