Operation Fiela: Another war is being waged in court 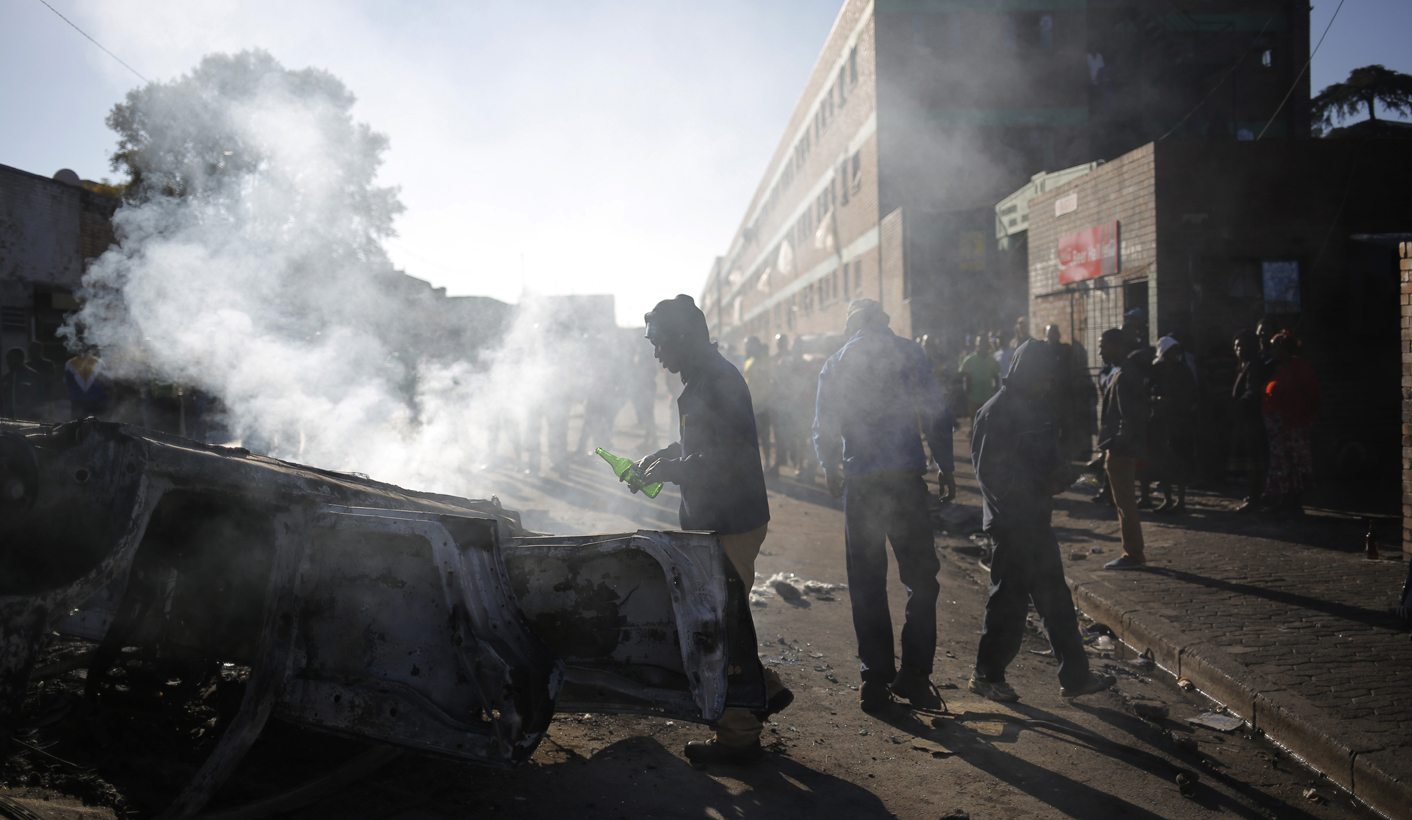 What happens if you're arrested as an ‘undocumented’ foreign national during Operation Fiela-Reclaim? The case of those detained at the Johannesburg Methodist Church shows that your rights, and court orders to uphold those rights, will be repeatedly ignored. And yet the police and the SANDF continue their raids across the country. By GREG NICOLSON.

When the South African National Defence Force (SANDF) and police raided the Johannesburg Central Methodist Church and surrounding buildings as part of Operation Fiela-Reclaim a month ago, sentiment turned against the anti-xenophobia deployment. Shortly after the violence in KwaZulu-Natal and Gauteng, the state, with a blatant disregard for the law, was targeting migrants, local and foreign media heard at a press conference after the raids.

Almost a month later, the issue is still in court. It’s a case that concerns only one raid, but shows how the rights of migrants arrested during Operation Fiela-Reclaim continue to be violated, ignoring the country’s laws and court orders. Soon the Methodist Church could be the case to test whether the SANDF and police should be permitted to continue raiding communities.

The Johannesburg CBD area, including the Methodist Church, was raided on 8 May, and hundreds were arrested. Lawyers for Human Rights got involved and tried to consult clients detained at the Central Johannesburg Police Station. They were blocked and immediately went to court to get an order allowing them to consult their clients and anyone else wanting representation.

Detained foreigners have the same right to legal counsel as South Africans and the lawyers had heard many of those locked up for being ‘illegal’ actually had a right to stay or had more complicated cases, such as those applying for asylum or with expired asylum applications. But that weekend, Lawyers for Human Rights were blocked again, despite the court order. They went back to court, this time not only to have their clients’ basic rights respected, but to have the previous court order enforced.

“We are very worried at how quickly these deportations are taking place and the manner in which they are done,” said Lawyers for Human Rights’ Wayne Ncube. “Particularly for refugees, you cannot send a person back to a place where they might suffer persecution or torture.”

The inter-ministerial committee on migration says Operation Fiela-Reclaim targets “illegal weapons, drug dens, prostitution rings and other illegal activity” and conducted the raids in the Johannesburg CBD in a “professional manner”, rejecting any claims of rights violations. Court affidavits, however, describe how the police and army kicked down doors in the early hours of the morning while searching for foreigners and ignoring their documentation.

After the second court order, Lawyers for Human Rights were able to consult their clients for two weeks during a stay of deportation. When that was almost up, on 25 May, they issued a letter of demand to prevent deportation until all clients could be consulted. On 29 May, they suspect 10 people were deported. On 29 May they issued a letter of demand to access clients at the Lindela Repatriation Centre, as per the rules. On 1 June they were denied access. A letter requesting whether their clients had been deported was ignored and on 2 June they were again denied access to their clients at Lindela and also denied access on 3 June.

On Thursday, the lawyers went to court again to ensure the past court orders would be enforced and to access their clients. Ncube explained that all 38 of their clients are asylum seekers. Some have valid permits but haven’t been able to show the documentation because of the nature of the raids. Others had tried to apply for asylum when home affairs officials visited the Methodist Church earlier this year. According to the Refugees Act, asylum seekers, including those with expired permits, cannot be deported until a final decision has been made on their applications.

Issued on Thursday, yet another court order temporarily interdicts the home affairs department from deporting any of Lawyers for Human Rights’ clients. It allows those at Lindela to consult with their lawyers and orders home affairs to provide a list of the people who have already been deported. Ncube went straight to Lindela after the order and saw seven of his clients. The others couldn’t be found.

On Operation Fiela-Reclaim, Steve Faulkner from the Coalition of Movements Against Xenophobia said on Thursday, “We’re very frustrated with it at the moment. The Lawyers for Human Rights are trying their darnedest to make sure that everyone follows their own regulations.” It’s not happening and Faulkner can’t understand why.

On 17 May, Minister in the Presidency Jeff Radebe, speaking for the inter-ministerial committee on migration, categorically denied Operation Fiela-Reclaim is targeting foreigners. He described it as a crime-fighting mission and said of 3,914 arrests, 1,650 were undocumented foreign nationals, with more South Africans than foreigners detained. Daily Maverick was unable to get up-to-date arrest figures but the operation continues and members of the Defence Force have a mandate until the end of June.

Faulkner is not convinced Fiela-Reclaim is not targeting foreigners. He accused Radebe of distorting the operation and failing to engage on the impact it has had on migrant communities traumatised by the recent xenophobic violence and often fleeing violence or depravity in their home countries.

Next week, Lawyers for Human Rights will go back to court, this time to argue that its clients must be released and that the 29 May deportations were illegal. After that, the legality of Operation Fiela-Reclaim will likely be challenged in court, asking whether the raids should continue while the rights of so many of those detained are ignored. DM

Photo: Smoke rises from a burned vehicle as local South Africans stand in the morning light after they attacked and burned vehicles and buildings in the area after another night of xenophobia-related violence in downtown, Johannesburg, South Africa, 17 April 2015. EPA/KIM LUDBROOK