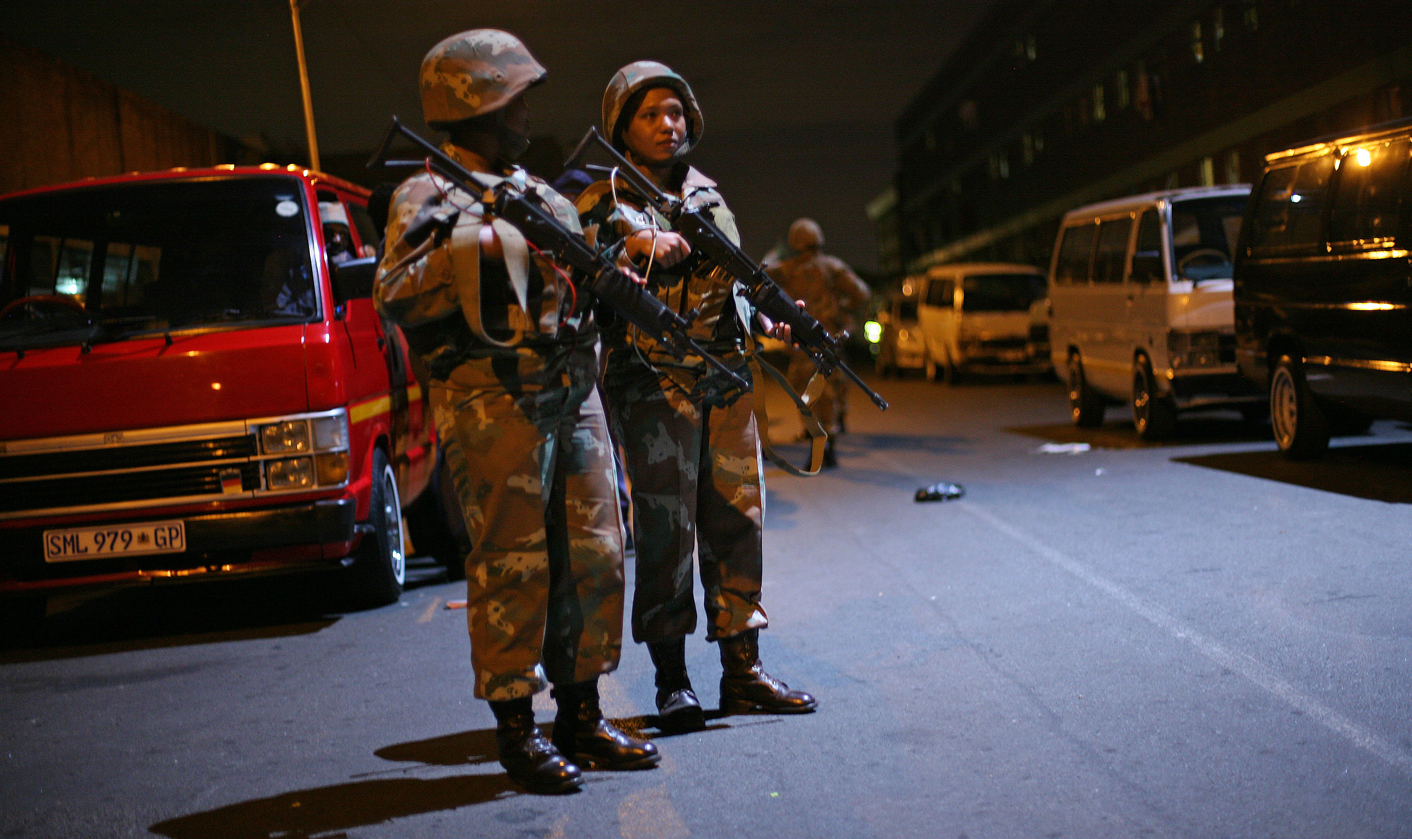 Days after hundreds of people were arrested in central Johannesburg on Friday morning, many still could not access a lawyer. While the state has been ordered to respect the rights of those detained, hundreds of people in other Operation Fiela-Reclaim raids have been arrested across the country. The situation is ripe for human rights abuses against foreigners. By GREG NICOLSON.

Lawyers for Human Rights (LHR) on Tuesday reached a settlement with the state after police and soldiers last week conducted raids in and around the Johannesburg Central Methodist Church, reportedly arresting hundreds of foreigners. The state has agreed to provide details of all of those detained, allow anyone arrested the right to consult a lawyer, and promised not to deport the foreigners for at least two weeks.

The settlement was a small victory for LHR, but points to a potentially much larger problem with Operation Fiela-Reclaim, launched by President Jacob Zuma during the recent attacks on foreigners. It has since seen the army and police searching and detaining hundreds of foreigners across the country. The LHR victory is small because it simply orders the state to honour the rights of those detained.

On Friday the South Gauteng High Court handed down an order requiring the state to perform exactly the same duties it agreed to on Tuesday. After it failed to do so, it was brought back to court where it reached a settlement. “This case has been quite an unpleasant matter to the extent that allegations of contempt have been made,” said Judge Zeenat Carelse on Tuesday. “There should be complete compliance.”

In its application to the court, LHR details its own efforts to access those arrested. On Friday, when its lawyers tried to consult with specific clients whose families had requested help, police at Johannesburg Central said there was no space for consultation and the detainees were busy with Home Affairs, says their application. They eventually met one client, who was then taken away because it was the only time he could supposedly eat.

After the court later ordered police and Home Affairs to allow LHR access to seven specific detainees and anyone who requested their services, the lawyers returned on Saturday. They say Home Affairs officials claimed not to know about the court order. When a detainee gave them a list of people who wanted a lawyer, they said another official ripped up the piece of paper. Eventually, they were allowed to consult two clients and were told the others could not be found.

The LHR application also includes some accounts of what happened on Friday. It notes the story of a woman who lives in the Fatties Mansions with her boyfriend, from Burundi, and three-month-old daughter. At around three in the morning, she says four police officers and three soldiers kicked down their door. They asked for the boyfriend’s papers and he was slapped when he showed his passport. She tried to show them her South African ID but they refused to look at it, she says. They were sent downstairs with the baby, but no blankets, nappies or food, and taken to the police station where she says people had to sit on the floor without food or access to toilets. Eventually, she managed to show an officer her ID book and was released around 12:30. The lawyers heard that dozens of South African women were arrested during the raids, citing multiple accounts of police officers arbitrarily arresting people.

Twenty-two detained women were sent to the temporary shelter at a church because they had children, said LHR. They counted 11 that were asylum seekers who had lodged papers with Home Affairs. They say some need medical attention and some were pressured to sign deportation forms against their wishes.

“It is clear from the limited consultations that LHR was able to conduct with the women at the protection camp as well as the two clients […] at the police station that there are asylum seekers and refugees who have been swept up in this ‘crime-combatting’ operation,” said the papers filed by LHR. The application explained that under the Refugee Act a person who has applied, has a delayed application, or expired permit for asylum cannot be deported until a final determination of status is made by the determination officer or appeals board. This is because as someone seeking asylum sending them home could mean they will face persecution. Detained foreigners have a right to consult lawyers, just like anyone else.

In a press conference on Tuesday afternoon, Steve Faulkner, who is part of the People’s Coalition Against Xenophobia, which organised the large anti-xenophobia rally in Johannesburg, said that while the government committed to showing the world that South Africa was not xenophobic, the security forces have been unleashed on vulnerable foreigners. “To equate crime with the presence of undocumented people in our country is not tackling xenophobia, it’s legitimising it,” he said on the oft-cited reason for the raids. The coalition has approached the Gauteng premier’s office which, Faulkner said, has set up a meeting with the inter-ministerial task team on migration next week.

“The emergence of Operation Fiela has left us ambivalent as we approach Africa Day, has left us with a lot of worries as to what are we celebrating,” added the African Diaspora Forum’s Jason Osuafor.

The case highlights a worrying pattern. These allegations stem from one raid. But the police and army have been raiding communities in Johannesburg, Durban and Cape Town with large numbers of foreigners arrested. Since the target of Operation Fiela appears to have turned from ending xenophobia to clamping down on poor foreigners, attempting to solve the country’s migration problems through force, the situation is ripe for rights abuses. DM