Zuma and the nightmare of Malema’s past 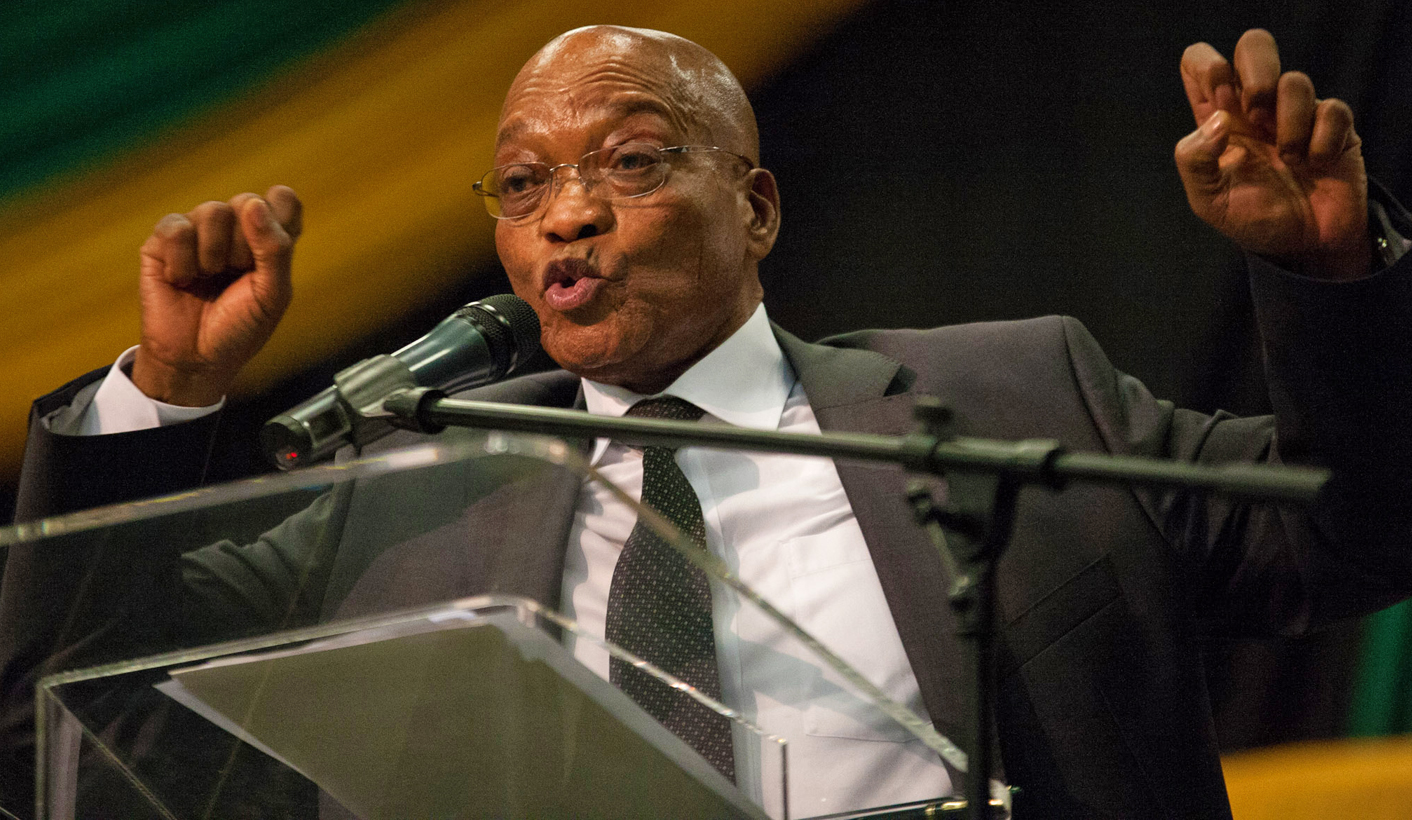 On day one of the ANC Youth League's conference, delegates didn't disappoint. They were rowdy, disruptive and unwilling to listen. President Jacob Zuma told them straight: they are too dysfunctional to hold elections. Plus, there's a more important task at hand – putting the ANC back in ANCYL. By GREG NICOLSON.

When Julius Malema was re-elected as ANCYL president in 2011 he immediately targeted those who tried to influence his organisation. “We can no longer be led by people who interfere in the affairs of the ANC Youth League. We must be able to defend the autonomy of the ANC Youth League,” he told delegates at the conference. The ANCYL had adopted its “clarion call to economic freedom fighters” document. Nationalisation of mines and land expropriation were prioritised. And within months Malema was calling Zuma a dictator.

Addressing the ANCYL consultative conference on Wednesday, Zuma said the ANC was paying for mistakes made at the 2011 congress. In a day defined by ill-discipline, he explained the decision not to hold elections at the conference underway in Soweto and called on comrades to commit to the mother body and defend the ANC.

“The impact it has made it led to other things emerging…I can’t remember their names,” Zuma said of the 2011 conference, clearly referring to the Economic Freedom Fighters. He listed the problems in the ANCYL: gatekeeping, the influence of money, a lack of respect, and a lack of understanding of the ANC. “We as a leadership made a mistake by not attending to it.”

On Tuesday, leaders of the Youth League’s National Task Team (NTT) said elections could not be held because delegates are not politically ready to discuss the state of the organisation and vote for leaders at the same time. Zuma explained the problems and suggested the party’s national executive committee (NEC) had a much larger role in the decision than the NTT suggested.

Back in 2013, the decision to dissolve the leadership of the ANCYL was “difficult but necessary” and one of the hardest decisions the NEC has had to make, said Zuma. When they met the NTT this week to discuss the conference, “The signs were not good, were not good,” he added. “And we were very concerned because we did not want to have the same results as the last conference.”

Chaotic regional and provincial events have marred the run-up to the conference and Zuma had heard some delegates were planning disruption and violence. Youth League members who weren’t accredited were trying to attend as ghost delegates and there were possible attempts to take conference issues to court, which Zuma suggested was un-ANC.

“We were not convinced we’d be very far from the results of the last conference,” said Zuma, who appeared in a good mood, departed from his prepared speech and sang on demand. “We said to the NTT, ‘Can we allow you guys to go on?’”

“We thought we should take a decision for the sake of the movement,” said Zuma. “We become too excited if we have candidates.” He called on delegates to take stock of the organisation’s progress, successes and failures and told the youth they needed to be the vanguard of the party’s push for radical economic transformation.

But the ANCYL has to work with the ANC. “You can see the synergy, the collaboration. There was no competition,” said Zuma on the historical relationship between the ANC and Youth League. “This consultative conference in 2014 must recommit league members to the service of the ANC.” He added, “Youth League objectives by definition must reinforce and advance the objectives of the National Congress.”

Unexpectedly, Zuma acknowledged the ANC’s current challenges: “At the NEC we said too, we admit that the organisation is in trouble.”

While some delegates clearly weren’t happy with Zuma telling them to accept a non-elective conference, his speech was not interrupted in a day otherwise characterised by disruption.

Earlier in the day, Deputy Minister in the Presidency and leader of the Young Communist League Buti Manamela said he was pleased leaders lacking discipline were expelled. He said there were members hiding behind radical positions that were trying to divide the movement. Manamela was jeered when he said the delegates should respect the decision to hold a consultative conference.

But clearly some delegates were unhappy with the decision. Pule Mabe, former Youth League treasurer who was tipped as a candidate to contest the elections, had to ask his supporters to stop interrupting proceedings. Mabe appeared as a favourite for the position of president, particularly among Gauteng delegates who interrupted the event. During some speeches, delegates continued to shout “Pule!” to the consternation of organisers.

National Task Team coordinator and Deputy Minister of Trade and Industry Mzwandile Masina struggled to bring order to the event and was labelled a sell-out, according to some reports. Minister of Home Affairs and former ANCYL president Malusi Gigaba was also booed, as was ANC Secretary General Gwede Mantashe. Another former ANCYL president, Sports Minister Fikile Mbalula, found a positive reception.

“Be responsible now,” Zuma told delegates. “The Youth League remains an investment and a reservoir for future leaders of the ANC.” DM