No leader, no plan, no goals: Are the ANC’s young lions sleeping? 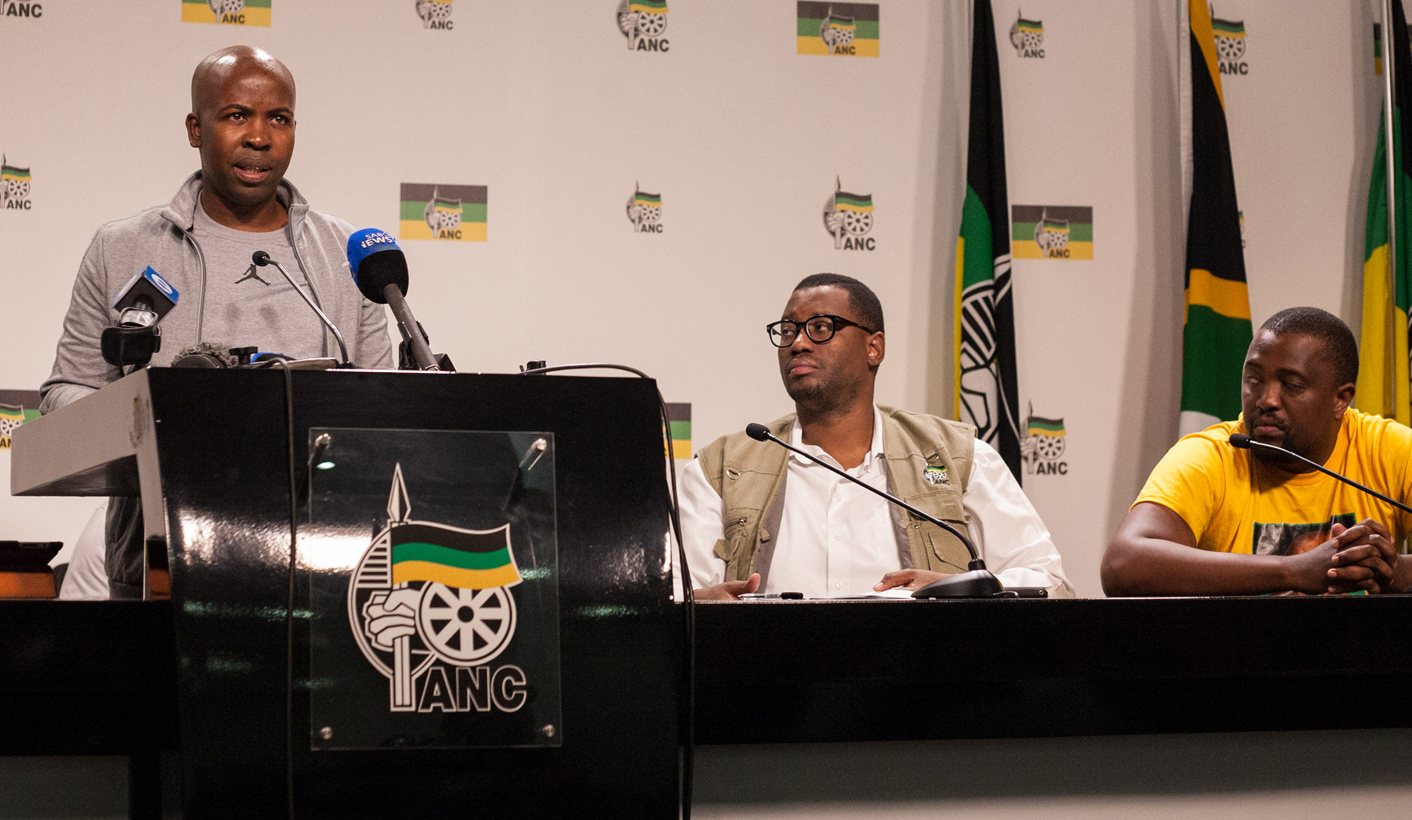 The ANC Youth League conference will proceed, but without leadership elections. Leaders of the organisation's national task team and the ANC don't believe the ‘young lions’ can discuss the future of the League and contest positions at the same time. They're probably right and it's an indictment on the organisers that leaves the ANC with another leaderless campaigning body. By GREG NICOLSON.

The ANC Youth League’s national task team (NTT) national co-ordinator, Magasela Mzobe, stood in front of the ANC media room at Luthuli House. As delegates arrived in Gauteng for the conference at the University of Johannesburg and reporters collected accreditation on Monday expecting this week to report on who would follow Julius Malema as leader of the Youth League, Mzobe announced, “The elective component of the national congress shall be postponed to next year.”

The decision, he said, was taken after the NTT discussed the preparation for the congress over the weekend and found “the gravity of challenges” meant the conference should be held in two phases. On Monday, the ANC agreed and at the last minute the event was declared consultative rather than elective. This week, delegates will discuss political, organisational and financial reports while another congress will be held next year to elect leaders.

In April last year, after Malema was expelled and his colleagues embarrassed at Mangaung, the ANC dissolved the leadership of the ANCYL and appointed the task team to rebuild non-functioning branch, regional and provincial structures. They were also asked to prepare the organisation for a national conference. Before a planned conference in September was aborted, they released a discussion document, ‘The Nature Character and Role of the ANCYL’.

It offered a frank assessment of the organisation and its possible future. “An alien culture had engulfed the organisation, with rampant gate-keeping, membership manipulation and institutionalised factionalism that had deeply entrenched itself” , it read, adding that dissenters were “viciously dealt with”. Essentially, it outlined an ideal ANCYL representing youth and agitating for radical change in South Africa, but keeping in line with the mother body.

Months later, delegates aren’t ready to discus this future if they have to vote at the same time. Logistically, the organisation is prepared but Mzobe said the political engagement of the delegates isn’t up to scratch. How did they come to this conclusion? Mzobe, wearing the full Nike Jordan kit, simply said after long engagements with Youth League structures that the NTT “knows”.

There are likely other factors also involved. Tipped to contest the leadership election for were Pule Mabe, treasurer under Malema before joining Zuma’s camp, who holds a national executive committee post and faces charges of defrauding the South African Social Security Agencies (Sassa); Ronald Lamola, Malema’s deputy who held the flame for Juju after his suspension before realising he too was doomed and attempting to save himself; and Mzobe. The chances of reform seem slim under two leaders who were part of the old leadership and another whose NTT can’t organise an elective conference.

The Star suggested the elections were postponed so Mabe can’t run and embarrass the party. He turns 35 next year and will be too old to contest the leadership. It reported the ANC’s integrity commission requested he stand down because of the criminal charges against him, but Mabe refused. The election could have been divisive and caused violence after a number of ANCYL regional meetings descended into chaos. ANC secretary general Gwede Mantashe said on Monday, “they must be able to engage without fighting”.

“Election on its own does not define a conference,” said ANC spokesman Zizi Kodwa, who also briefed media. “We don’t think the national task team has failed.” And Mzobe added, “I think the NTT in all fairness did extremely well.”

After Malema was expelled from the ANC an internal debate on the Youth League’s independence, led by the victors, held that it was not an independent body but is tied to the values and goals of the mother body. On Tuesday, responding to perceptions that the ANC might be trying to ensure a subservient Youth League, speakers claimed the decision to postpone elections was not forced by the ANC. “What happened last night was a meeting took place and a decision was made,” said Mzobe. “I was not called to a meeting to be told. I was in a meeting.”

NTT member Shaka Sisulu tried to explain the decision and its timing. At its heart, the Youth League is a political organisation and when the task team took over the politics was lacking, said Sisulu. Why? The issue of elective contestation, they figured. It became important to prioritise politics as the ANCYL drafts a blueprint for its future and has robust debate about what the Youth League is before any elections can take place.

His explanation makes sense, but considering the task team has had 18 months to define the Youth League and until Monday night it appeared this week’s conference would feature elections, its hard to understand just what brought about the postponement. Sisulu says the timing was never going to be good to make such a decision.

There’s precedent for a consultative conference, multiple speakers said on Tuesday. That was in the early ’90s after the unbanning of political parties when comrades were returning from exile and needed to discuss the state and future of the ANCYL. If the Youth League is at such a crossroads, it’s in more trouble than most thought.

On Monday, Mantashe stressed the importance of the Youth League, followed by Kodwa and Mzobe on Tuesday. For the ANC, it is essential in mobilising support for the party and sparking new ideas. Society could also use strong youth representatives to face crises such as education and unemployment.

Instead, the only issue the ANCYL has been serious about lately is the soap opera Generations. Like Cosatu, it faces a leadership problem. The ANC itself has been distracted from its goals during the never-ending succession cycle and more recently with Deputy President Cyril Ramaphosa unable to keep his own MPs in Parliament on side.

By the time the Youth League goes to elections, if it does, it will have been around two years since the leadership was disbanded and around two and a half years since Malema was expelled as president. Since then, a large number of disaffected leaders have moved to the more radical Economic Freedom Fighters. The Fighters have been pushing their agenda across the country while the ANCYL discusses its blueprints and follows the SACP into the abyss of representing what it stands for only in name. DM