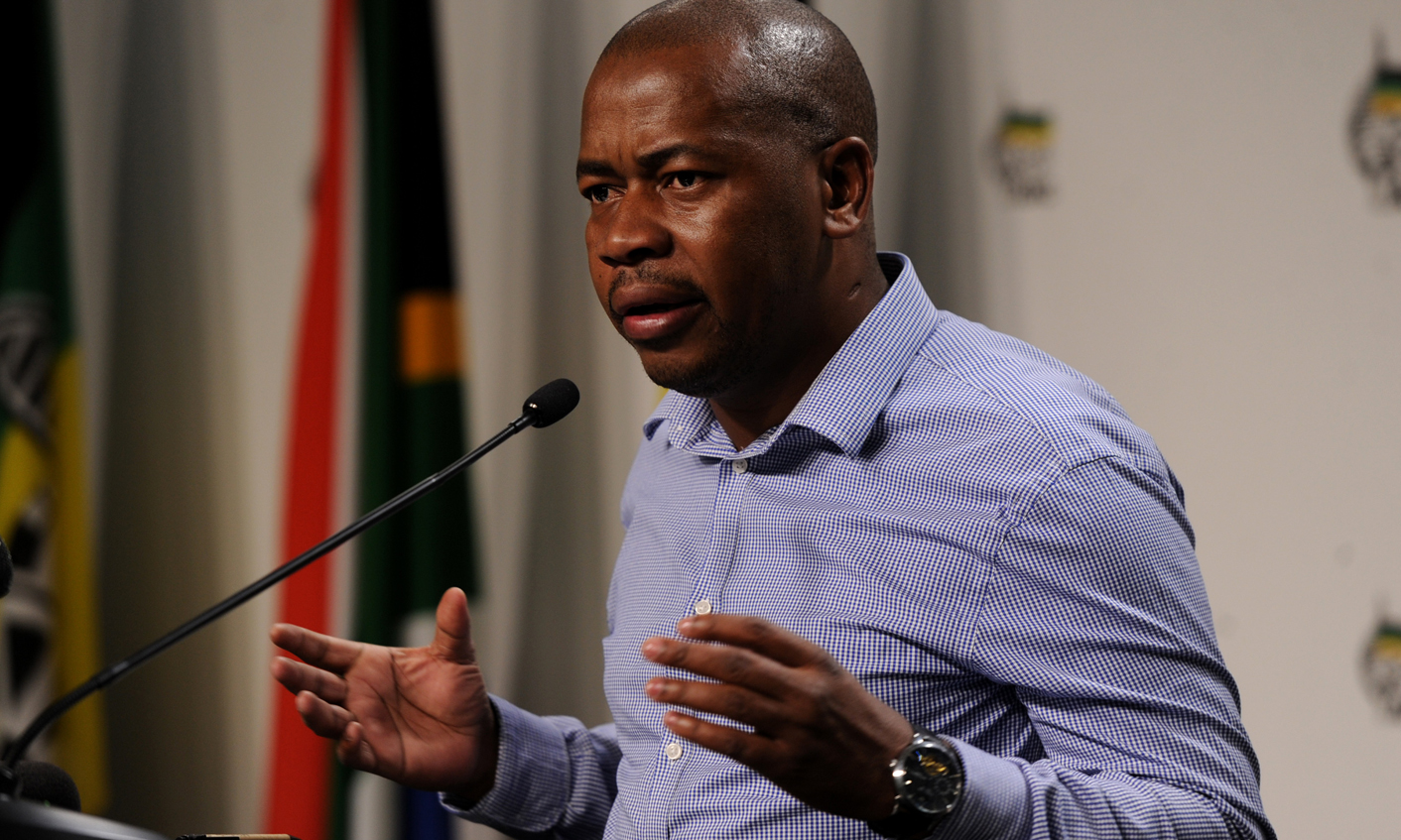 The ANC Youth League’s national task team has been quiet of late and it appears to have done little apart from disbanding just about everything. On Wednesday, the administrators of the Young Lions released a handy document that could pave the way for regeneration or degeneration. The Youth League’s demolishers could yet be seen as its builders. By GREG NICOLSON.

Briefing media at Luthuli House on Wednesday, the national task team (NTT) said their discussion document “The Nature, Character and Role of the ANCYL” was a first of its kind for the 70-year-old organisation. It begins by admitting that the problems started when political divisions emerged with the mother body. Julius Malema’s team had fallen out on issues of policy, particularly nationalisation, with Jacob Zuma’s ANC, and things got worse from there.

“An alien culture had engulfed the organisation, with rampant gate keeping, membership manipulation and institutionalised factionalism that had deeply entrenched itself,” reads the discussion document, which will be discussed at the Youth League’s September national elective conference. In the lead-up to the ANC’s Mangaung conference, where the Zuma and anti-Zuma camps, which included backers of Malema who had been expelled, would face off. “Any dissenting voice was viciously dealt with, structures dissolved or membership of comrades denied, if not suspended.”

The tension was caused by the relationship between the ANC and the Youth League, with the youngsters refusing to submit to their elders. The NTT has tried to offer a solution.

The ANCYL has always championed radical ideas to challenge the conservative old guard. The document says, “The biggest challenge to the sustainability of our democracy and indeed our hard-won freedom is the weight of social inequalities and underdevelopment”. That means the young radicals need autonomy to propose new solutions, tell their leaders when they’re wrong, and shake the system, right?

Yes and no, says the NTT. The other argument is that the Youth League is clearly part of the ANC and must therefore follow its leadership. Challenges could weaken and divide it right when it’s already under threat from outside sources. “The major challenge for us as the ANC Youth League is to master the art of balancing our public agitation of these [radical] perspectives, even if the ANC has not bought into them, in a manner that doesn’t weaken the ANC,” the document decides. It’s out of the question, however, to insult ANC leaders.

Autonomy and dependence are, in fact, interrelated. “If [the two arguments] are locked in mortal combat and not synthesised, the triumph of the first strand may result in a fatal wound on the ANC Youth League. That is, should the idea of autonomy be eroded and an uncritical Youth League be sought by the ANC, we may end up in a situation in which the ANC Youth League may be permanently disbanded. Of course, the long-term spinoffs of this would be dire for the ANC’s capacity to self-sustain and regenerate.” Reining in the Youth League has already caused the rise of the Economic Freedom Fighters.

Seems pretty simple – the Youth League must agitate for radical change but not harm the ANC. What underpins its ability to do this, however, is organisational democracy. Government jobs, tenders, ascendency to state position provide a perverse incentive for undemocratic behaviour. To change this, the NTT has an interesting idea to promote organisational democracy and improve service delivery at the same time.

To circumvent shady Youth League branches, corruption and the buying of memberships, it suggests local branches also perform work as a civil society monitoring group, assessing whether services from state entities have been delivered as promised and relaying the information back to the relevant authorities. The ANCYL, which is almost everywhere, would help improve the country’s development and the work would be a prerequisite for branches taking part in conferences. “The technical price for manipulation would be increased by a serious notch,” reads the discussion document. “This would stabilise things for a while until the criminal elements find other means to work around the system!”

The task team is realistic about the future. Looking 30 years ahead, the document provides four possible scenarios. “Free way” is ideal – the ANCYL would have one million members; trains young politicians; leads the youth and has healthy relations with the ANC. “Abyss” is the worst: total anarchy would prevail as the state and ANC fail; the ANC is in opposition, if it even exists; South Africa becomes a failed state and the ANCYL is gone.

Speaking for the NTT on Wednesday, Mzwandlie Masina and Magasela Mzobe weren’t as impressive as their document. Masina said most of the ANCYL regions had had conferences and would soon be ready for the national conference to be held 24-28 September in Gauteng. The process had been relatively smooth, they claimed. Any member would be eligible, which includes Pule Mabe, former treasurer of the ANCYL, who’s currently facing criminal charges of fraud and was in charge of the finances when the Youth League was driven into bankruptcy. Masina said the NTT had largely solved the organisation’s money troubles, created by overspending rather than theft, and distanced Mabe from the problem. He said ANC treasurer general Zweli Mkhize was dealing with the other issues relating to allegations against Mabe.

Masina spent much time talking about the ANCYL’s attempt to mediate the labour dispute between the Generations cast, the SABC and the production company. Many of the actors support the ANC and there’s no union to represent them, Masina claimed. While the Young Lions have a new interest in labour relations, they did not discuss the issue of the Marikana miners or other mining issues during their meeting on the weekend.

The discussion document could start a conversation to help the ANCYL start effectively meeting its twin aims: supporting the ANC and pushing for radical economic change. The document, however, must still be elaborated upon, adopted, supported and implemented – a gargantuan task. Then there’s the issue with the ANC. You can’t have a strong youth league if the ANC is weakened and divided. “The ANC and its future therefore constitute the first critical uncertainty that will have a direct bearing on the future of the ANCYL,” the discussion document concludes. DM

Photo: ANC Youth League national convener Mzwandile Masina fields questions at a news conference in Johannesburg, Wednesday, 20 August 2014. The league’s elective conference would be held from September 24 to 28 in Gauteng. The national task team (NTT) was put in place last year after the ANC disbanded the ANCYL’s leadership. Masina said the majority of the league’s structures had been reconstituted since then.Picture: Werner Beukes/SAPA