TAC: It’s about saving more than an organisation 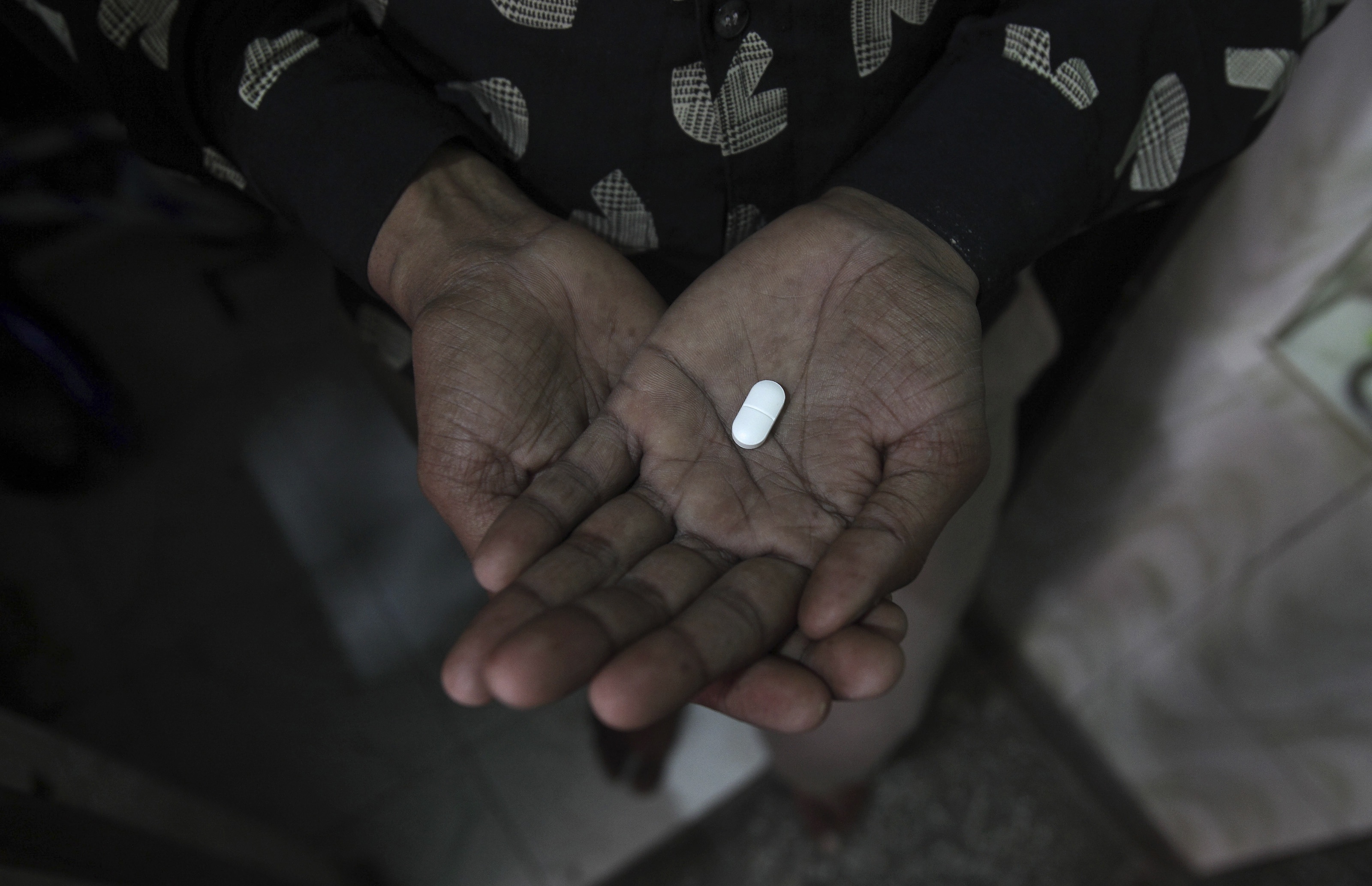 It may have escaped your notice up until now, but our public scene is never boring. As a country, we seem to create villains, heroes and clowns more than most other places. Julius Malema would be too brash for the UK; Jacob Zuma too, uh, interesting, for the US; Helen Zille just not blonde enough for Russia. Our political characters are very in-your-face, as part of the conflicting conditions of poverty, inequality and extreme wealth we find here. This is also why our heroes are so important to us, why those who do good do more good than those who do good in, say, boring Sweden. The Treatment Action Campaign is one of those heroes. It needs R10 million to survive. We must save it. By STEPHEN GROOTES.

It’s easy to forget in the middle-class bubble how many people among us die of AIDS. How many children are left without parents, and how many lives it touches, damages and destroys. After all, wasn’t the benefit of President Jacob Zuma winning at Polokwane the fact that the madness would end, and the people would get ARVs? That we would live, happily (sort of) ever after?

In fact, if you look at the number of people dying, we are still losing. Badly.

Consider the amount of time and coverage Ebola is getting. Particularly in the wealthier West. In the US Ebola has become a major political issue, while the number of cases in that country is still in single digits. Yet it consumes CNN – and no doubt Fox as well. Still, that disease has killed, according to the World Health Organisation, 3,338 people in the 39 weeks since the outbreak began. That’s 86 deaths a week.

When it comes to this war, we are just beginning. Especially in this country, which has more HIV positive people than anywhere else.

In a way, it’s a bit like those who thought that once Apartheid was over, everything would be fine. In fact, much of the hard work, the economic heavy lifting particularly, still had to be done. And there’s another aspect to consider. I was asked recently during a debate (hosted by another excellent NGO, the Pietermaritzburg Agency for Community Social Action), why it seemed so hard to get things done now, when there seemed to be so many strong loud voices during Apartheid. The answer, of course, is that during Apartheid there was a common enemy that everyone joined together to fight. As soon as Apartheid ended, that alliance started to disintegrate. You could argue the Alliance is still disintegrating today.

To let the TAC die now would be to lose the power of one of the strongest voices during the mad Mbeki AIDS-denialist years. A voice we still need.

Of course the situation is better now than it was. The organisation doesn’t have to go off to court to get drugs that save hundreds of thousands of lives at a relatively low cost to people. We don’t have a Health Minister who is a drunk, ranting on about garlic and the African Potato. And we don’t have Cabinet giving a special hearing to people peddling lethal industrial solvents like Virodene and then trying to force it through the Medicines Control Council.

But the battle isn’t completely won; the war is still being fought. In the days after the TAC won the famous Nevirapine ruling (in case you’ve forgotten: it’s a drug that prevents the mother-to-child transmission of HIV. Thabo Mbeki’s government refused to make it available in government hospitals, despite the fact that it saved lives. In the end the Constitutional Court ruled that it must. Mbeki, thankfully, complied with the ruling), I remember seeing newspaper adverts paid for by the organisation. There were guides on how to get the drugs, and what to do if your hospital refused to give them to you. The adverts included a hotline to call if you needed them desperately, and if you thought officials were not complying with the ruling.

If the TAC were not already in the running for a Nobel Prize by that point, then this was clear evidence that it had people who thought further than anyone else. It was a declaration by the organisation that this was not just about a legal court victory. Of course it knew, more than anyone actually, that it was not about “beating” Mbeki; it was about getting the right drugs to the people who needed them, and to save their lives.

The same still applies now. There are hospitals that have problems in getting the drugs now. We need an organisation that has a proper national reach that is not just able to blow the whistle when something goes wrong, but is also able to do something about it. It’s about having the capacity to make sure those people get the drugs in the end, by, if necessary, providing them themselves.

But we need far more than ARVs. In South Africa, the politics of health is often neglected. Many of the problems we face, about resources, under-staffing, the allocation of resources in the sector generally, are inherently political. We need strong voices that have legitimacy to be a part of this sector. For example, the DA’s spokesperson on health in Gauteng is Jack Bloom. He appears to have a network of sources in the province’s hospitals that are unmatched. And he works hard at identifying problems. Some would say he appears to look for problems. But he is a politician, for an opposition party. Which means that it is easy for him to be ignored, or shouted down (or, as once happened, for his picture to be placed in the security office at Chris Hani Baragwanath with instructions to not allow him entrance).

The aims and objectives of the TAC, on the other hand, cannot be questioned. Everyone knows that it is apolitical, and is interested only in improving the lives of those at the bottom rung of our society.

As a country, we need more than just politicians. We need activists, people who do things most of us in the middle-classes would shy away from. We need people who are not afraid to take on government when necessary, but who are not actually politicians themselves. We also need people who are big enough to make peace with those who were once enemies. I will never forget the sight of then Deputy President Phumzile Mlambo-Ngcuka, in a not-great-but-probably-cheap hotel in Randburg, speaking in front of a TAC banner proclaiming “Give us ARVs now”. She was Mbeki’s deputy, don’t forget. I still don’t understand how the TAC was able to engineer that truce, how it was able to get Mbeki’s government to do what he so resolutely refused to do.

But it’s not just the politics. HIV is also about our culture, about how we live. No one has tackled that like the TAC. I remember, when Mbeki was still at the height of his power, going off to the then Johannesburg Hospital with a much younger, much cooler colleague. Mbhazima Shilowa was about to launch the first ARV programme in the province’s government hospitals (for which he has never received proper recognition). The TAC was there to make sure everything worked, that the patients knew what they needed to know to receive their drugs. There was a group of young women, all healthy, energetic, laughing, simply cooler than anything – all wearing their “Positive” T-shirts.

My colleague turned to me, and said simply, “Oh Stephen, I want to be like them.”

It was an amazing symbol to me of how the TAC was turning what was a stigma into a positive campaign for how people could embrace their health, live a full life, and have children, all while being HIV positive.

That job is not finished yet. There is still much more work to do.

Saving the TAC would give us many things. It would save a voice that South Africans have created that speaks truth to power. A rare, apolitical voice. It would keep alive a network across the country that still saves lives to this day. It would make sure that the war against AIDS occupies more of the centre-stage than it does now, while ensuring our culture changes to embrace those who are positive.

And it would make us a better country. DM

Photo: A patient holds an antiretroviral drug in his hands. (REUTERS)