FACTSHEET: The leading causes of death in Africa 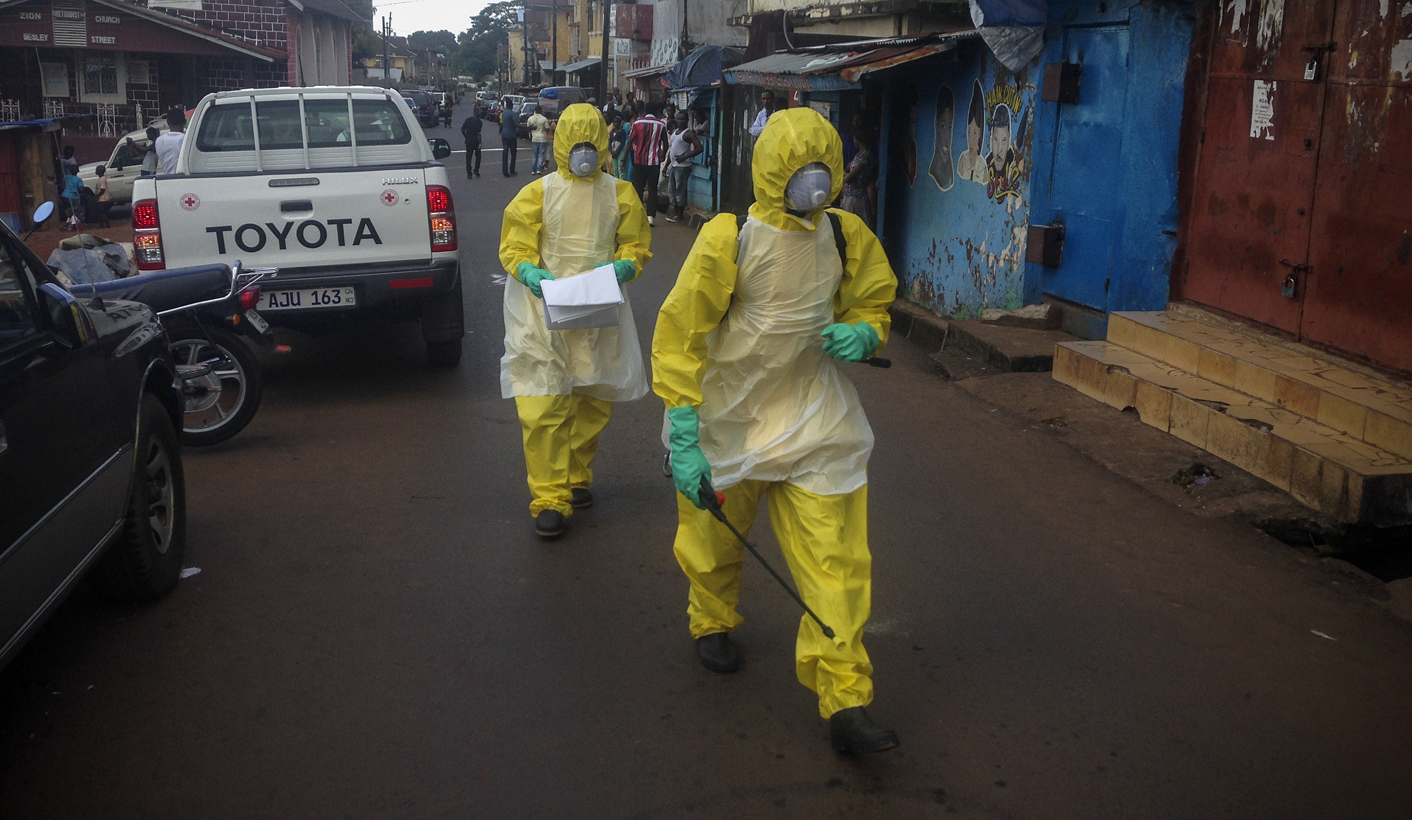 The West African Ebola epidemic, the worst in the history of the disease, has focused international attention on sub-Saharan Africa in 2014 – and rightly so, given the virulence and rapid spread of the virus. Yet other deaths in the region dwarf those of the virus. By AFRICA CHECK.

By World Health Organisation (WHO) figures, the Ebola epidemic in West Africa claimed 3,338 lives between the week of 30 December and the week of 28 September. Though the virulence and rapid spread of the Ebola virus are major causes of concern, it is important to understand the mortality figures in the broader sub-Saharan African context.

In 2012 – the most recent complete WHO figures for the World Bank sub-Saharan African region – about 9.6-million people died in the region, amounting to an average of 7.2-million deaths in 39 weeks.

Deaths in Africa in 2012 fell largely in the WHO Group 1 category (death through communicable diseases, and perinatal, maternal and nutritional causes): 5.9-million deaths amounting to 61.7% of all deaths in sub-Saharan Africa.

Non-communicable and lifestyle diseases are the top killers in high-income countries, accounting for 67.8% of deaths in 2012. In contrast, many of the top killers in sub-Saharan Africa – lower respiratory tract infections, tuberculosis, diarrhoeal disease and malaria – are preventable and treatable, given adequate healthcare systems and resources.

According to the WHO’s figures, the five top killers in Africa in 2012 were:

(Note: The 2012 figures below are drawn from the WHO’s Global Health Estimates summary tables for cause of death in 2000 and 2012. Given that the Ebola outbreak to the end of September 2014 had only affected countries in sub-Saharan Africa, data was drawn from the WHO’s summary table of the World Bank sub-Saharan Africa region. Data sources and methodology are available on the organisation’s Global Health Estimates webpage.)

In 2012, more than 1.1-million people were thought to have died from AIDS-related illnesses in the region, an 11.5% share of the regional tally. Disaggregated over 39 weeks, this amounted to 831,000 deaths.

In that year, roughly 25-million individuals in the region were living with HIV; about one in every 36 people.

However, the figures do not paint an entirely accurate picture: particularly in countries where vital registration data – information on births, deaths, marriage and migration – are incomplete or inadequately recorded.

Deaths among HIV-positive individuals may be attributed to the contributing cause of death, such as tuberculosis, diarrhoeal diseases or lower respiratory tract infections, rather than the underlying cause (HIV/AIDS). Accuracy is further hampered as those issuing death certificates often do not know individuals’ HIV status, and the fact that many individuals simply do not get tested for the virus.

Pneumonia is a leading cause of death in children, accounting for 18% of global deaths in children under the age of five, most of them in sub-Saharan Africa and South Asia.

In 2012, lower respiratory tract infections were the second highest cause of death in sub-Saharan Africa, accounting for just over 1-million or 11.5% of deaths in the region. Spread over a 39-week period, the death toll would average at 826,000.

Though tuberculosis is among the lower respiratory tract infections, it is categorised separately in the WHO cause of death statistics. It accounted for 2.4% of deaths (230,000 deaths) in sub-Saharan Africa in 2012. Pulmonary TB mostly attacks the lungs, but its extrapulmonary variant affects other parts of the body, including the brain, spine and kidneys and bones.

Diarrhoeal disease causes most global deaths in children under the age of five. According to the WHO, there are an estimated 1.7-million cases of diarrhoeal disease in the world each year, with 780,000 children dying from diarrhoea.

Diarrhoeal disease, generally caused by bacterial, viral or parasitic organisms, causes death through dehydration. Yet these deaths are preventable: according to the US Centers for Disease Control, 88% of diarrhoeal deaths are the result of unsafe water and inadequate sanitation and hygiene.

Children are particularly vulnerable to malaria: in 2012, deaths in children under the age of five accounted for 41% of malaria deaths in sub-Saharan Africa.

According to ONE, an international advocacy organisation targeting poverty and preventable diseases, six African countries account for nearly half of global malaria cases: Nigeria, Democratic Republic of the Congo, Tanzania, Uganda, Mozambique and Cote d’Ivoire.

An increase in malaria interventions – the provision of insect-repellent mosquito nets and indoor spraying with insecticides, for example – has seen the number of deaths in sub-Saharan Africa fall from 812,000 in 2000 to 568,000 in 2012. Of 3.3-million lives saved through such interventions between 2000 and 2012, 3-million were of children under the age of five in Africa.

Stroke is the second leading cause of death globally after coronary heart disease , accounting for 6.7-million deaths in 2012 – 427,000 or 6% of these were in sub-Saharan Africa.

About 4.4% of total deaths in sub-Saharan Africa were the result of stroke. Over a 39-week period, stroke would have accounted for an average 320,000 deaths in the region in 2012.

During a stroke, blood carrying oxygen is cut off from the brain, potentially leading to brain damage, disability or death. Family history, age, gender and race can be determining factors for stroke. Additional risk factors include obesity, diet, diabetes, smoking, hypertension and cholesterol.

Other leading causes of death in sub-Saharan Africa

In the 39 weeks that the WHO has tracked the Ebola outbreak in West Africa, 3,338 individuals died from the virus – an average of about 86 deaths a week. HIV/AIDS alone claimed an average of 21,000 lives each week in 2012.