2013 matric results: a round of applause certainly, but the system’s still broke 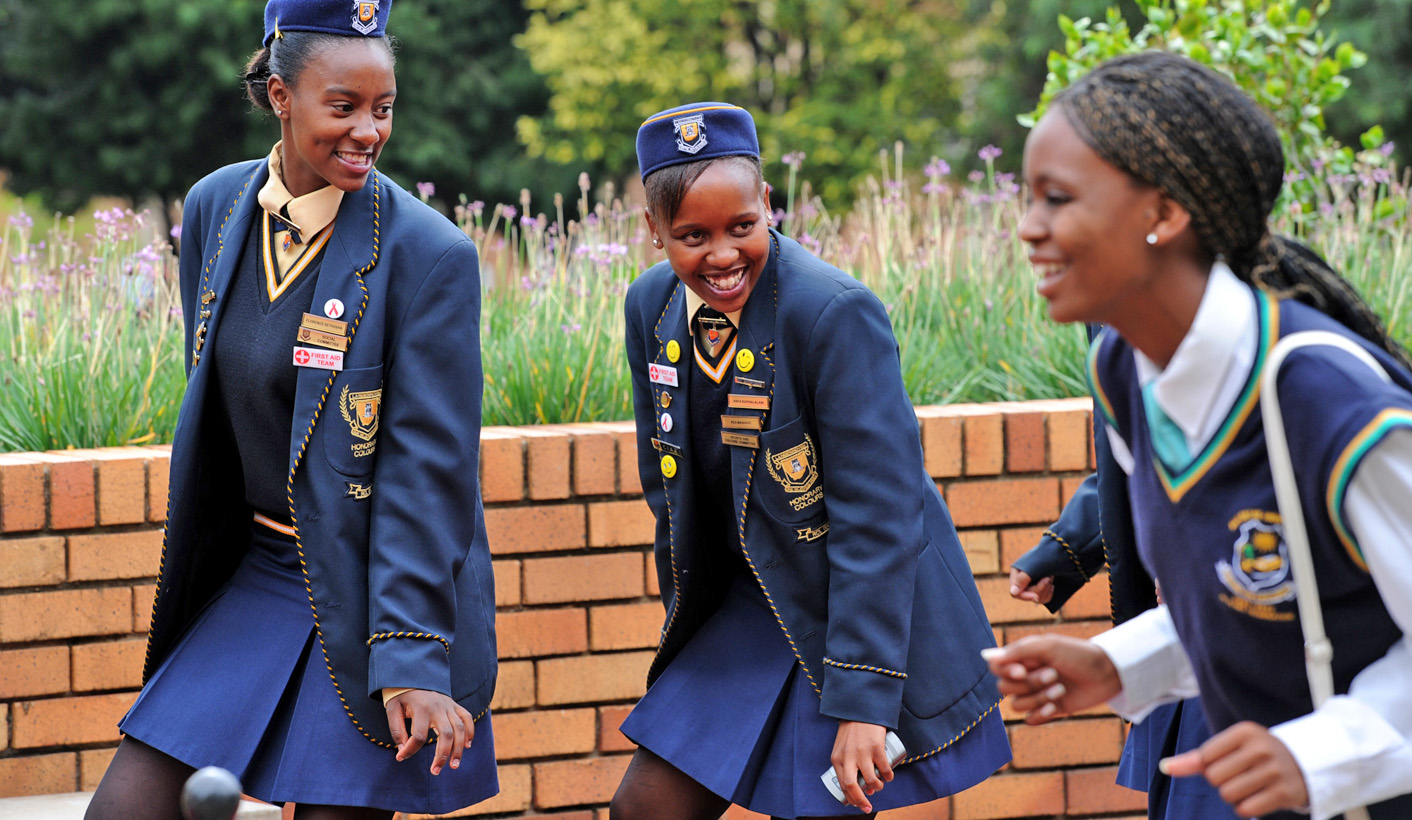 The 2013 matric results are out for analysis and by all accounts there's an improvement. But with school dropouts remaining high, quality of education low, and infrastructure a court afterthought, not enough is being done on the single most important issue in South Africa's future. It's time to recognise the success, but not get carried away. Especially in an election year. By GREG NICOLSON.

President Jacob Zuma deserves some recognition. He said his administration would raise the matric pass rate and he’s done it. “Education will take this country to prosperity which is why it is one of government’s five key priorities. We are therefore pleased to note this consistently upward trend in the matric results, with the pass rate going from 62.6% in 2008, dipping to 60.6% in 2009 only to rise to 67.8% in 2010, 70.2% in 2011 and 73.9% in 2012,” said the president. They’re not far off the bachelor’s pass rate either, he added.

The South African Communist Party said the results show the advances the ANC government has made since 1994. Premiers and MECs across the country lauded the undeniably increasing rates, showing improvements in many disadvantaged regions and provinces. Cosatu congratulated the learners before adding the all-important disclaimer that we must keep looking at the challenges.

If you follow matric results (don’t we all?), it’s the same each year. The overall pass rate goes up. We praise the top students and vow to learn from the hurdles they have overcome. Newspapers feature indiscriminate pictures of matriculants celebrating. Then we moan about the low pass rate, 40% in a student’s home language and two other subjects and 30% in the other units (it’s like putting foot high hurdles in an Olympic race). Professor Jonathan Jansen starts the broken record, arguing that a low pass rate does no favours for students. Then comes the chorus.

The South African Democratic Teachers Union (Sadtu) welcomed the results but pointed out a number of areas for improvement. The union said the gap between rich and poor schools is decreasing and it congratulated both Free State and North West for their improvements. But teaching conditions remain difficult, said Sadtu. “Teacher development is yet to be consolidated and this is inevitably had a negative impact on teachers’ pedagogical efficiency and subject knowledge,” said a statement. Sadtu said we need to focus more on early childhood development (ECD) and look at infrastructure. “Some learners still exit the schooling system having seen a test tube only in a textbook,” the union added.

The country’s blueprint for the future, the National Development Plan, also emphasises ECD in providing skilled workers for economic growth. Achieving a matric should be compulsory, it says. At basic education level, it suggests improving the retention rate of learners, building teachers’ skills, getting stakeholders on board with goals and increasing abilities in science and mathematics to compete on an international level. The key aim is to produce a 300% increase in university graduates in a 30-year period.

That goal seems lofty compared to the reality on the ground. Nikki Stein, a Section27 advocate who has worked on a number of key education cases, has no doubts that some learners are not receiving their constitutional right to education. The matric results show some improvement but a close look at the education system also reveals symptoms of an underlying collapse. Looking at problems on the ground, Stein has seen dismal cases of infrastructure decline and a lack of resources. She says there is a lack of accountability and political will to solve the problems. “I don’t think we’re going to achieve long-term solutions without addressing these issues,” says Stein, who points out multiple indicators of an unequal and failing system.

Professor Mary Metcalfe, an expert in education, said, “I think the improvements are welcomed, but the greatest challenges include the 60% of youth who do not achieve an education level greater than Grade 9, and who are invisible in the presentation of the matric pass rate. The [Department of Basic Education] would do well to announce the dropout rate with the matric pass rate so that we track both measures as they are related. We could build the foundation for improving retention of learners over the age of 16 by building stronger quality in the system from the primary school. This would include providing more support to teachers in the complex challenges they face.”

A 2012 study found teachers are one of the biggest problems in SA’s education system. It read: “South African teachers exhibit generally poor subject knowledge in language skills and mathematics, a weakness which carries over as teachers without the necessary competence are promoted up the line. This is arguably the fundamental problem in the school system.”

Perhaps the teachers are to blame for half of the students who started school dropping out before they wrote their Grade 12 exams. Or maybe it’s the infrastructure. Studying in an overcrowded classroom without a roof to stop the rain doesn’t promote a love for learning. Some would say it’s the lack of home languages, teaching something no one understands in a language no one understands.

Every year when the matric results come out we discuss the same issues. The important thing to remember is that with unemployment figures higher than credit card rates, an army of school dropouts across the country, and too few learners qualifying for further education, the system is in crisis. 2014 is an election year and it’s important to recognise gains where they have been made. Education figures have improved, but we can’t look into the toilet with rose-coloured glasses. Things have improved, but have they improved enough? DM

Photo: Learners dance during an announcement of Gauteng’s 2012 matric results at Wits University in Johannesburg, Thursday, 3 January 2013. The Gauteng matric class of 2012 achieved the best results in the country for the second time in three years, education MEC Barbara Creecy said at the event on Thursday. Picture: Werner Beukes/SAPA