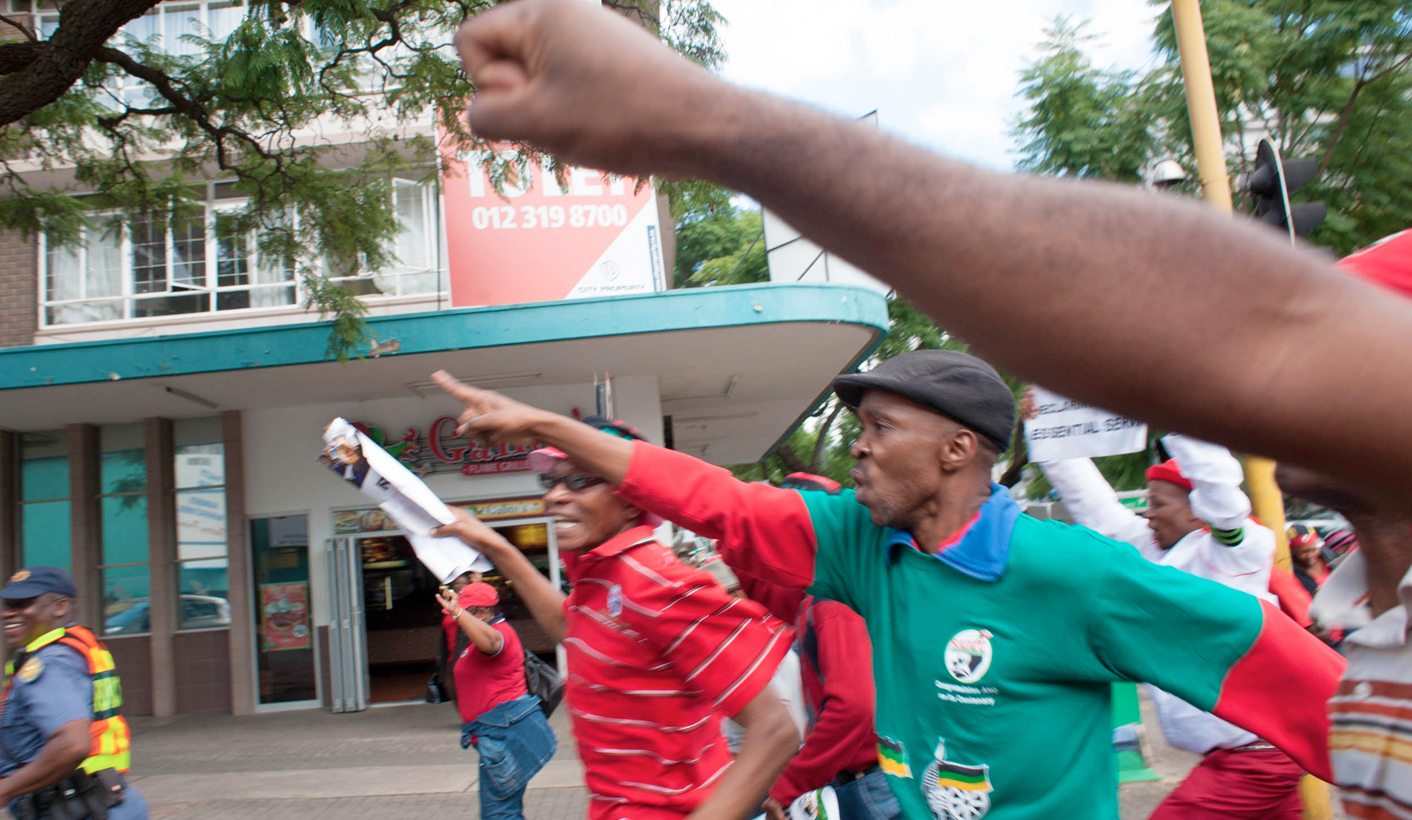 Weeks after teachers union Sadtu embarked on a go slow to protest against Minister of Basic Education Angie Motshekga and Director General Bobby Soobrayan for dishonouring a labour agreement, the warring parties have signed a peace treaty. The minister’s position looks safe, while Bobby’s up for investigation. Teachers will return to full duties, but a report shows they may make little difference. By GREG NICOLSON.

It feels like only yesterday that the South African Democratic Teachers Union marched en masse to the Union Buildings and Parliament. Two weeks ago, they told the country that “enough is enough” and they were left with one option: public demonstration. The country was up in arms that children might be idling on street corners or watching WWE at home instead of bettering their futures through education. But the teachers were stern: the Department of Basic Education (DBE) had terminated a bargaining agreement; norms and standards money had been cut; poor infrastructure was making teaching impossible; and the same leaders who presided over a host of scandals in 2013 were only making it worse. The solution? Motshekga and Soobrayan had to go, they said.

The minister appeared unfazed by the marches. Deftly, she turned public opinion against Sadtu (not that they have a wealth of support at the best of times) and diverted attention from the education crisis in South African schools. She pointed to the photo marchers displaying underwear on a stick, sent a letter to the Gender Commission, and ignored the union’s calls for her resignation. Check mate, Sadtu. Or so it seemed.

The union gave President Zuma 21 days to respond to its demands or it would go on a full-blown strike. It seems to have got things moving. In a press release last night Sadtu called its marches “hugely successful”. It suspended its work to rule action, which saw teachers only working in the classroom while shirking other duties, due to the good faith shown by government in addressing the concerns. The go slow will be suspended pending Zuma’s response.

The DBE has agreed to rescind the decision to cut Limpopo teachers’ rural allowances and investigate the non-payment of norms funds in the province. It will provide timelines for infrastructure upgrades in schools and will establish a task team of government and union officials to investigate the dispute over the bargaining agreement for exam-related work. “The parties commit themselves to optimal collaboration in enhancing and improving quality education,” reads the joint statement. “The parties resolve to work together to give true meaning and purpose to education as an apex priority.”

There’s no mention of Motshekga’s position, but Soobrayan, a more realistic target for Sadtu, gets a nod. “Allegations of corruption levelled against the director general and other officials of Department of Basic Education shall be referred to the Public Service Commission by the DPSA. These matters shall be investigated and dealt with diligently as a matter of urgency,” reads the statement. The Presidency’s investigation into the Limpopo textbooks scandal criticised the DG’s “indecisiveness” and recommended he be investigated by the Public Service Commission. Reports this weekend claimed Soobrayan had made a submission to the investigation but it’s unclear when the findings will be completed and given to Zuma.

Sadtu seemed satisfied on Monday evening that finally their concerns had been listened to. The DBE doesn’t go as far as agreeing to the union’s demands and committing to address its concerns, but Motshekga’s team did enough for now: government showed it was willing to listen and either committed to making plans to fix problems or referring labour’s complaints to an outside arbiter. It may not sound like much, but teachers are back at work and we don’t have to talk about the minister’s underwear any more.

But what does it all mean for students? The National Education Evaluation and Development Unit (NEEDU) released a study last week called “The state of our education system” and found teachers’ lack of knowledge about the content they are trying to teach is a key problem in the nation’s education system. Dr Nick Taylor, the study’s author, looks at a series of causes of substandard education in the country.

“A good teacher is one who engages her learners’ cognitive attention through a set of activities and interactions with text and other materials. She knows her subject well, and understands the level at which to pitch it for her grade and the steps required to build each concept,” writes Taylor.

Sadly, SA has far too few good teachers. The problem isn’t their unwillingness to teach but their inability. After visiting over 100 primary schools in urban areas in 2012, Taylor found that “South African teachers exhibit generally poor subject knowledge in language skills and mathematics, a weakness which carries over as teachers without the necessary competence are promoted up the line. This is arguably the fundamental problem in the school system.” The report shows astonishing figures revealing many teachers simply don’t know what they’re teaching.

Those wanting to become teachers need better training and existing teachers need capacitating; that’s not a revelation. Taylor describes how over two decades the government has invested billions of rand towards a wide range of programs designed to teach teachers what they are supposed to teach students. The problem is that it hasn’t worked, says Taylor, and the way we train teachers needs to change.

It’s a situation we know all too well. Unions strike. Government fails to deliver on education. Everyone knows the system is failing many South African students but the process repeats, with slightly changing matric pass rates. But while that process plays out, someone should look at the report from National Education Evaluation and Development Unit. It asks the relevant questions about practical issues relating to education, a good lesson for the other stakeholders involved. DM