Mogoeng Mogoeng: Still no evidence Zuma is his puppet master 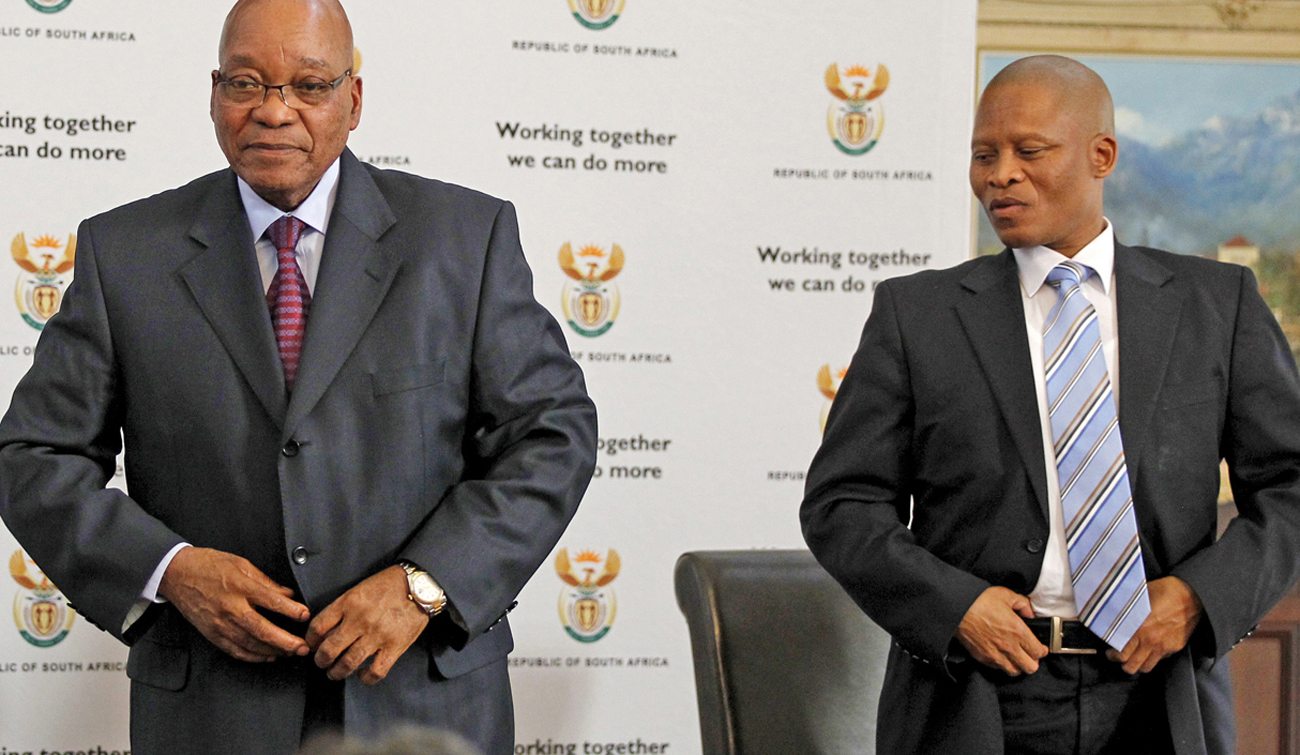 It was over two years ago that President Jacob Zuma nominated Mogoeng Mogoeng as Chief Justice. It was one of those historic moments that only Zuma can create. But we've moved on a bit since then (although the Hlophe Tribunal hasn't). And on Friday he was awarded an honorary doctorate. It's time to assess how he's done. By STEPHEN GROOTES.

When Chief Justice Mogoeng Mogoeng was first nominated to his current post, I made my view quite clear. I said that I thought he had been chosen by Zuma because he was the weakest of the candidates that he could get away with. I pointed to his relative youth at the then age of just 50 (these are judges we’re talking about) and even went as far as to suggest that he was probably the judge who had views closest to Zuma. You know, slightly on the patriarchal side.

At the time, after the appointment of Menzi Simelane as National Director of Public Prosecutions, cynicism about Zuma’s selections was beginning to grow. Which meant that Mogoeng almost arrived in the midst of yet another Zuma-created storm. Or, depending on how you view these things, in the middle of a storm created by those who don’t like Zuma or who try to oppose anything the ANC does.

I attended Mogoeng’s Judicial Service Commission interview, the one he mentioned again over the weekend. It was clearly a traumatic experience for him. The main quote, the soundbyte that we all remember came after he had been asked, “Do you believe God wants you to be Chief Justice”. His answer, “Yes, I do”, seemed to almost hang him in the court of the so-sophisticated judicial/legal/political set.

If you’d asked me then, I would have thought we would have had a major scandal or controversy of some sort around him by now. Today, I have to say, that we have not. Now before you think I’m damning with faint praise, just think about the country we live in, and how complex, and politicised we are.

Everything here is a contest, an argument, and sometimes a poo-throwing fight. And yet Mogoeng, a Zuma appointment no less, has managed to somehow stay out of it (although Paul Hoffman at the Institute for Accountability in South Africa would strongly disagree).

Then there are his judgments. For a person everyone claimed was “Zuma’s man”, the legal evidence just isn’t there. I’m open to correction (especially if Pierre de Vos reads this), but there have been no serious instances in which he has appeared to rule in that way.

Sure, he’s sided with majority or the minority in some cases that have gone government’s way, or been seen as conservative or “executive minded”, but not in any way that seems to make him stand out from other judges on the bench.

There are those cynics who will claim that he’s just biding his time, and doesn’t want to be caught out, and so is simply behaving himself until the balance on the court changes. But I don’t buy it. For a start, it’s patronising, and assumes that he is simply Zuma’s man because Zuma appointed him, and secondly, it suggests that there’s some form of hidden communication between the two.

For that to remain hidden would require huge amounts of discipline, and while Zuma himself is intensely disciplined, his office is not. Someone would have leaked it.

But the other main reason that this simply cannot be true is that Mogoeng is already nearly a quarter of the way through his term. He won’t be there for that much longer. And he will know that in just a few short years, Zuma himself won’t be there anymore either. So, it’s simply not feasible for this to be part of some grand plan.

Mogoeng said this weekend that no one had spoken as much about the need for a fully independent judiciary as he has done. In that he is absolutely correct. No one has pushed this in public as much as Mogoeng. And it seems he is making progress. The courts aren’t fully funded at a full arms-length from government yet, but he’s certainly making the right noises, and gaining traction.

Never underestimate the urge for a man, any man, to want to build his own empire, and to make it as powerful and as independent as possible. In this case, that’s a good thing, because it’s judicial independence we’re looking at.

And then there is perhaps the most important aspect of his job: chairing the Judicial Service Commission. This is where he can have real power. In these meetings, the chair is everything. They get to decide whether certain questions have to be answered in public or not. Now, you can imagine that his first instinct, after the grilling he had gone through, would be to simply protect.

And yet look at who he’s been protecting. Last week it was a white male advocate who had been asked what he had done during the struggle. Of all the people you would think Mogoeng would just sit back and enjoy the squirming, yet this is the person he protected. At a time when the JSC is under fire for not appointing white men who appear to qualify.

And, it now appears, he is also pushing for more women in the judiciary. Not before time, by the way. He may be a little late on this one. When he goes into the Constitutional Court tearoom, he must realise there are only two women with him. And surely, before Zuma makes those final appointments, he has a chance to have a quiet word…

But it’s not all wine and roses over at Constitution Hill at the moment. It’s clear there must be massive divisions among many of its members over the Judge John Hlophe affair. To have a situation in which two judges, Chris Jafta and Bess Nkabinde, first agreed to be a part of a complaint against Hlophe and have now decided not to be, while the other judges are continuing with theirs, seems to be intolerable. It means that the two sides clearly disagree on the biggest test the court has ever faced. And we still don’t know why these two judges have changed their minds.

Where I have to differ with Mogoeng, is in his view that they do not owe us an explanation. To say simply that they do not, and have a right to use technical legal arguments is to be overly legalistic in a political space. It may seem a judicial space, but has become political. And hugely public, in a way that appears to threaten the credibility of the entire court.

No doubt Mogoeng is in a tricky situation here. Thanks to a small intervention on his part several years ago during a bid to mediate an amicable solution to the Hlophe impasse, he has to recuse himself, and can’t take any kind of leading role, whether in court cases around it, or even, if you want to interpret things that way, in the JSC.

However, if his only public comment on the matter is a defence of Jafta and Nkabinde, it’s going to strengthen those who claim he’s somehow involved in their decision to change their minds. Whether or not that is in fact the case. And so this could be a risky route to take.

Predicting the future is always a mug’s game. In South Africa, it’s even more foolish, because the unexpected can happen so quickly. But, I have to say, so far I’m impressed with Mogoeng Mogoeng. And I didn’t think I would ever say that. DM

When not being presumptuous and judging judges, Grootes is the host of the Midday Report on Talk Radio 702 and 567 Cape Talk. Mogoeng has not yet been a guest on that programme, but he’s always optimistic. He’s also the Senior Political Reporter for Eyewitness News.