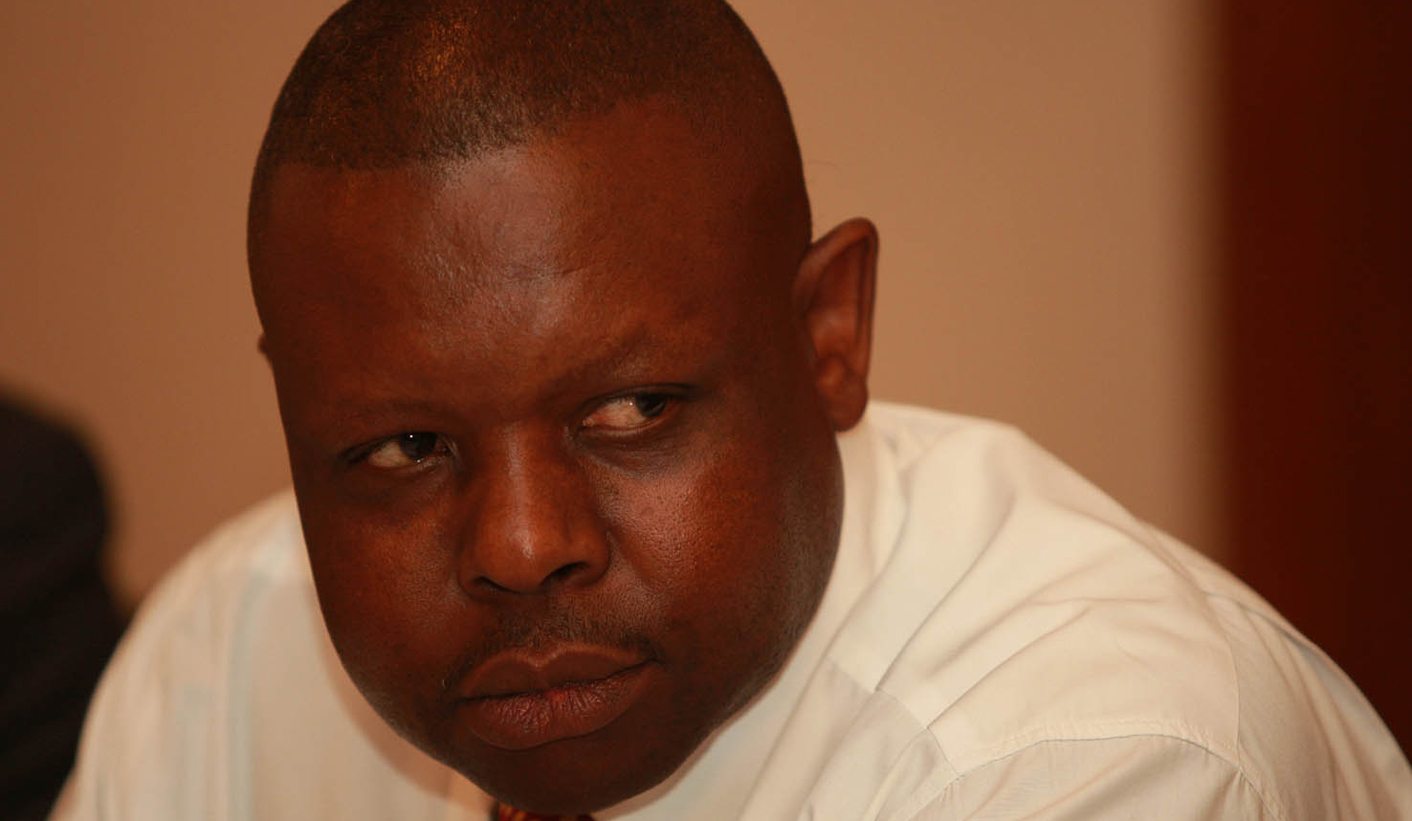 The Judge John Hlophe saga has been going for so long that children who were starting high school when it began are now about to matriculate. In fact, when Hlophe decided to have those conversations with two Constitutional Court judges, we were all living in another country. There was a man who enjoyed reading on the throne at the Union Buildings, and one who seems to enjoy other things was about to stand back, and enjoy the totality of a recall. And when it began, it looked serious, in the way that only a scenario involving a senior judge trying to influence judges in the country's top court to rule a certain way for soon-to-be-president can. But it became even more damaging than we first thought. And the damage it's causing isn't over. The Judicial Service Commission (JSC) tribunal hearings that have now started into Hlophe's conduct still have the potential to actually wreak even more havoc on the Constitutional Court. By STEPHEN GROOTES.

As always with matters Hlophe, it’s important to provide some context. Our tangled web starts when the Constitutional Court released a public statement which said that all of its judges have lodged a complaint with the Judicial Service Commission, accusing Hlophe of trying to influence two cases relating to then Mr Jacob Zuma. In short, we learnt that Hlophe had gone to Constitution Hill and spoken to Judge Bess Nkabinde, and then Acting Constitutional Court Judge Chris Jafta. It appears he mentioned the Zuma cases to both of them, and then said to Nkabinde that he had “a mandate” to approach her, and told Jafta that “you are our only hope”. These two judges themselves didn’t decide at that point to take the matter any further.

However, then Judge Kate O’Regan found out about the conversations, and told Deputy Chief Justice Dikgang Moseneke. All of the judges then held a meeting, at which it appears Moseneke and O’Regan pushed strongly for all of them to lay a complaint. At some point it seems that both Nkabinde and Jafta disagreed with this, but they went along with the majority in the end.

It is this exact sequence of events that Hlophe’s lawyers are now tackling in front of the Judicial Conduct Tribunal. Led by his imported Queen’s Counsel Courtenay Griffiths, the argument essentially is this: The JSC cannot, and should not continue with the case against Hlophe, because there is no formal, written and sworn complaint against him in the form of an affidavit. His case is bolstered more than somewhat by the fact that both Jafta and Nkabinde have said they will not make any formal complaint against him, and that they do not believe they have any duty to.

In short, they do not believe at this time that this hearing should be happening.

This leads to several questions. Firstly, what exactly happened in that meeting that saw the original decision, back in 2008, to lodge the first complaint against Hlophe? And secondly, what is the judicial tea-room like at Constitution Hill at the moment? And yes, they do feed into each other quite strongly.

It is here that we start to enter the seaweed. And your point of view is probably going to revolve around how you see Moseneke. Is he a tireless worker for human rights, who has the brains and the brawn and the guts to stand up for what is right no matter what the reaction? Or is he a judicial bully, in the Mbeki mould, who pushes people into doing things they don’t want to do and maybe even tells them what books to read?

It’s always difficult to know what to do when you see someone being mistreated. Sometimes it’s obvious – you run into the dark alley and pull him off her. Sometimes it’s not so obvious; you stand by and watch as she cries after you’ve heard shouting in the next room. Sometimes you try to intervene and suffer greatly for the trouble. Often the person you try to help, out of fear or embarrassment, simply asks you to leave.

I well remember myself a few years ago going up to a younger woman and telling her that I thought the way she had been treated during a press conference by a much older man was wrong, and that I thought she should say something. I even suggested I would write something about it if she didn’t, such was the strength of my feeling on the matter. I partially regret that approach now, as it possibly made the situation worse for the person involved. Having said that, perhaps I’d feel worse now if I did nothing.

One can imagine that Moseneke and O’Regan had a similar dilemma. Without knowing the exact context of the conversation, the previous relationship between Jafta and Hlophe and Hlophe and Nkabinde, how do you judge what was said? Especially if you weren’t in the room at the time?

As a guiding principle, it seems sensible to me to have an ironclad rule that under no circumstances can someone, especially another judge, discuss a case with you. Particularly one involving someone like Jacob Zuma.

But what if the judge hearing the case initiated the conversation? What if it was a simple request about a particular aspect of law? In the same way that lowly journalists phone each other for advice, would it not be too much to ask people in the legal field to never speak to each other about specific cases? Surely it happens on a daily basis in some cases. Judges are human too.

This, then, leads nicely back to the tea-room at Constitution Hill. Surely there must be some who wonder who will lose and who will gain by the Hlophe hearing that is underway across town near OR Tambo. For Hlophe, the risks are obvious. The fact he’s fighting every step of the way shows how high the stakes are. If he loses this, he’ll be out of a job, the first judge to be removed by Parliament, and a ruined man. If he wins, he’ll be able to go back to Cape Town free and clear. And it won’t be long before the rumbling starts about whether he should go to Constitution Hill himself.

O’Regan is no longer on the bench, and probably has very little to lose either way. Jafta and Nkabinde stand to lose a little. If they end up having to give evidence (and it doesn’t seem like the Tribunal can compel them to do so) then they just have to be honest about those conversations. If the Tribunal finds Hlophe innocent, they’ve done nothing wrong, and would look vindicated. If he’s found guilty, it will blot their copybook, but not too badly. It would have been an error of judgment, not exactly driving their car through someone’s wall after too much tea.

But the other career that could be at stake is that of Moseneke. If he comes across as a bully, the person who forced Jafta and Nkabinde to press ahead with this complaint, it might just be more than even he can take. First he was passed over for Chief Justice, then the humiliation for him of watching Judge Mogoeng Mogoeng, someone who was an Apartheid prosecutor while he got his matric on Robben Island, getting the job he always wanted.

And now this. It could spell the end of the line for him. DM

Grootes is the host of the Midday Report on Talk Radio 702 and 567 Cape Talk, and the Senior Political Correspondent for Eyewitness News. He’s been part of the political hack pack since before the Polokwane Tsunami, and covers politics in a slightly obsessive manner.  He has covered the Hlophe Saga for five long years. And expects to be covering it well into his old age.