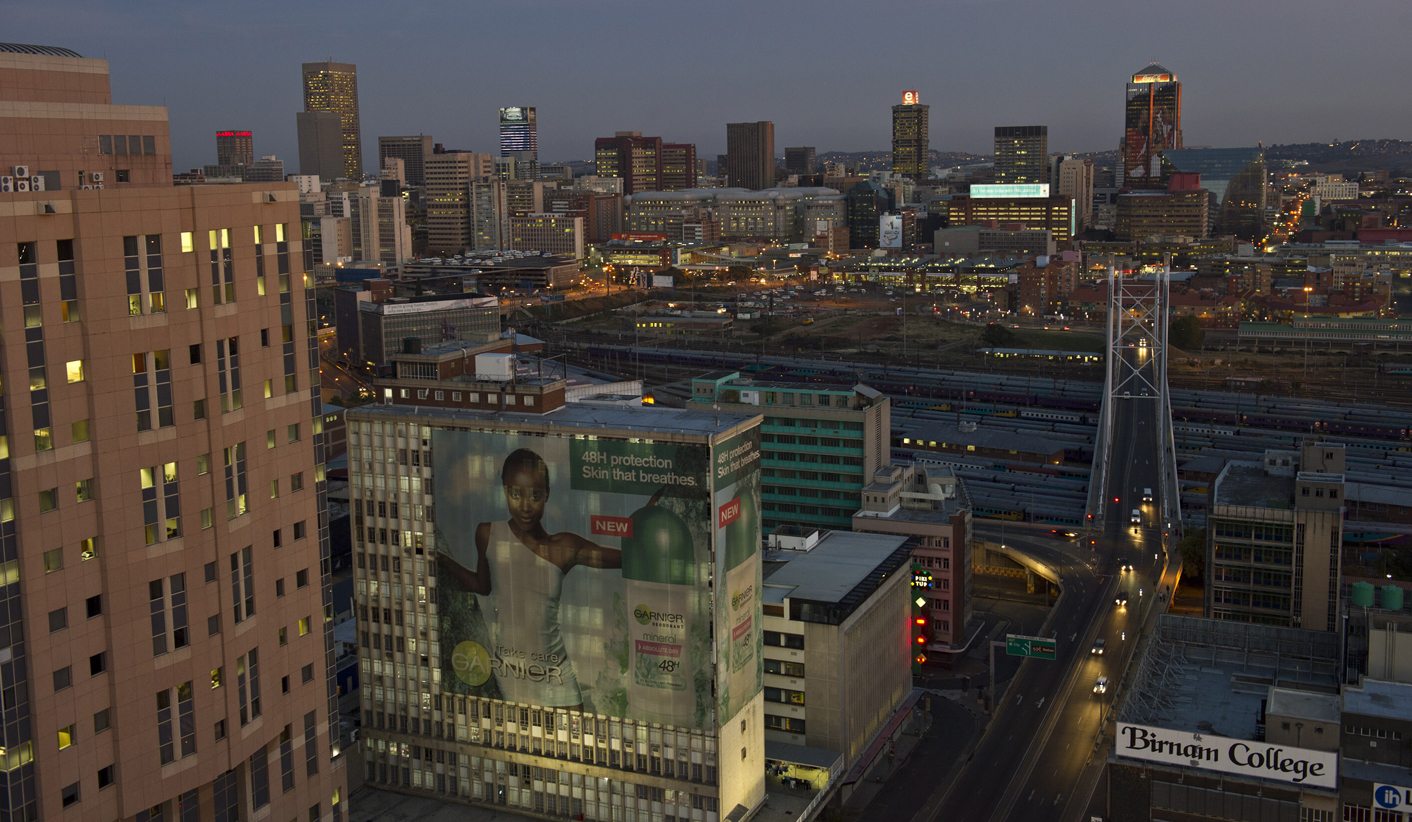 City of Johannesburg mayor Parks Tau delivered his state of the city address on Thursday, making big promises to spend on infrastructure and economic development whilst fighting crime and corruption. Skeptics are not convinced, claiming there is not enough acknowledgement of just how bad things are in the city. By SIPHO HLONGWANE.

Johannesburg is going to spend big. In the region of R100 billion over the course of the next ten years, with R30 billion allocated for the next three years. This new infrastructure investment drive was announced by the executive mayor Parks Tau in his state of the city address delivered on Thursday.

A major part of the new spend is going towards transport corridors that will connect ‘strategic nodes’ in the city through a public mass transit that will include buses and passenger rail.

“We have the northwest quadrant of our city including Ruimsig, Cosmocity, Sunninghill and Diepsloot for expansion and growth. To guide investments and development in these regions, we have developed regional economic development plans. In this regard, Madam Speaker, in partnership with relevant stakeholders, we will commence with development of a regional economic node in Lanseria which will be anchored by hotels, a conference centre, a research and development park, an agri-hub, a shopping mall, aerospace innovation and a training hub, a medical precinct as well as the upgrading of the existing run-ways. Working in partnership with the private sector ad communities, the City will kick off the R1.2 billion Oasis in Soweto initiative,” Tau said.

A lot of the spend is not looking at developing new projects, but at crumbling infrastructure that needs to be repaired. According to the Democratic Alliance, the city has only invested about 3% of its budget on infrastructure rather than the treasury guideline of 18%, meaning that there has not been enough maintenance. There is also the problem of rising acid mine water, which could reach the underground aquifers below the city, causing a great health and environmental hazard.

Tau said, “There is an urgent need for investment in the upgrading of water reticulation systems, storm water, electricity substations, the road infrastructure network and waste treatment plans in order for us to facilitate local economic activity and create an enabling environment for economic growth.”

In his assessment of the city’s responsiveness and quality of service, Tau said that people were generally happy. This is in contrast to the DA, who said that there was actually widespread disgruntlement at service delivery in the city.

DA leader in the Johannesburg caucus Mmusi Maimane said: “Many of the programmes that the Mayor promised last year are not being effectively implemented. This has a significant impact on poor residents, since they are most dependent on these services. It is concerning that the City of Johannesburg is not only failing at delivery, but also at administration. The auditor-general’s investigations indicate that the City is failing to manage its money adequately, and that corruption and fraud continues to weigh the City and its finances down.”

The DA would have also been displeased to hear Tau promise to deploy more Johannesburg Metro Police Department officers in wards, which is something he has promised in last year’s speech without really delivering on it.

Maimane said, “The JMPD 10+ programme, which was supposed to ensure the deployment of at least 10 new JMPD officers to each ward, has at best been only partially implemented. The Mayor must explain why this happened, and what will be done to fix the programme.”

A problem that went almost completely unaddressed is the shambles that is the 1996/1997 housing list. The highly-publicised service delivery successes of late only serve to show the scale of the problem. It should not have taken this long to sort the list out, and the city’s plan to fix this was only really implemented in March this year.

The most glaring omission from Tau’s speech was any kind of acknowledgement for the pain and suffering that Johannesburg’s people have suffered because of the billing crisis, and other mismanagement disasters. He could have clawed back some desperately-needed goodwill with the public by simply saying: “I’m sorry, we screwed up”. It wasn’t just the reference to the billing crisis we were looking for, but perhaps an admission that the 10 JMPD officers per ward programme hadn’t been implemented properly. Or perhaps that they really dragged their feet in getting the housing list sorted.

There was none of that. Tau’s appreciation for pre-colonial Southern Africa is impressive – and lengthily spelled out in the speech – but problems that have been massive for the people of Johannesburg today, like the billing crisis, received scant mention.

Then there’s the failure to deliver on basic promises. There is just no reason why a housing list from 16 years ago should still be unresolved. And not only was the JMPD programme unimplemented, there was no explanation as to why. Just another promise to do it.

Most damning of all is that terrific underspend on infrastructure. Tau was the city’s top financial officer before becoming mayor, so a lot of that happened under his watch. It’s not surprising that his promises haven’t been met with boundless enthusiasm. DM