Analysis: After the murder that shocked the country, a...

Analysis: After the murder that shocked the country, a time for introspection 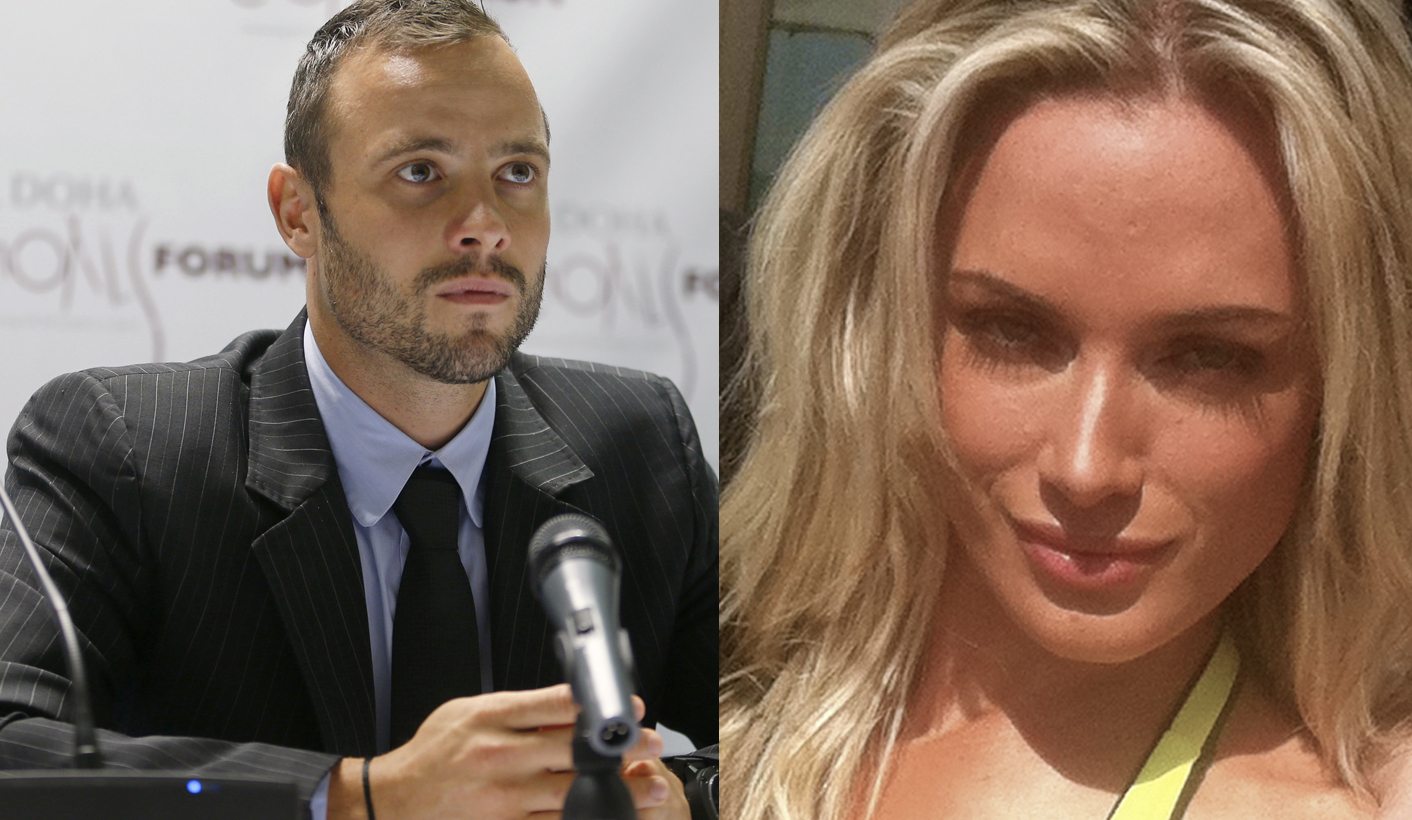 Reeva Steenkamp, a lively, well-liked young woman with a promising career, was allegedly killed by Oscar Pistorius on Valentine’s Day. It is a horrible, surreal story. The discovery that a national hero and global poster-boy for inspiration may also be a murderer is devastating. But we cannot allow Pistorius’s status to prejudice our response to what seems – based on scanty available evidence – like a gruesome act of domestic violence. If this is what it was, to downplay it would be to betray Anene Booysen and countless others. By REBECCA DAVIS.

Ahead of Pistorius’s court appearance on Friday, there are very few concrete facts about the shooting of Reeva Steenkamp in the public domain. We know that the shooting occurred in the early hours of Thursday morning, reportedly between 4:00 and 5:00. We know that Steenkamp was shot several times in the head and upper body. We know that neighbours reported hearing a disturbance before the shooting, and that police had previously been called to Pistorius’s house because of what police spokesperson Denise Beukes called “previous allegations of a domestic nature”.

Importantly, we know that it was a neighbour, and not Pistorius, who called the police to the scene after hearing shots ring out.

We know that the police will oppose bail during Pistorius’s Friday hearing. Although it is apparently common practice for police to oppose bail in cases like this one, Beukes gave a hint that there might be something more to motivate their opposition. She told journalists: “One of the reasons we will be opposing bail will be disclosed when he appears.”

We may also assume that it is definite that it was Pistorius who killed her. Police are not pursuing other investigations. We are not clear where the story emerged that Pistorius had mistaken her for an intruder – a suggestion dismissed by Beukes. It may have been an assumption of the Beeld journalist who broke the story. It may have come from Pistorius himself, or it may have been suggested to journalists by someone with an interest in protecting Pistorius. Whatever the source, it played a critical role in directing how Steenkamp’s murder was initially framed: as an accidental shooting. Consequently, there was much initial sympathy directed towards Pistorius.

As the day progressed and facts were clarified by police in a way which strongly suggested an intentional shooting, this sympathy began to wane. Journalists began digging in Pistorius’s background, and unearthed a number of unsavoury incidents. There was the hissy-fit he threw after being beaten in the 200 metres at the Paralympic Games last year, which suggested a man capable of anger and resentment in a way that was quite at odds with his shiny public image. There was a boating accident on the Vaal River in 2009 in which it appeared likely that alcohol was involved. In the same year, there was a night in police custody after Pistorius was accused of assaulting a 19 year-old girl.

There was also the testimony of Pistorius’s ex-girlfriend Samantha Taylor, who told City Press last year that the athlete has a wandering eye. “Oscar is certainly not what people think he is,” Taylor said – a statement that seems eerily prescient in light of current events.

Last year a New York Times journalist spent time with Pistorius and reached some interesting conclusions. “Hanging out with Pistorius can be a great deal of fun,” wrote Michael Sokolove. “You also quickly understand that he is more than a little crazy.” Sokolove painted a picture of a man prone to recklessness – he reported that Pistorius drove at 250km/h. He also portrayed him as jittery and gun-crazy: Pistorius whipped him off to the shooting range upon hearing that the journalist had never shot a gun before. Tellingly, Sokolove wrote: “Suddenly, I felt like one of those characters in a movie who must be schooled on how to be more manly”.

Pistorius, on his Twitter account, boasted of his shooting prowess in November 2011, writing that he had spent the afternoon at the shooting range. “96% headshot over 300m from 50 shots! Bam!” Pistorius tweeted. The athlete, Sokolove concluded, had the disposition “of a person who believes himself to be royalty of a certain kind – a prince of the physical world.”

Sokolove’s piece (which was by no means universally negative) was unusual in presenting an even mildly negative account of Pistorius, because his standard media coverage has been so uniformly glowing. And how could it be otherwise? His is a tale of endurance and inspiration; a triumph in the face of adversity. Pistorius is a reminder not to be constrained by physical limits; to follow one’s dreams; to not take no for an answer. It is heady stuff. He has done more than anyone in history to raise the profile of both disabled athletes and the Paralympics. He has carried out extensive good works to improve the situation of other disabled people.

It is totally understandable that the media would canonise Pistorius in the face of this. When someone operates so successfully as a symbol for so long, who cares about the man himself? Pistorius was a good news story, which is why advertisers love him – he is visual shorthand for “inspiring”, a metaphor on blades. It doesn’t hurt that he is extremely good-looking. In South Africa, he has made us proud. At the Olympics, he put us on a global stage: one of our own done good. To be asked to give this up and replace it with a profoundly ugly narrative, one of violence and death, feels traumatic.

In South Africa, we find it hard to let go of heroes. Hansie Cronje was still voted the 11th greatest South African of all time in 2004, despite having been disgraced and banned for life from professional cricket. And Hansie didn’t have half the inspirational cachet that Pistorius does. Sportsmen often get imbued with undeserved moral virtue – part of an aeons-old tendency to conflate physical prowess and external attractiveness with inner goodness.

In reality, though, they often do much to counter this perception. South African sportsmen have a particularly bad track record when it comes to violence against women. Cricketer Makhaya Ntini was found guilty of rape in 1999, though the conviction was overturned on appeal. Springbok Percy Montgomery spent a night in the lock-up in 2009, after his wife laid an assault charge against him, subsequently withdrawn. James Small, a 1995 World Cup winner, was outed as a wife-beater by the father of his former fiancée Christina Storm, who claimed to Fair Lady in 2001 that Small beat Storm “at least half a dozen times”. His compadre James Dalton also had his day in court in 2007, charged with having tried to drown his wife.

These incidents make news – unlike countless others – because of the public profile of the men involved. But there’s no sense that they are particularly career-limiting for the men involved. South Africa is famously sports-crazy, and the adulation meted out to successful sporting personalities seems to result in a high degree of immunity. Sportsmen are also prized on some level because they are the “manliest” men, in a country where aggressive, testosterone-driven masculinity is rewarded in arenas from schools to boardrooms to bedrooms.

Anene Booysen and Reeva Steenkamp lived very different lives. Steenkamp was well-off, professionally successful and from a stable home. None of those factors ultimately protected her from harm. Like Booysen, it would appear that she ended her life at the hands of a man she trusted.

In a terrible, poignant irony, Steenkamp had paid tribute to Booysen in an Instagram post earlier this month. “I woke up in a happy safe home this morning,” Steenkamp wrote. “Not everyone did. Speak out against the rape of individuals in SA. RIP Anene Booysen.”

In any other country in the world, a death like Steenkamp’s would provoke a vigorous national conversation about gun ownership. In South Africa, that’s unlikely to take place to any meaningful extent: too many citizens exist in a siege mentality, and too many people live in fear. But even if we’re not going to talk about guns, we have to keep talking about violence against women. We have to acknowledge that the problem pervades every echelon of South African society: that it touches the leafy estates of Pretoria as well as the construction sites of Bredasdorp. We have to work on developing alternative masculinities: ones that prize virtues other than being able to run the fastest or hit the hardest.

We have to do these things now. It is literally a matter of life and death. For Anene Booysen and Reeva Steenkamp, it’s too late. DM