Côte d’Ivoire: Gbagbo on the brink 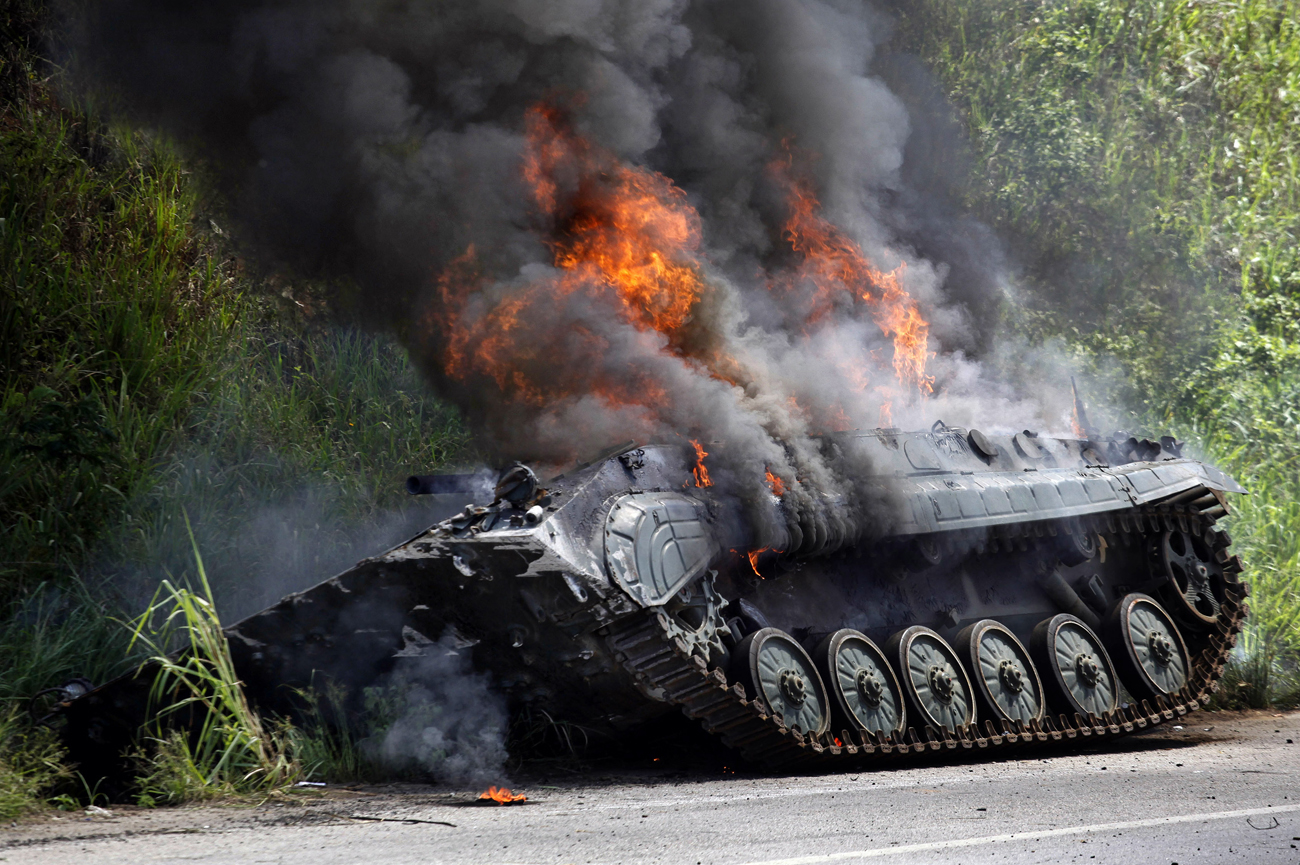 After five months of chaos, it is all appears to be over. Or damn close to being over, as Laurent Gbagbo finally told the United Nations he’d like to negotiate terms of surrender and exit from Côte d’Ivoire. President-elect Alassane Ouattara is now faced with the gigantic task of rebuilding a shattered country. By SIPHO HLONGWANE.

It seems Gbagbo initially considered a full surrender, and sent two generals to negotiate the terms with the UN, but then changed his mind as the day progressed and said he was only negotiating an end to the hostilities. He reiterated the line that he had won the elections of 21 November, and told French television station LFC, “The army has called for the suspension of hostilities … and it is currently discussing the conditions of a ceasefire with the other forces on the ground, but on a political level no decision has yet been taken.”

It emerged Gbagbo had been hiding in a bunker under the presidential palace all along. He also told another French TV channel:

“For peace to return to Ivory Coast, I and Ouattara, the two of us have to talk,” he added.

What is obvious, and surely even to Gbagbo, is that this is the end of the road for him. He can go nowhere in Côte d’Ivoire (both literally and figuratively) now, and his remaining presidential domain is the bunker he’s holed up in.

The European Union’s chief diplomat Catherine Ashton and the African Union head Jean Ping released a joint statement saying, “We agreed that Laurent Gbagbo had to step down as the only way out of the current crisis, and that work should now start to promote recovery and reconciliation, under the leadership of the democratically elected President Alassane Ouattara.”

Gbagbo’s ceasefire offer, made through his chief of staff Phillipe Mangou was, of course, too little, too late. The pro-Ouattara army Forces Républicaines de Côte d’Ivoire have already taken control of the country and most of the economic capital Abidjan. The FRCI are reportedly in high spirits and expected Abidjan to fall completely into their hands within a matter of hours. Gbagbo’s army is in complete disarray and defections are the rule rather than the exception. For Gbagbo to now call his surrender (because that is what it really is) a “negotiated ceasefire” is derisory, considering the escalation in conflict was a direct result of his actions in the first place.

Indications at the moment are Gbagbo is most likely to hand himself over to the UN. He probably will not want France to handle him after he earlier accused Nicolas Sarkozy of wanting to commit genocide in Côte d’Ivoire and he definitely will not want the FRCI to be the ones handling him after he surrenders.

The FRCI started moving south across the north-south surrender line towards Yamoussoukro and Abidjan after Ouattara had expended every other option in trying to bring an end to the post-election crisis. Gbagbo refused to accept that he lost after the United Nations and the US ratified the elections declaring Ouattara had won. The Economic Community of West African States then stepped in and declared that Ouattara had won, and still Gbagbo clung to power. At that stage the African Union then decided to send a five-president panel to Côte d’Ivoire to mediate in the crisis, and they too eventually said Ouattara was the rightful president. Things turned nasty in Abidjan when the supporters of Ouattara’s marches were met with violence from Gbagbo’s troops. In an effort to cut Gbagbo’s funds, the US pressed sanctions against him, and still he refused to step down and violence against his opponents continued. The tipping point for the FRCI seems to have arrived when Gbagbo’s supporters in Abidjan urged further violence against his opponents even as new negotiations were being organised with the AU. They began marching south, meeting very little resistance on the way, before arriving for a massive, six-day fight in Abidjan.

For Ouattara, the task that lies ahead is not an easy one. Yamoussoukro, the political capital of Côte d’Ivoire may be firmly in his control, with his prime minister (and former rebel leader) Guillaume Soro now headquartered there, but restoring peace to the country will be a lot harder than that. The president of Côte d’Ivoire will have to spend a lot of effort, time and political capital convincing the country to maintain peace across ethnic and religious divides. He will have to rebuild its to attract foreign direct investment Côte d’Ivoire so desperately needs.

Most importantly, Ouattara will have to get the various rebel commanders that control the different parts of the country to continue supporting him and work towards a lasting peace now their common enemy, Gbagbo, is no more. Fortunately for Ouattara, the FRCI and its chief commander Soro are firmly on his side, Soro serving as his prime minister and minister of defence. That should help iron out any initial difficulties that he may face in re-establishing a semblance of normality to Côte d’Ivoire and set in on the road towards prosperity the country once enjoyed. DM

Main photo: A tank burns by the roadside after heavy fighting in Ivory Coast’s main city Abidjan, April 5, 2011. Ivory Coast’s Laurent Gbagbo was negotiating the terms of his departure from power on Tuesday following a fierce assault by forces loyal to his presidential rival backed by U.N. and French helicopter airstrikes. REUTERS/Emmanuel Braun