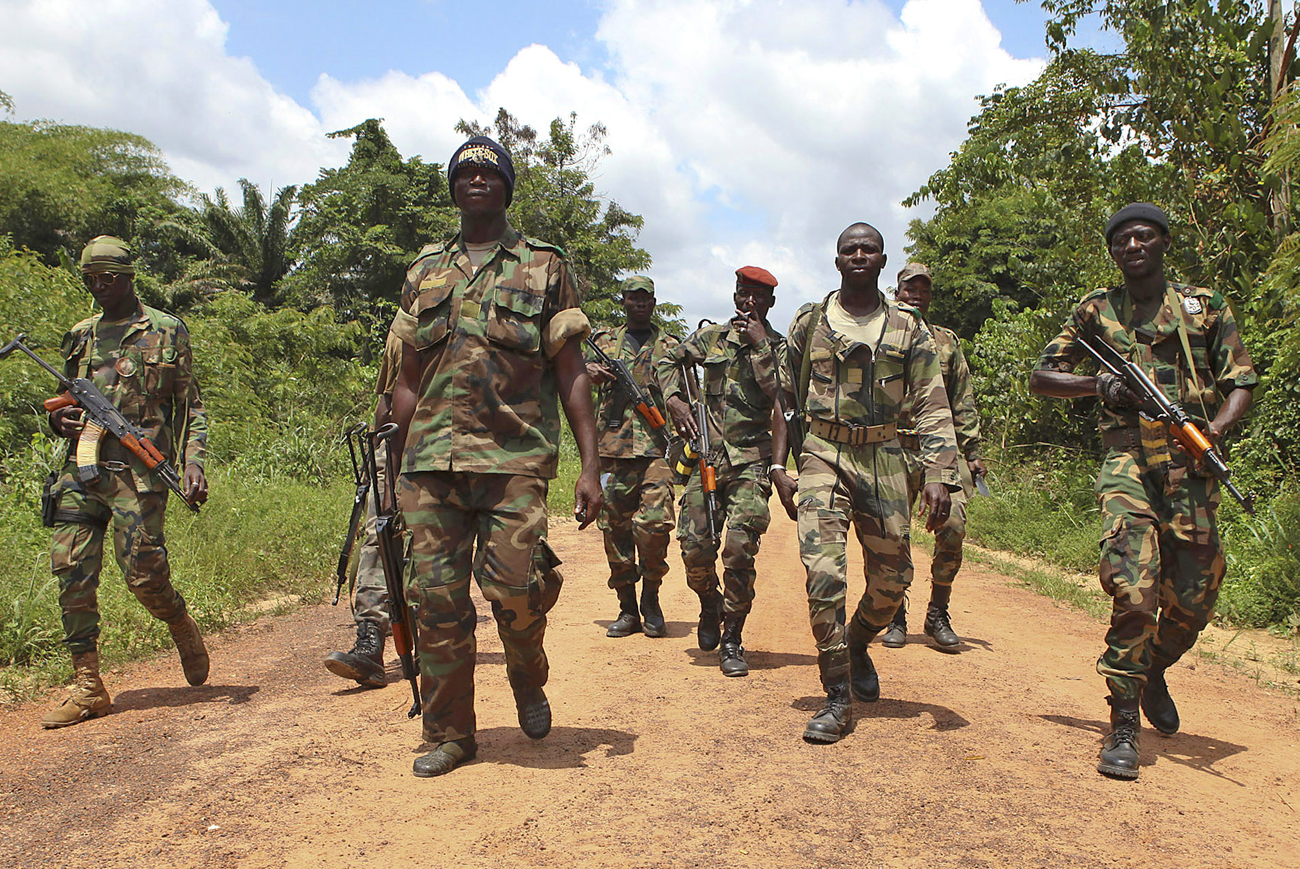 Many thought a fierce battle for Côte d’Ivoire’s capital, Yamoussoukro awaited, but it fell without incident, as Laurent Gbagbo’s army fled before the advancing Forces Républicaines de Côte d’Ivoire. The only thing between them and Gbagbo in Abidjan now are 225km of good highway. By SIPHO HLONGWANE.

According to the Forces Républicaines de Côte d’Ivoire, the army entered Yamoussoukro and pretty much occupied it without incident. Laurent Gbagbo’s army, that had been digging in on Wednesday in anticipation of a major battle, did not put up much resistance.

The Guardian reported, “The pro-Ouattara Republican Forces (FRCI) captured the city within hours as government opposition melted away. Eyewitnesses saw soldiers taking off their uniforms and throwing guns and ammunition into ditches as they fled from the rebel army. Others say some soldiers simply switched sides and joined the FRCI.”

The strategically important cocoa-exporting port city of San Pedro is reportedly also now under Ouattara-aligned forces’ control. The commanders of FRCI are now gunning for the economic hub of  Abidjan, where they previously promised that it would fall “within hours”. The rebels seem emboldened by how quickly previous pockets of Gbagbo power fell.

The United Nations Security Council has now approved targeted sanctions against Gbagbo, his wife and three key aides. The sanctions include a travel ban and freeze on assets, which will aggravate Gbagbo’s financial problems and have resulted in mass defections from his army. The 10,000-strong UN peacekeeping force in Côte d’Ivoire is now authorised to use “all necessary means” to protect civilians under “imminent threat of violence”, including prevent the use of heavy weapons against the civilian population. In plain words – should Gbagbo use his heavy weaponry or helicopters, they would be destroyed.

The suburbs of Cocody and Abobo have been under sustained attack from Gbagbo’s military for months now, and several hundred citizens have died. Cocody and Abobo are pro-Ouattara, and the population is mainly from Ouattara’s power base in the north.

According to a statement from the office of Ouattara’s government, Guillaume Soro, the prime minister and minister of defence for Ouattara, has moved his headquarters from Abidjan to Yamoussoukro to co-ordinate the work of the FRCI.

“As he did in the far west of Cote d’Ivoire, such as Man, Zouan-Hounien, Bin-Houyé, Toulepleu, Péhé and Bloléquin, the prime minister, minister of defence, today visited Daloa to see personally the work undertaken by the Republican forces whom he himself had put in the ?eld,” the statement said. “With this move, prime minister, minister of defence, demonstrated once again the priority he assigns to the nation’s soldiers. For him, a true leader must share in the daily difficulties of his men.

According to the statement, several youths in Daloa, Bondoukou and Abengouro (towns captured by FRCI) have been caught looting and handed over to the authorities.

Things are really not going well for Gbagbo.

Interestingly, what appear to be Gbagbo’s last group of friends have been identified as a number of right-wing Christian politicians in America, including Oklahoma senator James Inhofe, who wrote to US secretary of state Hillary Clinton, urging her and the Obama administration to change their stance on Cote d’Ivoire and call for re-elections. Gbagbo’s other prominent friends in America include televangelist Pat Robertson. Their support seems to be purely on the grounds that Gbagbo is an evangelical Christian. Robertson said of Gbagbo on his TV show, “Everybody says this man is an evil thug who needs to go. That’s not true. He’s a Christian, he’s a nice person and he’s run a fairly clean operation in the Ivory Coast.” Pat Robertson’s earlier friends include Charles Taylor, former president of Liberia and current guest of the International Criminal Court in The Hague. One would think these people had done enough harm in Uganda by funding the anti-gay lobby, and causing untold grief.

Nevertheless, Gbagbo’s days appear numbered. The next set of events will largely be defined by his moves: He may decide to finally leave or to fight until the last of his men are still breathing, after many more civilian deaths. Sadly, the latter is still a distinct possibility. DM

Photo: Fighters from the Republican Forces rebels walk at the village of Pekanhouebly on the border of Ivory Coast and Liberia, March 24, 2011. The U.N. Human Rights Council agreed on Friday to send an independent commission to investigate killings and other crimes in Ivory Coast which is on the verge of civil war. Picture taken March 24, 2011. REUTERS/Simon Akam.