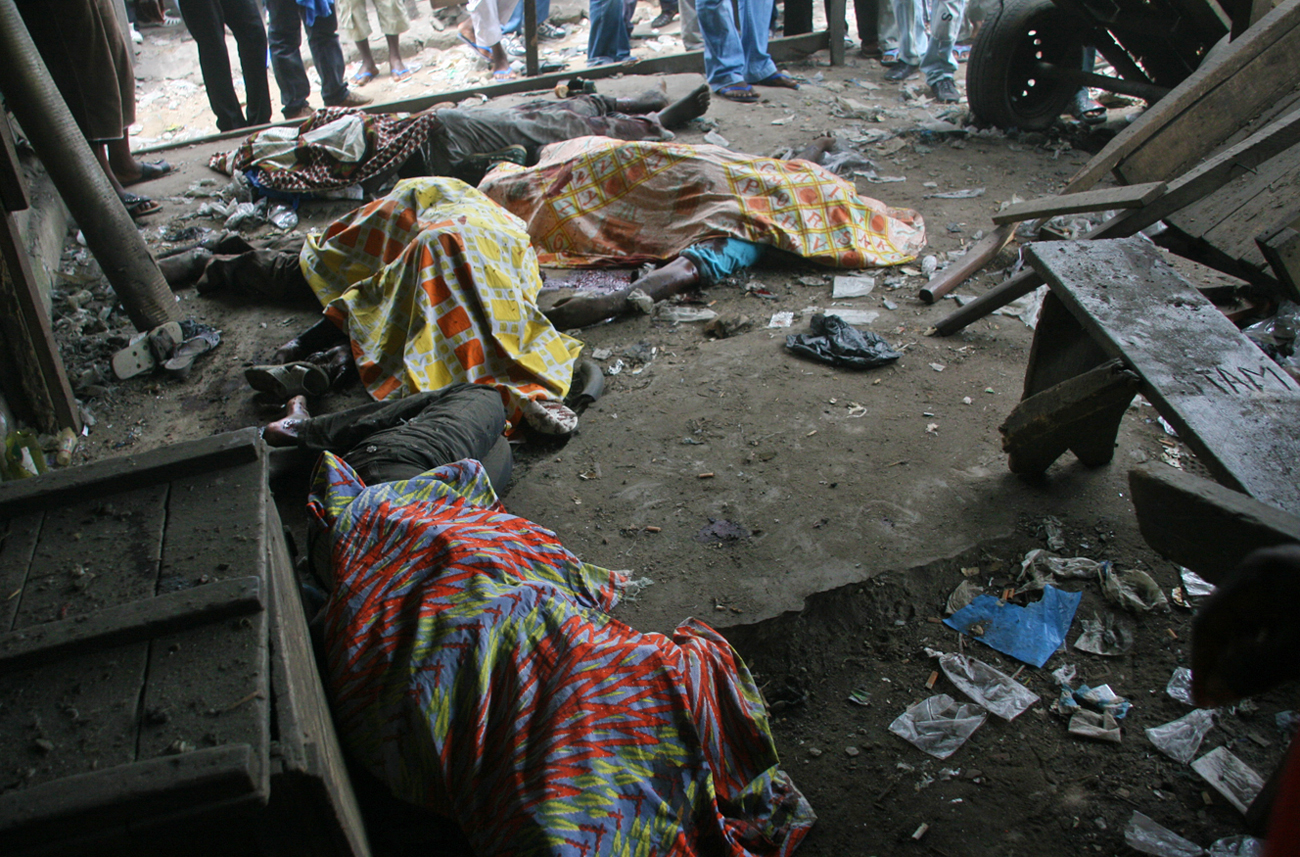 At The Daily Maverick, we are not big on sensationalism. In fact, we are downright opposed to it. But the unfolding crisis in Côte d'Ivoire is very real and affects people in the most horrific ways. The photos emerging from Abidjan tell the story a thousand times better than our words. And a terrible story it is. By SIPHO HLONGWANE. Warning: Very graphic images.

As South Africans celebrate the Human Rights Day, spare a thought for long-suffering people of Côte d’Ivoire. This is the end of the road for Laurent Gbagbo. After refusing to cede power to Alassane Ouattara, the rightful winner of the 28 November 2010 election, even after the United Nations, the Economic Community of West African States, the European Union and now the African Union ratified the election results and asked him to step down, he is still doggedly holding his ground.

But this is not just a disagreement between men. After suffering years of civil war, Côte d’Ivoire was a powder keg, waiting to ignite. By scuppering the democratic process, Gbagbo has ignited that keg. The people of Côte d’Ivoire have been on the receiving end of the resultant explosion, as Gbagbo’s military met their protests with violence.

The suburbs of Abobo and Cocody have been strongholds of pro-Ouattara groups, and have seen the worst violence. The military are now shelling the suburbs and murdering civilians in their hundreds. The recent rocket attack in Abidjan killed between 40 and 60 civilians, according to the BBC. The tally of civilian deaths, including attacks on women protesters, is more than 400.

It is very clear Gbagbo has no option but to go. How many of his own people will he have murdered by the time he decides to go?

Photo: UN convoys patrol the streets, but are helpless in the face of Gbagbo’s shelling. Photo: This shopper died instantly, falling on his own purchases. Photo: Victims of shelling lie where they fell in Abobo’s normally bustling market. Photo: Gbagbo’s shelling surprised shoppers and business owners in the middle of the trading day, scattering people and merchandise without mercy. Here we see the abandoned sandals of those who attempted to flee on foot after the first shell struck. Photo: Gbagbo targeted Abobo because of its high population of Ouattara supporters whom he cals “rebels”, but this was a carnage of ordinary civilians going about their daily lives.

Main photo: One of the shells struck this market stall, scattering carts, rubble and people in its wake.