AU panel gives report-back on Côte d'Ivoire - and then...

AU panel gives report-back on Côte d’Ivoire – and then? 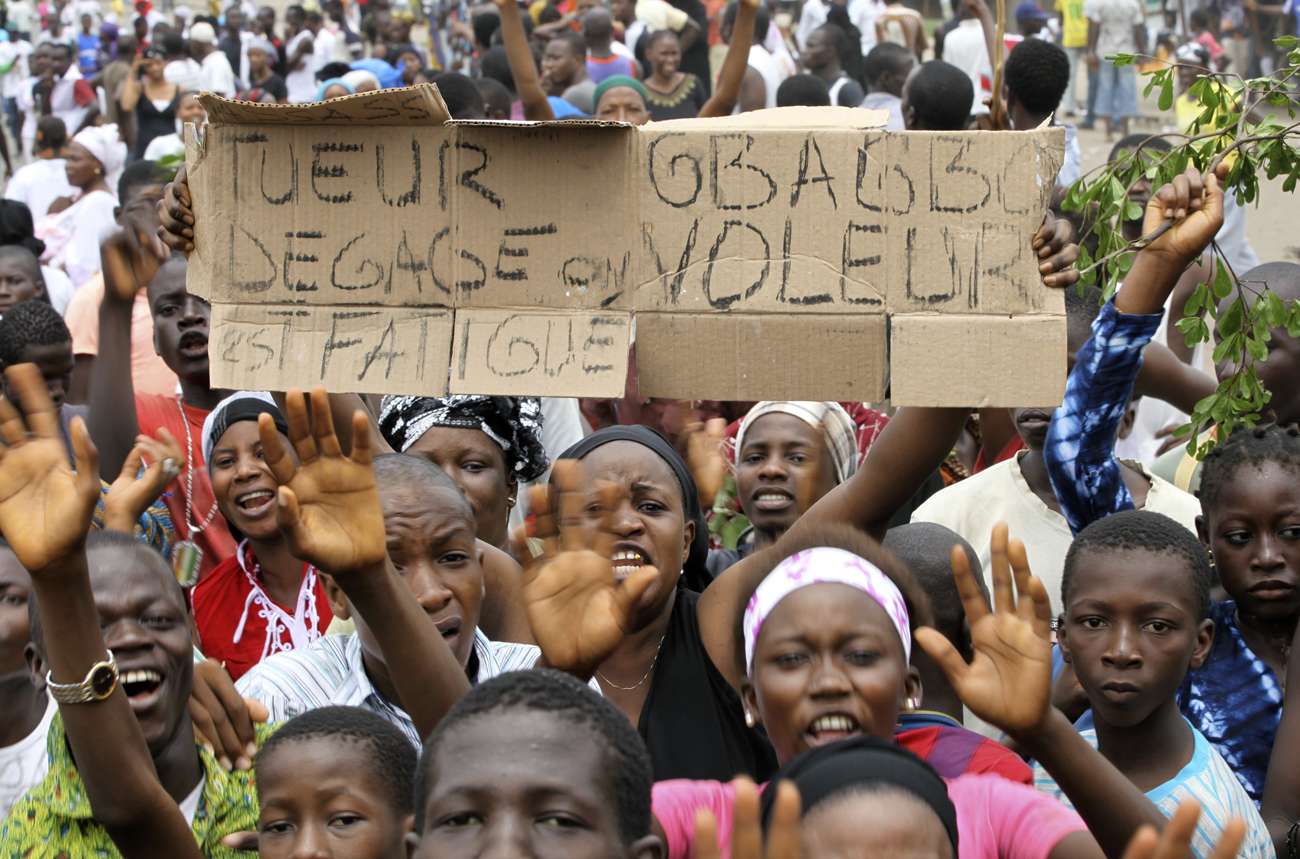 Laurent Gbagbo will know his fate as decided by the African Union in a couple of days. The AU’s mediation panel sent to Côte d'Ivoire makes its presentation to the AU Peace and Security Council on 9 and 10 March. With his rival Alassane Ouattara in Ethiopia, Gbagbo is almost certainly thinking of going alone. By SIPHO HLONGWANE.

A statement by South Africa’s government communication and information system said the panel’s report, drafted after meeting with the two rival presidents in Côte d’Ivoire will be discussed at the meeting. “The African Union high-level panel for the resolution of the crisis in Côte d’Ivoire is expected to present a report during the meeting of Peace and Security Council which will take place on Wednesday and Thursday,” the GCIS statement said.

The statement continues, “This comes after (President Jacob) Zuma last week visited Mauritania for a second time to continue with the discussions for the resolution of the situation in Côte d’Ivoire in his capacity as a member of the African Union high-level panel.”

The panel is composed of the presidents of Mauritania, Burkina Faso, Chad, South Africa and Tanzania.The complexion of the mediation effort has changed entirely after forces loyal to Gbagbo (who refuses to cede the presidency to Ouattara after losing a UN-ratified election) attacked and killed protesters on several occasions, the latest being an attack on marchers on International Women’s Day which left four women dead. Previously, nine independent or pro-Ouattara newspapers, which had shut down due to threats, have since reopened.

Earlier in the week, the US condemned an effort by Gbagbo to nationalise the country’s cocoa trade by announcing that the state would be sole buyer within the country. Côte d’Ivoire is the world’s largest cocoa exporter, and this move by Gbagbo is an effort to secure more funds after international sanctions cut him and his cronies off from their money.

Astonishingly, none of this seemed to make any difference to the AU’s mediation approach, even when it had become eminently clear that the situation in Côte d’Ivoire was no longer a mere dispute between two presidential rivals, but the beginnings of a full-blown civil war. The panel did release a communiqué calling for an end to violence and urging all parties to exercise “restraint”.

More tellingly, Ouattara is in Addis Ababa to attend the AU meeting, but Gbagbo has chosen not to go. Ever since the disputed 28 November election, Ouattara’s camp has been holed up in Abidjan’s Gulf Hotel, where they are all but besieged by forces and militias loyal to Gbagbo.

The worry now is, should the AU panel come out in support of Ouattara’s proposal – that Gbagbo step down in exchange for including some of his ministers in his government – Gbagbo will react by rejecting the AU’s mediation proposal and refusing Ouattara entry back into the country.

Inevitably, the future of  Côte d’Ivoire lies in Zuma’s hands, whose “irregularity of election results” approach has increasingly isolated him from the other members of the panel and the international community. His position, however, appears more and more difficult to defend and rumours are swirling that he may change his position in favour of a Ouattara-led government that would include a number of Gbagbo-aligned ministers.

There’s a hope now that the AU will ratify the UN’s position that Ouattara won the election fair and square. But what happens afterwards is anyone’s guess. DM

Photo: Anti-Gbagbo protesters hold a placard during a demonstration in Abobo March 8, 2011. A standoff between incumbent leader Laurent Gbagbo and rival Alassane Ouattara after a disputed presidential election has sparked gun battles and encouraged northern New Forces (FN) rebels backing Ouattara to push south in the heaviest fighting since a 2002-2003 civil war. Gbagbo’s refusal to step down despite U.N.-certified results showing him the loser has led to sanctions aimed at squeezing the cocoa trade in the world’s top grower. The placard reads, “Killer Gbagbo. Move thief. We are tired”. REUTERS/Luc Gnago.