Why freight costs and not oil are to blame for the spik...

Ever since global inflation started heading north at an alarming rate, much of the conventional wisdom surrounding the causes of this most unfortunate trend has revolved around energy prices, especially gas, oil and petroleum.

When analysing the composition of the basket of goods and services that form the basis for the calculation of the consumer price indices in South Africa and most of its key trading partners, these prices certainly stand out, as do some food prices.

However, when comparing the current upward phase of the commodity price cycle during the first six months of the year, with the previous surge in prices that was recorded between 2011 and 2013, it becomes clear that oil is not the culprit. 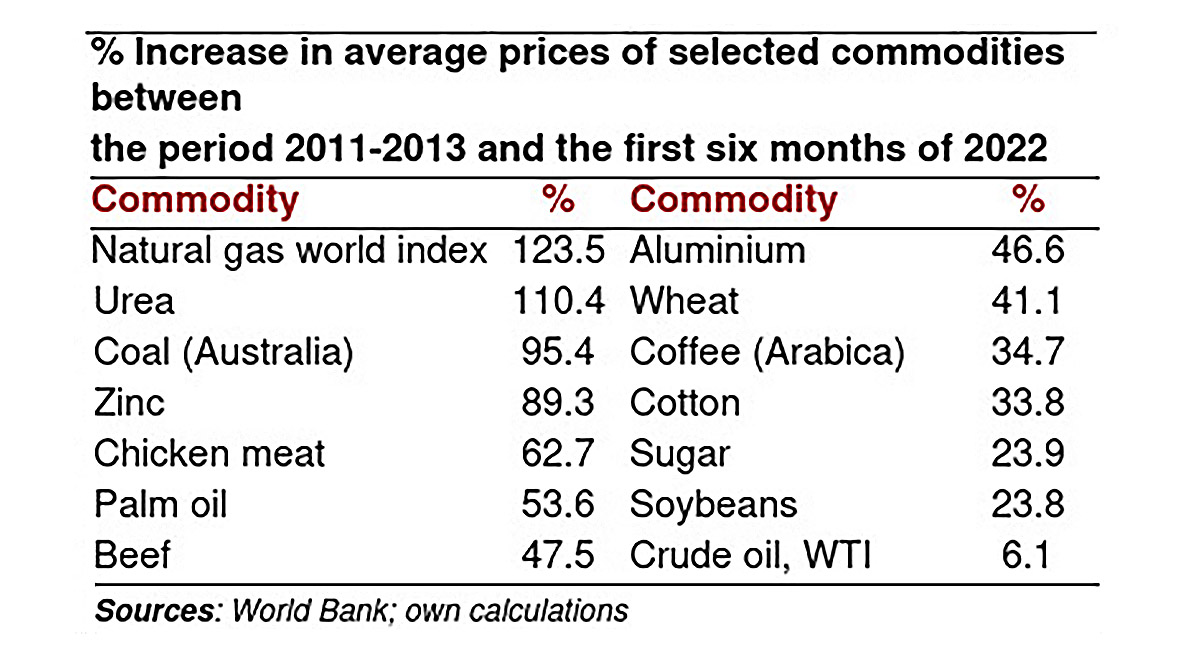 Rather, it is the cost of shipping oil, petroleum and all other traded goods from one port to another. Oil from Saudi Arabia has to travel almost 10,000km before it reaches the port of Cape Town.

Logistics data tracked by the United Nations Conference on Trade and Development estimates that the sea carries more than 80% of the world’s traded goods by volume and 70% by value, most of which sail inside 12m-long steel containers stacked by the thousands on huge vessels. There are dozens of container ships that are the length of four soccer fields and the world’s largest, the Ever Alot, is the height of a 22-storey building and can carry 240,000 tons of cargo.

The ongoing supply chain disruptions caused by the pandemic, and now exacerbated by the Russian invasion of Ukraine, have provided a stark reminder of the strategic economic importance of maritime container trade.

The lockdown restrictions induced by the pandemic not only blocked supply chains in ports around the globe, but is also did so in an errant manner. When one port reopened, some of its destination ports had been closed – this pattern kept repeating itself for the better part of two years. 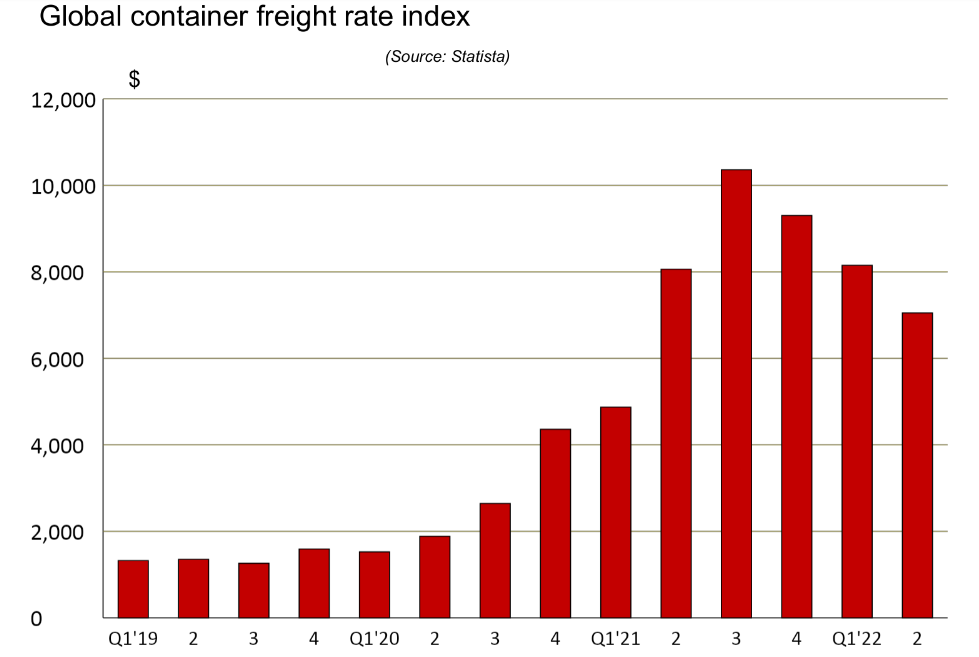 Since the gradual demise of harsh lockdowns, pent-up demand from economic stimulus programmes was simply too much to handle. The results were fairly predictable, namely long delays in getting goods to customers and an increase in the cost of getting them shipped. However, the extent of the cost increases caught the world by surprise.

The cost of shipping bulk commodities spiked even more. Research by the IMF shows that the inflationary impact of these higher shipping costs is not likely to recede before the end of the year.

A bit of good news is the fact that shipping costs have been lowered since the fourth quarter of 2021, with the SFRI standing at $7,051 at the end of June 2022.

The IMF research also confirms the trend for rising shipping costs to affect inflation in some countries more than others. In general, countries with a high import propensity and a relatively high trade deficit are bound to witness larger increases in inflation, whilst landlocked countries and low-income countries are also likely to see a higher turning point for their respective consumer price indices (CPIs).

This correlation provides a hint to South Africa’s current CPI, which is significantly lower than that of many of its key trading partners. South Africa is classified as an upper middle-income country and has experienced record trade surpluses since 2020. Despite a need for enhancing their efficiency, the country also has six major commercial ports.

An understanding of the nature and causes of both domestic and global inflation is crucial for the determination of appropriate monetary and fiscal policy responses. The US and most European Union member states have every right to consider stricter monetary policy via higher interest rates, due to the existence of low unemployment.

Taking the natural rate of unemployment into consideration (e.g. post-graduate students, people on sabbatical and parents of new-born children), the US boasts virtually full employment of its economically active population.

Unfortunately, South Africa is not in such a fortuitous position, with one of the highest unemployment rates in the world (it should be noted that labour market data in many developing countries with large-scale unemployment are not reliable).

It follows, therefore, that raising interest rates at a time when there is still slack in many economic sectors is a futile and reckless exercise. The low level of capacity utilisation in manufacturing, and the absence of real growth in private sector credit extension, represent two of a multitude of reasons why the Reserve Bank’s Monetary Policy Committee is currently committing economic sabotage and why the recent progress with new formal job creation may now be stopped in its tracks. BM/DM