Stronger together: Opposition coalitions to unseat the...

Stronger together: Opposition coalitions to unseat the ANC may mix surprising flavours 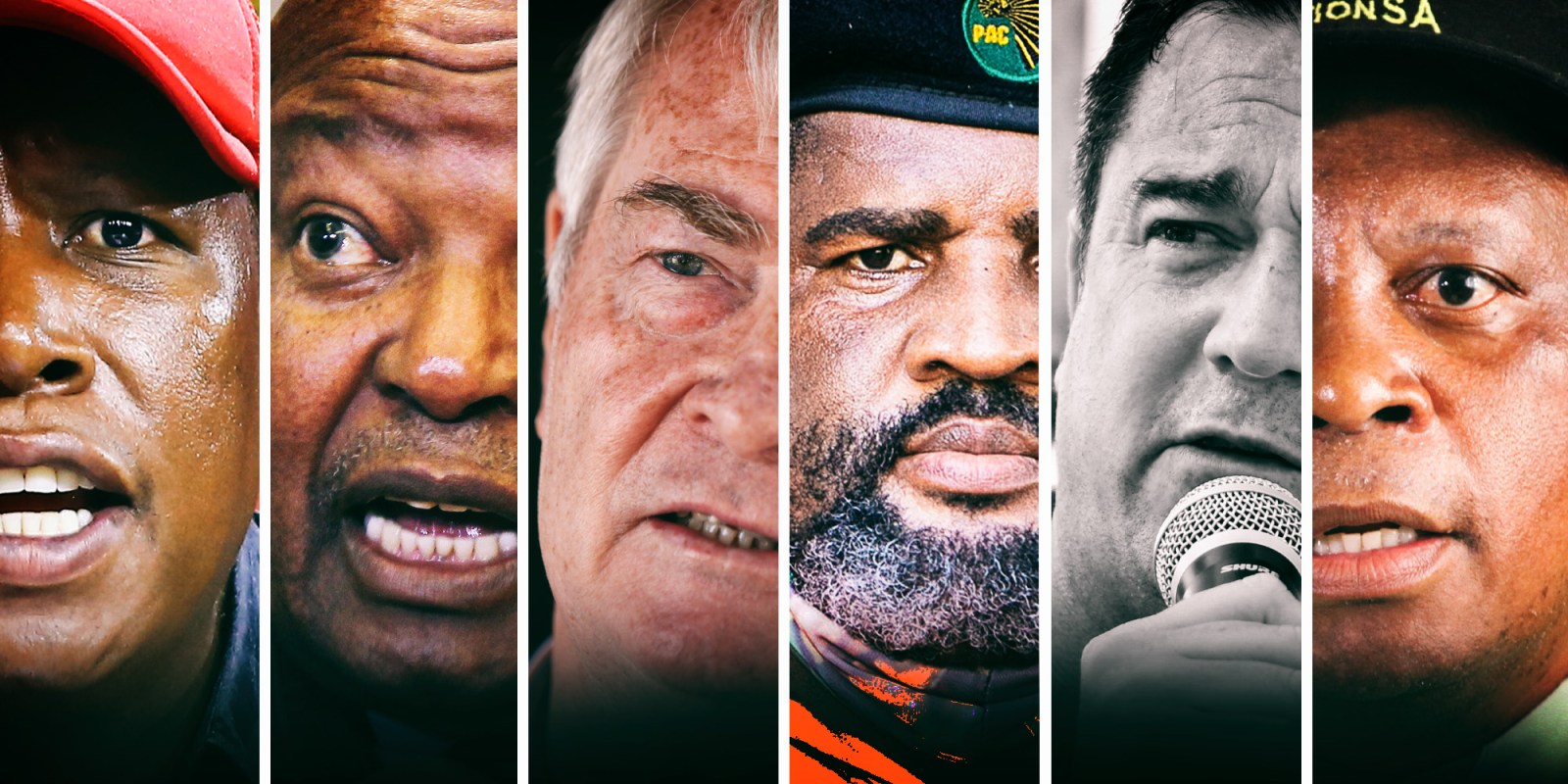 As the dust settles after the ANC’s National Policy Conference, a series of developments away from the ruling party may be setting rules for what could become the leading coalitions of future South Africa. While nothing is yet certain, there are signs of effort by some opposition parties to work out who they will do business with and how these alignments will work out in the real world.

The future alignments may bring parties with radically different agendas to attempt to work together. One of the key questions will be whether the partners’ diametrically opposed agendas could lose them support from their core constituencies.

On Saturday, while ANC delegates discussed the economy and the “step-aside” resolution, Julius Malema was leading the EFF’s ninth birthday celebrations. In attendance was the leader of the UDM, General Bantu Holomisa, and a delegation from the African Transformation Movement (aptly called ATM).

While it is normally uncommon to see political parties attending each other’s events, this is not necessarily the first time this has happened in our country. That said, it is still significant and suggests that there is a degree of cooperation, or at least an understanding, between these parties.

Meanwhile, in Nelson Mandela Bay (NMB), the DA has finally been able to create what it calls a “coalition” of seven parties willing to work together to unseat an ANC-led coalition there.

This grouping includes the DA, the Freedom Front Plus, the Pan Africanist Congress, the UDM, the ACDP, the AIM and the AIC.

While the similarities between the FF+ and the PAC’s agendas have remained hidden until now, the DA is confident that this large group of disparate parties will be able to work together, despite the mechanics of what is likely to be a very messy and noisy coalition. Getting seven members of any family to agree on something can be difficult enough; to do it with seven different political parties could be close to impossible.

In this case, the potential for discord is massive; it is easy to imagine the previously mentioned FF+ and the PAC having very different priorities and wanting to use council resources in very different ways.

Meanwhile, there is the EFF. It has several seats in NMB and could well end up controlling the balance of power in this council.

The mayoral candidate being put forward by this opposition grouping in the council is Retief Odendaal. He told SAfm on Monday morning: “We’ve made it very clear that we need to work with all opposition parties”, simply because they want the ANC to go. When pressed on whether he would include the EFF in a coalition council and give them a position on the Mayoral Committee, Odendaal demurred, saying that it was a decision “above my pay grade”.

Heart of the problem

In a sense, this is the heart of the problem: how does a party chasing the votes of a core constituency do so while also not ruling out working with the representatives of another constituency?

Up until now, several parties have clearly feared doing this, expecting that there would be an electoral cost.

In the last election, the DA refused to work with the EFF, as did the FF+. It may also be important to mention here that ActionSA has consistently refused to work with the ANC, to the point where it is a major feature of their public platform. ActionSA leader Herman Mashaba has even said that party members are not allowed to refer to each other as “comrade”, perhaps the first example in our political history of a party leader banning members from using a simple phrase.

In many cases, opposition parties have hurled insults at each other in a bid to identify themselves in a particular way. As our identity politics intensifies, it is likely that this insult fest will continue and develop further.

However, if this coalition is somehow able to take power in NMB and is then able to govern, opposition leaders may hope this provides a blueprint for what could happen in some provinces or even in the national government in 2024. They would hope this provides people with a way to combine parties with very different ideologies from the extremes of the political spectrum, to remove a political party which is in the middle of that spectrum and resented by everyone.

Once again, the EFF may be central to all of this.

One of the parties involved in the opposition grouping in NMB is the UDM. It was also one of the parties represented at the EFF event at the weekend. This suggests that it could be in the middle of any negotiations.

But the real issue with the EFF may be the issue of trust. It is hard to imagine the EFF and the DA (for example) trusting each other. And without trust, there can be no real workable coalition.

One can imagine the disputes within the DA about this. Some members would argue they cannot trust Malema and believe he would simply try to weaken them in government or would make it impossible to fight corruption. They would also argue that there would be a high risk the EFF would betray them at any moment, simply because the temptation to join the ANC would be too strong — it is likely that the ANC, in a bid to sabotage any possible coalition, would negotiate with all the players individually as well, making serious promises just to keep everyone off balance.

And yet, on current trends, it is still likely that the biggest opposition parties after the 2024 polls will be the DA and the EFF, meaning the tension of this dynamic is unlikely to change.

That said, the attitude of individual party leaders may provide clues to their analysis of the situation.

Some leaders have consistently pushed for a coalition of forces.

Cope leader Mosiuoa Lekota has always said there should be a coalition. This may also have been about his own interests as he was worried that his party was not gaining support, and thus the way to change the game (and secure his own future) was to form a coalition.

A brief look at the UDM’s voting figures in the recent past may suggest Holomisa has the same problem — his party is not gaining support, and more personal political power is only obtainable through a coalition.

It may even be that Malema is in a similar position. While his party is certainly stronger than the UDM or Cope, there is some evidence that the EFF is losing momentum, and it was not able to increase its share of the vote in last year’s local elections. This means that he too may now have an incentive to pursue some kind of broad-based coalition in the near future.

It is not yet clear what will happen in NMB, and whether this group of parties will be able to work together. Malema himself has to make difficult decisions: does he continue to support the DA de facto if not de jure in council by voting against the ANC? Or does he continue to wait to keep his options open? And how does the DA respond if he does support them?

The answers to these questions may provide some clues to what could happen nationally in two years’ time. DM