Good news for seabirds – the days of the Marion Islan... 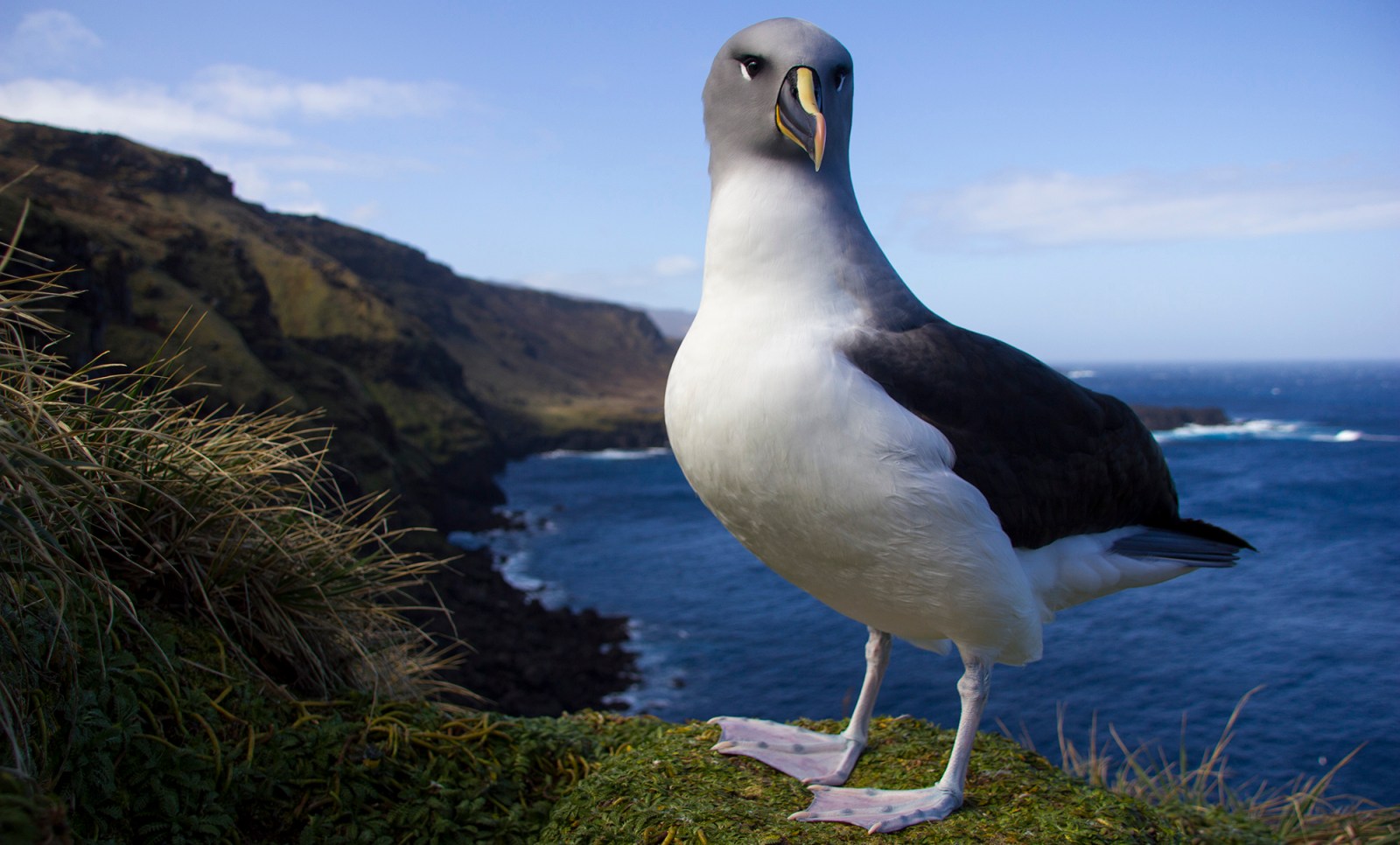 Marion Island is a part of South Africa where few of us have ventured. Lying in the sub-Antarctic Indian Ocean, 2,300km southeast of Cape Town, this uninhabited island is a paradise for seabirds. That is, it was until humans arrived and inadvertently introduced a voracious predator – mice. Now there is an ambitious project to eradicate these rodents from the island to save the birds and other creatures.

‘Where species are given the opportunity to recover from threats that they face, they are often resilient enough to be able to do so.”

These were the words of Dr Anton Wolfaardt while presenting the Mouse-Free Marion Project at the Plett Marine Science Symposium in July 2022.

Wolfaardt is the manager of this conservation project – one that he describes as the most important of his career. The project aims to remove alien mice from Marion Island to prevent the deaths of globally important populations of seabirds and preserve the ecological integrity of the sub-Antarctic island.

Marion Island is the southernmost territory of South Africa, located about 2,300km southeast of Cape Town in the southern Indian Ocean, and is a haven for seabirds and other sub-Antarctic life – or it was until humans got involved.

Wolfaardt, who has more than 25 years in the field of seabird and marine conservation, said that in conservation, often the most challenging issues are translating the outputs of science into action on the ground.

“For many conservation issues, we know what the solutions are. We just need the societal and political will to implement them.”

And that’s what this project, in partnership with the Department of Forestry, Fisheries and the Environment and BirdLife South Africa, is about.

Introduction of a devastating threat

Marion Island is one of the two Prince Edward Islands and is a globally important breeding site for seabirds and other wildlife, including almost half the world’s Wandering Albatrosses.

People began arriving on the island in the 1700s, exploiting the large population of seals to feed a massive demand for pelts and high quality oil rendered from the blubber of elephant seals.

Wolfaardt explained that this exploitative industry didn’t last long due to its impact on seal populations, and once the exploitation stopped, the species made a remarkable recovery, reflecting how, when given the chance, species have an incredible ability to recover.

“Unfortunately, the direct impact that the sealers had on the seal populations of Marion Island was not the only impact they had – they had much longer lasting impacts,” said Wolfaardt.

Stowaways – mice – were inadvertently introduced to the island sometime before 1818, and soon presented a devastating threat to the seabird population.

Wolfaardt describes house mice as “highly adaptable omnivores that can eat almost anything in such large quantities that they can completely transform ecosystems”.

Research by Peter Ryan and other scientists found that 18 of the 28 bird species that breed on Marion Island face the real risk of local extinction in the next 30 to 100 years if the mice remain on the island.

These mice swarm the seabirds, “scalping” them, eating them alive or leaving them with wounds that almost certainly result in their death.

“You can imagine, it would be incredibly distressing for a bird,” said Wolfaardt. “They are irritated by it, but there’s nothing they can do… they can’t get off the nest, they can’t defend themselves.

“Eventually these birds would just die of fatigue… after night after night of being attacked by hordes of mice.”

Climate change has accelerated the threat

The mice breed in the summer, and with shorter winters they have been able to breed for longer, thereby increasing their population.

Additionally, Wolfaardt said studies on the island over the last couple of decades show that the mice have had a devastating impact on terrestrial invertebrates – they are not only driving the decline of important seabirds, but also species like the flightless moth, which are vital for the ecosystems of the island.

Read more in Daily Maverick: “Massive Antarctica glaciers have melted the most in at least 5,500 years”

The endemic flightless moth is now considered to be at 10% of its pre-impacted level, due entirely to the mice. Wolfaardt says this is bad because this keystone species plays an important role in cycling nutrients on the island. So, undermining the ecological process has many knock-on effects.

There is really only one solution – a method proven successful in New Zealand, where conservationists achieved the mammoth task of eradicating mice and rats from large sub-Antarctic islands.

Wolfaardt describes the method as “using a fleet of helicopters to sow specially formulated rodenticide bait across the entire island, such that every single mouse has access to enough bait for it to get a lethal dose”.

Most of the birds on the island are seabirds who forage at sea, so they won’t be interested in the bait they drop. While there will be some species that will consume dead mice – which have the toxins in them – Wolfaardt said the benefits outweigh the risks

Technology has allowed previous operations to be successful, with GPS and GIS systems to set flight lines to make sure coverage of the doses is as accurate as possible.

Wolfaardt explained to the audience at the symposium that while the mission sounds simple in theory, it is logistically and ecologically complicated, and this is why fundraising and planning takes up so much time.

For example, there are small windows of opportunity for the operation to take place as they will need to have perfect flying conditions. Much of the higher parts of the island are covered in clouds.

Successful operations include the eradication of Norway rats on Campbell Island in 2011, rats, mice and rabbits on Macquarie Island in 2011 and Norway rats in South Georgia in 2011-15. However, the Marion Island project is huge, as it will be the largest island (300 square kilometres) cleared of mice in a single operation.

Our Burning Planet previously reported on the mission to stop mice from eating Gough Island’s seabirds.

While the mission at Gough Island was unsuccessful, Wolfaardt told OBP that “work is underway to investigate the possible factors that contributed to this outcome.

“However, even considering the Gough outcome, it is evident that the majority of operations that have attempted to eradicate mice and rats from oceanic islands, using best practice approaches, have succeeded.”

In closing his presentation, Wolfaardt said that “in many cases, we know what the threats are. And we know what the solutions are, and here are examples at a local level where conservation interventions are making a massive difference to populations. We just need the societal and political will”.

“A project like this gives us the opportunity in South Africa to show what’s possible with a public-private partnership working with government, NGOs, civil society… to come together to save a precious part of our planet. And I think that generates a lot of hope and shows that it is possible to make a difference.” DM/OBP