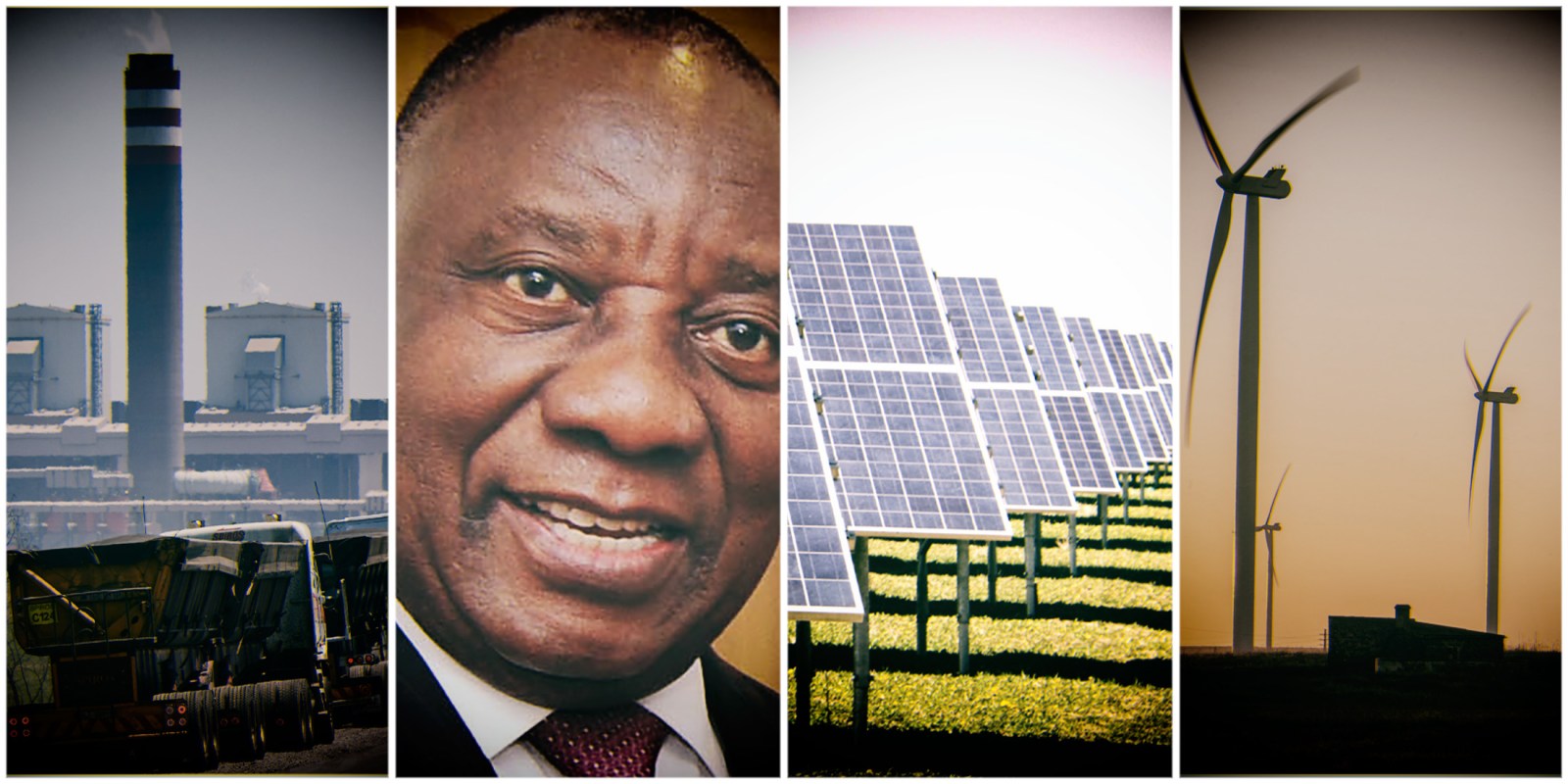 The energy plan is thin on detail about key deadlines for allowing renewable energy players in the private sector to start feeding power into the national grid. Regardless of how progressive the plan may be, rolling blackouts are here to stay for at least another 12 months.

Will President Cyril Ramaphosa’s energy plan be a game-changer and go far enough in yanking South Africa out of its 14-year-old misery of perennial blackouts?

Ramaphosa’s turn to the private sector for help to boost the country’s energy supplies, through the procurement of more renewable energy, has been widely praised – even though it has long been suggested to him and largely ignored by his Cabinet.

But Ramaphosa’s energy plan won’t immediately put an end to power cuts that harm the economy and stunt the level of investment in the country. Rolling blackouts are here to stay for at least another 12 months, even if the government presses ahead with Ramaphosa’s recently announced energy plan. There are several reasons for this.

To implement Ramaphosa’s plan, it is crucial for South Africa’s energy regulator, the National Energy Regulator of South Africa (Nersa), to move with speed to register and approve new renewable energy projects that can feed electricity into the national electricity grid. On average it has taken four months for a renewable energy project to go from registration to approval by Nersa.

The regulator’s slow processes aside, Ramaphosa’s energy plan is thin on detail. There is no clarity on key deadlines for allowing private-sector renewable energy players to start feeding power into the national grid, or on who will be responsible for implementing the proposal. Another crucial missing ingredient is how much renewable energy projects will be paid for feeding the national grid with the excess electricity they generate.

But what is clear is that Ramaphosa wants to deregulate the energy sector and reduce the country’s reliance on Eskom’s creaking power stations.

The biggest intervention to be made under Ramaphosa’s energy plan is the removal of the 100MW cap on the generation of electricity by private sector players for their own use. For context, 100MW of electricity can supply power for about 100,000 homes.

There will soon be no cap on private sector energy generation, so an unlimited number of homes, businesses and industries can be powered by renewable energy. But this is yet to be gazetted into law and built into Nersa regulations.

The mining sector has taken advantage of the previous dispensation in which self-generation was capped at 100MW. The Minerals Council South Africa’s CEO, Roger Baxter, says the mining industry has a pipeline of 73 projects from 24 mining companies that would cumulatively generate investments worth R65-billion and bring 5,100MW on to the grid.

But because of regulatory bureaucracy – mainly Nersa requirements – the industry has registered just 295MW of renewable energy projects. Mining is an energy guzzler and the industry has much to gain from not relying solely on Eskom.

Nersa previously demanded that renewable energy projects comply with localisation requirements such as procuring raw materials from local communities to protect jobs or create new ones.

Renewable energy players often found this to be cumbersome because engaging with local communities and even getting the right skills in communities took a long time, adding to delays. This happened when the country was facing an energy crisis.

But Ramaphosa has stepped in and temporarily relaxed requirements for local sourcing and red tape on licensing. This is particularly relevant for the current round of procurement of renewable energy – known as bid window five, which envisages 2.6 gigawatts – 2,600MW – to be supplied to the country. This round is scheduled to be rolled out between now and September and renewable energy might be ready for dispatch on the grid next year.

The investment case for renewable energy is clear as the price of energy from such sources continues to drop. In round one of the bidding process in 2011, the prices of solar photovoltaic and wind power were R4.02/KWh and R1.67/KWh, respectively. By round four in 2016, prices had fallen to 96c/KWh for solar and 76c/KWh for wind. In bid window five, the lowest price for solar is set at 37.5c/KWh and 34.4c/KWh for wind.

Ramaphosa’s energy plan is aimed at doubling the amount of energy procured in bid window six to 5.2GW, scheduled to be rolled out in April 2023.

Jeffrey Schultz, a senior economist at BNP Paribas South Africa, sees Ramaphosa’s energy plan as positive, saying it might be beneficial for medium-term growth and investment.

Organised business has welcomed Ramaphosa’s energy plan but has raised concerns about implementation. Bonang Mohale, the president of Business Unity South Africa, says that if Ramaphosa’s administration had embraced energy generation by the private sector four years ago, rolling blackouts would be less severe today.

“It just shows that the ANC-led government has been incapable and didn’t have the right leadership to get us out of the 14-year-old mess of load shedding,” says Mohale.

For Ramaphosa’s energy plan to be implemented, it needs concurrence from Gwede Mantashe, the Minister of Mineral Resources and Energy, who oversees South Africa’s policy on energy. Mantashe, who is pro-coal, has made his deep suspicion of the private sector and the renewable energy industry publicly known. The buck stops with him when it comes to improving the country’s energy security.

Mantashe signed a performance plan with Ramaphosa that runs until April 2024 and puts the responsibility on him to improve Eskom’s energy availability factor (EAF) – the percentage of the utility’s power capacity available for delivery – to above 80% by 2024. The EAF is 59% so far this year. Mantashe’s office did not respond to DM168’s request for an interview.

Growthpoint Properties, which owns a portfolio of office, retail and warehouse properties worth more than R10-billion in South Africa, has been investing in solar energy since 2011. The company has been installing solar photo­voltaic panels on the roofs of its properties and plans to install more to generate 32MW of energy by next year.

Estienne de Klerk, the South Africa CEO of Growthpoint Properties, welcomes Ramaphosa’s energy plan but says clarity is needed on tariffs that renewable energy players can charge Eskom to feed it with excess power they generate. This power will still be distributed through Eskom’s transmission and distribution infrastructure.

De Klerk tells DM168 that Growthpoint and other real estate companies  cannot begin supplying Eskom with renewable energy without a framework that clearly outlines the tariffs that the private sector can charge the power utility. DM168