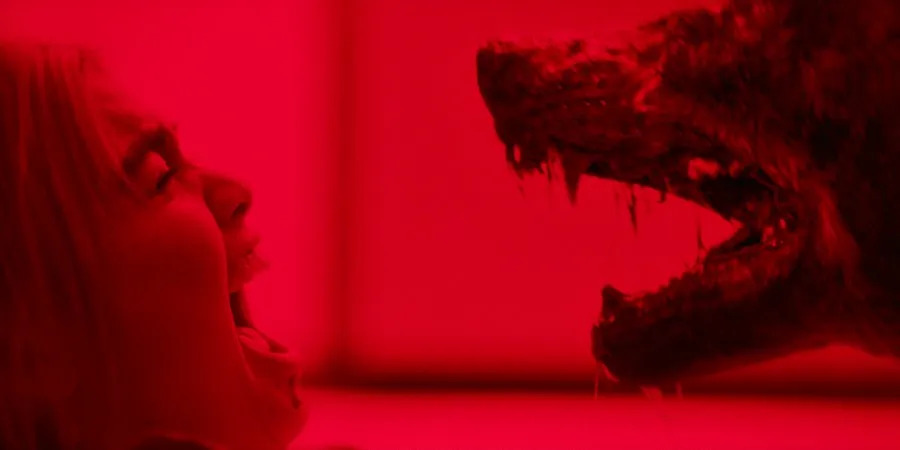 Netflix’s live-action Resident Evil series was praised by critics pre-release as a strong video game adaptation, but quickly became one of the worst user-rated shows in the streamer’s history. Who is right about this survival horror series, shot and partially set in South Africa?

South Africa has a surprising connection to the Resident Evil franchise, a least in terms of on-screen adaptations of the iconic video game series. Resident Evil: The Final Chapter, the last of the Milla Jovovich-fronted movies, was filmed locally, and included a zombie outbreak scene inside the Table Mountain cable car. Now there’s Netflix’s Resident Evil series, and that too is both shot, and partially set, in the Western Cape.

Even if you’re not a Resident Evil fan, locals may be curious about the high-profile show, which is peppered with recognisable locations, South African (or barely veiled South African) accents, and a few familiar faces in small roles — like veteran performer Adrienne Pearce (from the Bone Snatcher or Glasshouse).

Adding to the possible viewer interest is Resident Evil’s strange swing in fortune. When the review embargo broke a few days before release, critics labelled the series a strong game adaptation and gave it high scores. That was all good until the eight-episode first season hit Netflix on 14 July, and Resident Evil swiftly became one of the worst user-rated shows in the streamer’s history.

Both praised and panned, Resident Evil has got people talking. The question, though, is whether it’s worth your time? In summary, Netflix’s Resident Evil is not as bad as some have said, but it’s certainly not good.

Resident Evil’s primary problem is its format, which simultaneously follows two different timelines 14 years apart. One is a dystopian survival horror tale set in 2036, where civilisation has mostly collapsed as a result of a zombie apocalypse. The other is an angsty teen mystery set in our present day. Both of these concepts work individually, but not mashed together, and the latter definitely isn’t expected of the Resident Evil franchise in any form.

For the record, this Resident Evil centres on twins Jade and Billie Wesker, and actually manages to wriggle itself into series canon. In 2022, as 14-year-olds, the pair (played by Tamara Smart and Siena Agudong) move with their acclaimed scientist father Albert Wesker (Lance Reddick) to New Raccoon City, a Big Pharma enclave about an hour from Cape Town. Billie’s attempts to expose animal experimentation at her father’s employer, Umbrella Corporation, instead bring disturbing secrets about Umbrella, and the Wesker family, to the fore.

This mystery is interesting, but far too drawn out, muddled in focus and sometimes just plain dumb, causing viewers to frequently disengage. As a single example, in one episode the Wesker teens spend half of the 50-minute run time crawling around on their knees to avoid smart appliance cameras in their home.

While the zombie apocalypse is no longer a novel setting for audiences, thanks to everything from The Walking Dead and World War Z, to All of Us Are Dead, it should still be something that Resident Evil pulls off with aplomb. The franchise is a gold standard in the genre, delivering the anticipated thrills whether in interactive game form or as passively watched entertainment. Except here too the rewards are intermittent. When it comes to the Netflix adaptation, there simply isn’t enough visceral zombie action. This despite adult Jade (Ella Balinska) heading out to the front lines in search of something that will give humanity’s survivors an edge over the relentless undead.

Dating back to 1996, Capcom’s Resident Evil series has, over the decades, developed convoluted lore involving evil corporations, shadow organisations with various ethical codes, clones, and assorted viruses that have different effects on the infected — to ensure gamers always have a fresh plot hook and set of boss fights. It’s over-the-top, gory nonsense for the most part, and that’s a big part of the fun. So when the Resident Evil TV series leans hard into that same silliness, that’s typically when it’s most entertaining. Episode 4, The Turn, is hands down the strongest of the entire season for this exact reason, giving Jade a chainsaw and pitting her against zombies, cultists and Umbrella lackeys in an underground prison.

Other moments of absurdity are peppered throughout the series, but Resident Evil’s identity crisis means they don’t always land as intended. A tense long-awaited reunion is undermined when a character breaks into a Fortnite dance. We didn’t make that up.

Resident Evil is as erratic as it’s infected, and not in a good “keeps you on your toes” way. Often it’s frustrating as it hyper-focuses on the least interesting thing, or most annoying characters, for long stretches. The series is also kind of cheeky, clearly expecting that there will be future greenlit seasons to fill in the many blanks that exist in the 14-year gap between onscreen events. Throughout Season 1, names are dropped, and topics raised only for them to go unmentioned and unresolved from that point. It’s bad, presumptuous storytelling when the audience is rapidly losing patience with being strung along for little reward.

At least Lance Reddick, the biggest name in the cast, consistently delivers. His commanding presence energises every scene he’s in, and he effortlessly shifts between mild-mannered respectability, ominous intensity, and derangement. Resident Evil gives Reddick different things to do, and space to flex his acting muscle. On the flipside, you have Evelyn Marcus (Paola Núñez), the CEO of Umbrella, who is never allowed to be anything more than a caricature dialled up to 14.

The fact that these characters exist side by side sums up the odd dichotomy of Resident Evil, the live-action series. It seesaws between being respectably sleek and premium one moment, and coming across as cheap and trashy the next. Like a zombie hauled out of Artic waters, there’s just enough life present to keep you watching — sparks of something more in a shambling, mindless mess — but the longer it goes on, the more you wish someone would just put a bullet through what’s left of its brain.

Right now, we just wait and see if Netflix will pull the trigger on Season 2. DM/ML

Resident Evil is available in South Africa on Netflix from. This story was first published on Pfangirl.com

In case you missed it, also read ‘The Gray Man’ – a paint-by-numbers espionage action film