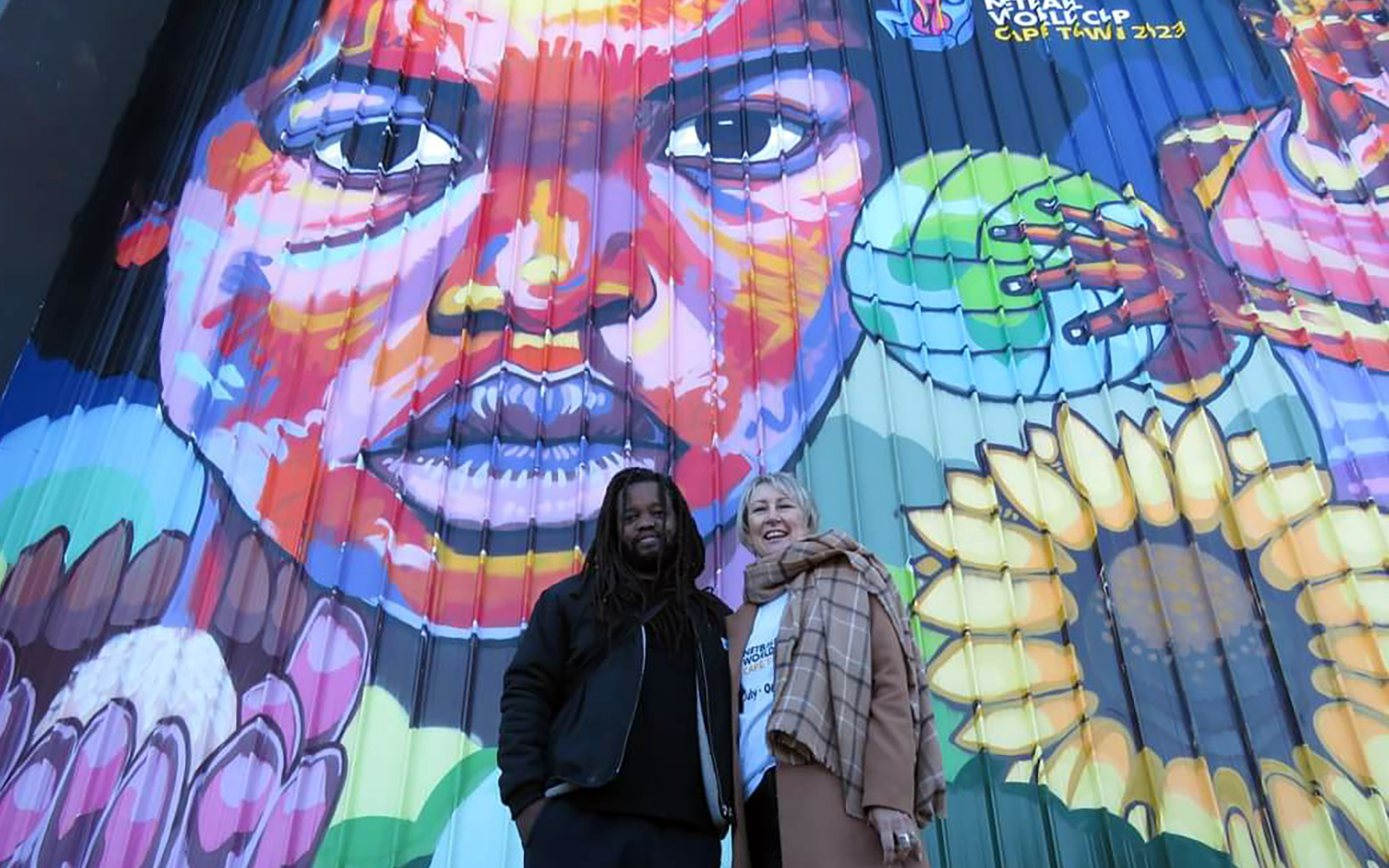 City of Cape Town officials, including mayor Geordin Hill-Lewis and ward councillors JP Smith and Angus McKenzie, along with representatives of Netball South Africa, the Western Cape government and local Langa netball representatives were at the unveiling on Wednesday.

It is the first of a series of legacy murals the City is planning to commission over the next 12 months, leading up to the World Cup.

Milnerton-based artist Sikhumbuzo Skubalisto Salman, who was commissioned to paint the 33m by 9m mural, told Daily Maverick that it “discusses the tangible concept of inspiration”.

“The fact that the Netball World Cup will be here and kids will be able to physically experience it and be part of it and be excited about it, I think will have a positive impact on netball in South Africa.

“It will inspire more kids to think that there’s viable options within [netball] as a career choice or pursuing their passion more seriously. Inspiration, that’s why there’s the young girl in the background watching professional players play.”

The Netball World Cup will be held from 28 July to 6 August 2023 at the Cape Town International Convention Centre. However, the City plans to positively impact surrounding areas of Cape Town equally.

“It doesn’t end there, it needs to leave a legacy in our communities,” Hill-Lewis said about Cape Town hosting the Netball World Cup.

Anroux Marais, the minister of cultural affairs and sport in the Western Cape, spoke to Daily Maverick about the local opportunities and benefits of hosting the Netball World Cup.

Read more in Daily Maverick: “Full steam ahead for Netball South Africa with World Cup just under a year away”

“It’s such an excitement for us, especially for the opportunities for our girls and young women and then the economic injection for our local informal settlements and all our local stores,” she said.

“It’s just so exciting for the tourism sector as well, to bring everyone from Africa and Europe to us. What’s so exciting is we’re more than ready to host the world.

“It’s so exciting to have [the mural unveiling] in Langa because Langa is very important for our province. We do have a provincial side here and next year Langa will be 100 years in existence – so for us and our girls in our communities, it will spill out to our rural areas where the most vulnerable girls are. It’s just exciting to see how they get involved to upskill themselves and safeguard themselves.”

The mural unveiling was also supported by an exhibition netball match outside the Langa Indoor Sports Centre between a mixed City of Cape Town team and a mixed Langa team. DM