MORE THAN A MATCH 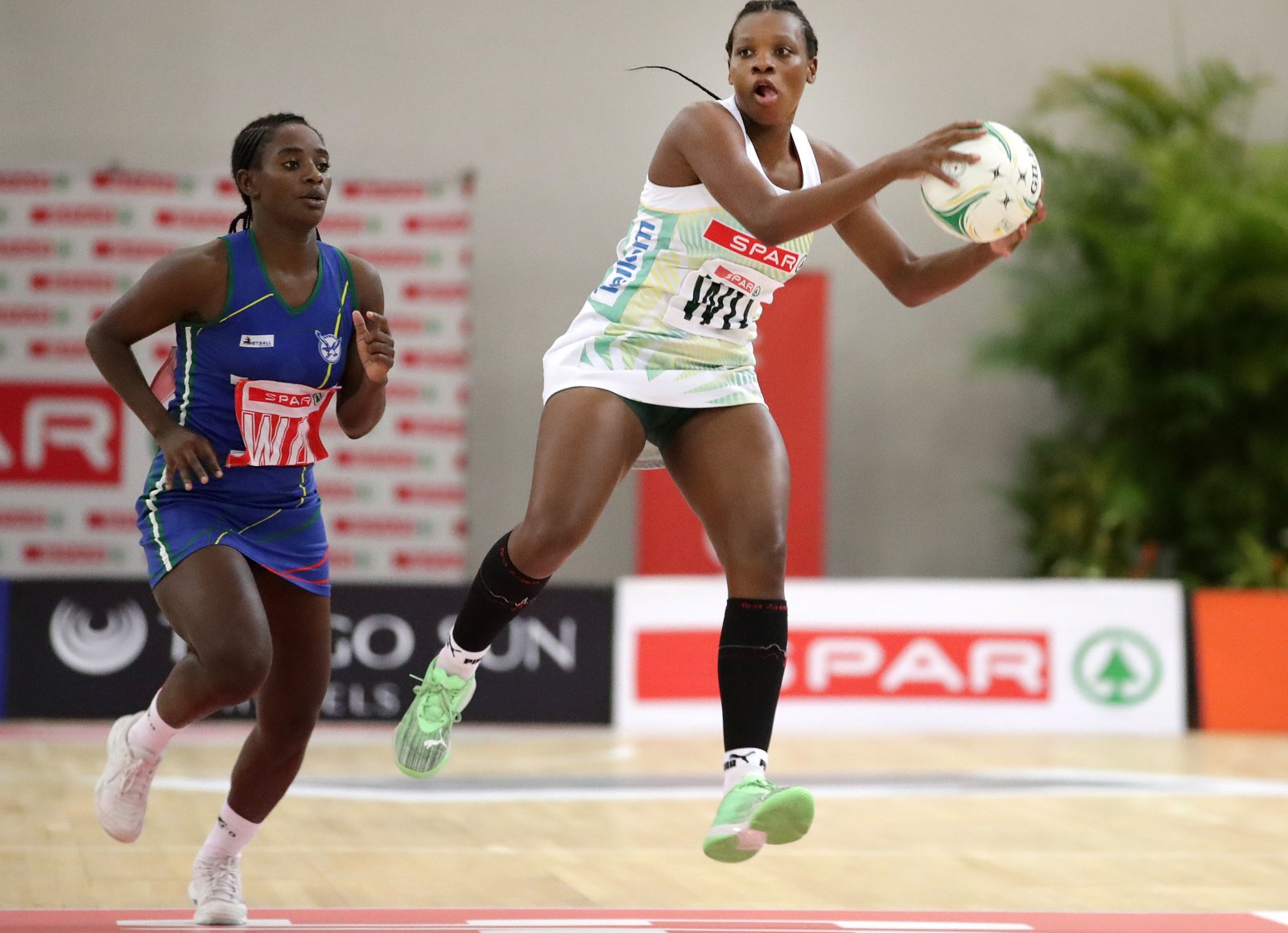 Khanyisa Chawane of the Proteas in action during the 2021 SPAR Challenge test match against Namibia at the Cape Town International Convention Centre on 25 March 2021. (Photo: Reg Caldecott / Gallo Images)

Preparations for the 2023 Netball World Cup – which will be held at the International Convention Centre in Cape Town from 28 July to 6 August – are on track.

This was the update provided to journalists by Netball South Africa president Cecilia Molokwane during a press conference in Sandton, Johannesburg where the federation and sports betting company Hollywoodbets announced a two-year partnership aimed in particular at strengthening grassroots netball.

“I can’t be happier than I am now. We had a World Netball representative come to the country two weeks ago. She was happy with what she saw,” Molokwane said. “She came in to check the venue, because that is key for them. Because for them if there is no venue, there are no games. She also checked whether the hotels are good for the players.

“So, we’re actually moving. The train is moving where it should be moving, according to World Netball rules and regulations – as well as the guidelines and timeframes. We want to be ahead of schedule. But for now, we are on schedule.”

The flamboyant Molokwane added that the federation had asked World Netball to come to the country to train those who will be offering their services to ensure the tournament runs smoothly from the sidelines.

“We don’t want to import people of technicality. We believe that South Africa has got skills and capable people. That’s why we said to them, ‘come and train our people; you’re not going to bring us people from overseas to come do things that we can do’. Those are the kinds of legacies we want to leave in the country,” she said.

South Africa outbid New Zealand for the hosting rights. Having finished fourth at the 2019 World Cup in England, the Proteas are hoping to better their best finish yet at the tournament – a silver medal in 1995.

More South Africans will get the chance to follow Dorette Badenhorst’s side in their bid to topple favourites such as Australia, New Zealand and England, after it was announced in March that, along with SuperSport, the SABC will also broadcast matches during the three-week tournament.

“A lot of work has been done behind the scenes and we have been toiling very hard. I am delighted that finally the board and Netball South Africa have been able to put this matter to rest,” said Patience Shikwambana, chairperson of the 2023 local organising committee.

“More people will have access to watch the World Cup here in South Africa, across the continent and the globe. The SABC has the numbers we need in South Africa as they are a free-to-air broadcaster. SuperSport will help us penetrate the Africa market and overseas as well.” DM