Milking the cannabis boom in Thailand

Milking the cannabis boom in Thailand 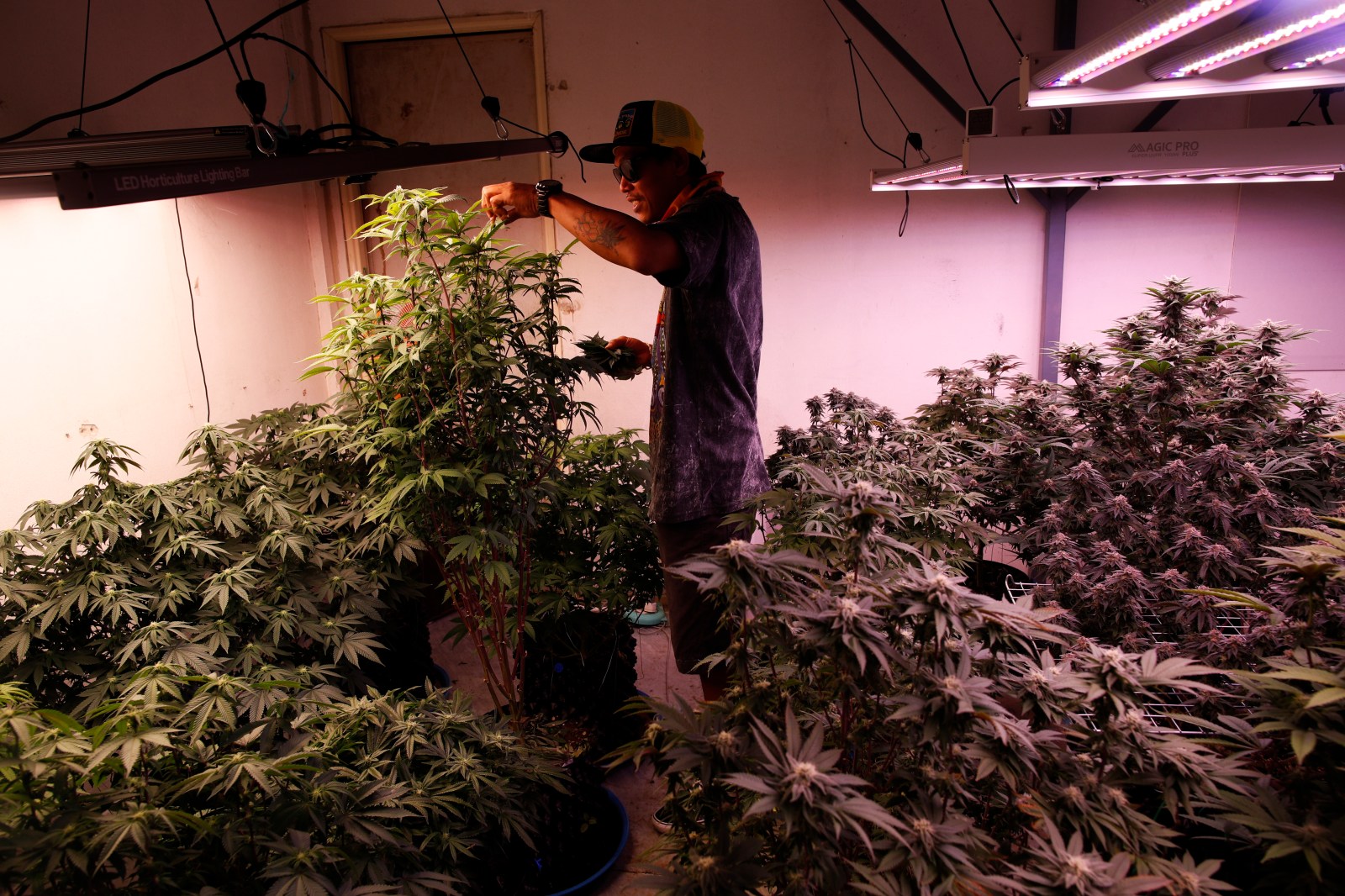 Thai marijuana enthusiast Soponpisut Nakkasem harvests marijuana leaves from cannabis plants he grows for self consumption and private business at a home in Nakhon Nayok province, Thailand 9 June 2022. Thailand formally legalised the production, distribution, consumption, and possession of cannabis as well as decriminalised and removed marijuana and hemp from the country's narcotics list on 09 June 2022, a historic move that ended decades of prohibition, allowing people to grow the plant for personal consumption that has been used in traditional medicine, cuisine and police will not arrest those who smoke marijuana at home. (Photo: EPA-EFE/RUNGROJ YONGRIT)

Thai businesses are cashing in with cannabis-infused products like toothpaste, tea, soaps and snacks after the government legalised the plant and its extract this year, generating a wave of interest in the drug.

“It gives me a deep and comfortable sleep,” said Pakpoom Charoenbunna, 32, who buys a cannabis-infused drink from his regular milk-tea vendor.

Thailand became the first Southeast Asian country to legalise marijuana in 2018 for medical use and research.

Last month, Thailand decriminalised the entire plant. Dropping cannabis from its narcotics list has led to an explosion of recreational use. Read full story

Officially, commercial products approved by the food and drug regulator can contain cannabidiol (CBD), a chemical in cannabis that does not make users high.

But the regulator limits the content of tetrahydrocannabinol (THC) – the active ingredient that gets users high – in any cannabis product to just 0.2%.

Thailand has a long history of using cannabis in traditional medicine to relieve aches and pains. Innovators are now coming up with new ideas.

“One of its ingredients is cannabis sativa seed oil, which contains CBD,” he said.

Surawat said the toothpaste helped with gum care and one satisfied customer said it worked for him.

“I have receding gums and sometimes they get infected,” said Nikom Rianthong who has been using the toothpaste for two months

“It solved my problems,” he said, adding he won’t be going back to other brands.

The owner of the Kanomsiam dessert shop, Kreephet Hanpongpipat, has long sold pandan-leaf flavoured dishes but a year ago incorporated cannabis leaf to draw in new customers.

Kreephet said his customers say the cannabis-infused desserts help them get a good sleep.

Health minister Anutin Charnvirakul, the main driver behind the legalisation of cannabis for medical purposes, estimates the industry could be worth more than $3 billion within five years.

“I want to see people getting rich out of doing these products in a positive way,” he told Reuters.

“My policy on cannabis is only focusing on medical purposes and health care. That’s all. We can’t encourage the use of cannabis in other ways.”

Producers of THC-rich marijuana have taken advantage of the push to promote medical marijuana and stalls selling pot have sprung up around the country.

Anutin said that there were public health laws that can prevent recreational use while a cannabis bill is being deliberated in parliament. Read full story

Kreephet said there needed to be more public education on the benefits and dangers of cannabis so it can be used safely. BM