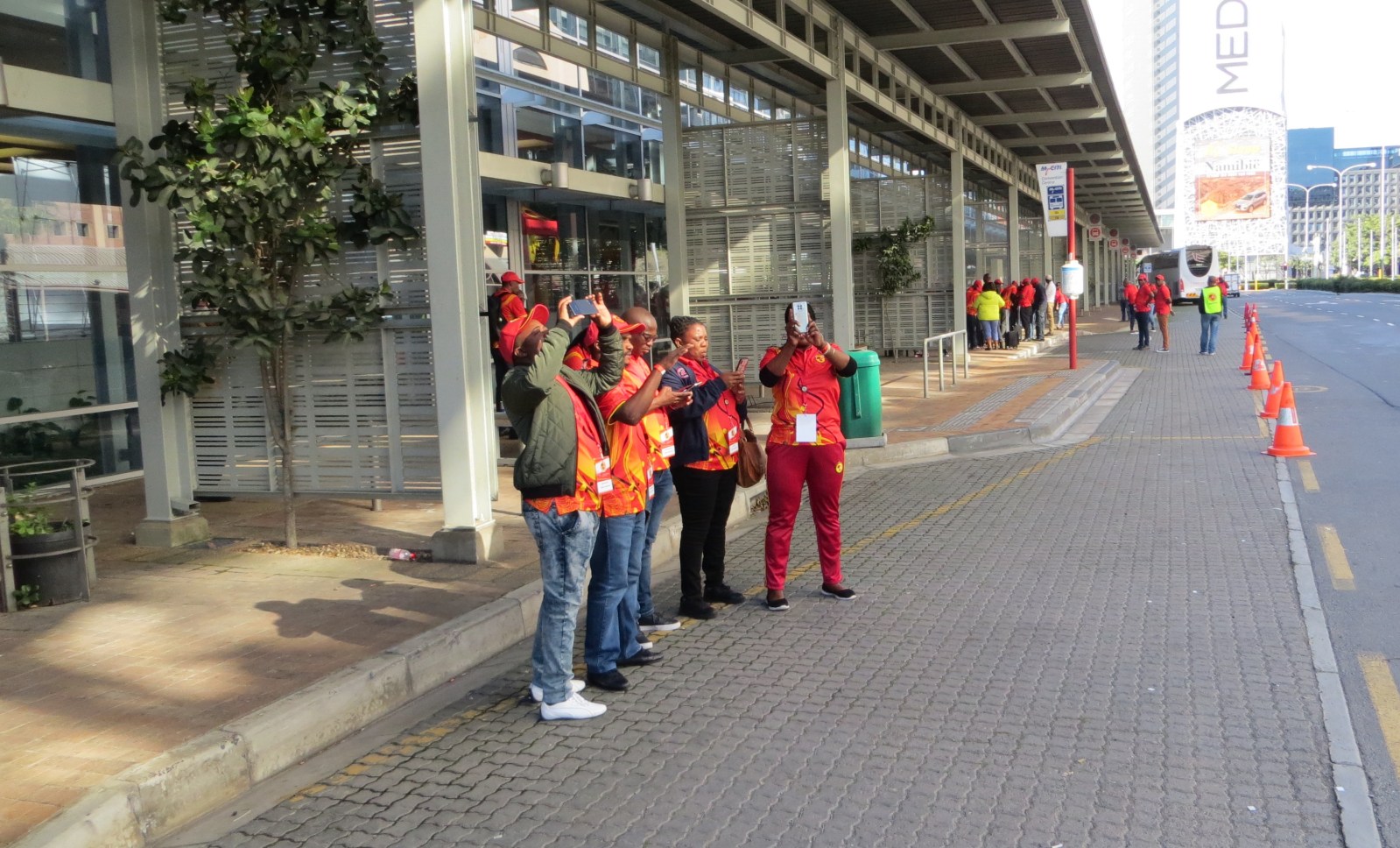 Numsa’s second deputy president, Ruth Ntlokotse, issued a warning via her legal representatives to Numsa’s leadership that she would seek a contempt order if the congress went ahead unconstitutionally.

On Tuesday evening, Eyewitness News reported that the National Union of Metalworkers of South Africa (Numsa) would be proceeding with its elective congress. But many union members have complained that Numsa has not met the conditions of the Labour Court interdict which demanded that it comply with its constitution before going ahead with its elections.

Meanwhile, journalists were expelled from the Cape Town International Convention Centre (CTICC) by the union.

The confusion that marked the first day of Numsa’s national congress was compounded on Tuesday, as the union’s central committee met for most of the day, trying to find a way to proceed after Judge Graham Moshoana’s interdict. The union has also submitted an application for leave to appeal against the ruling that favoured Ruth Ntlokotse, Numsa’s suspended second deputy president.

A meeting of Numsa’s central committee began early on Tuesday morning. Saturday’s Labour Court ruling barred the congress from proceeding until constitutional deficits were resolved — these included the lifting of suspensions, reversing the decision to place the Mpumalanga region under “administration”, and convening a credentials committee to verify delegates.

GroundUp was told that the meeting began without some of the formerly suspended members, many of whom arrived later in the day.

On Tuesday morning, Fin24 journalists Terry Bell and Khulekani Magubane were kicked out of the CTICC. Private security approached the journalists and demanded that they leave the conference centre. Bell told GroundUp that Numsa spokesperson Phakamile Hlubi-Majola was present when security guards demanded that they leave, acting on instruction “from Numsa”. Bell said that the ruling at all doors was that all media are banned from the convention centre.

GroundUp asked Hlubi-Majola about Bell and Magubane’s removal, to which she messaged the reply: “Why are u asking me? Do I own the convention center? Why don’t u ask them”.

GroundUp spoke to a former union leader who described the expulsion of the journalists as “Stalinism”.

On Monday, Ntlokotse, one of the union leaders suspended after raising concerns about Numsa-owned 3Sixty Life’s management, issued a warning via her legal representatives to Numsa’s leadership that she would seek a contempt order if the congress went ahead unconstitutionally.

A lawyer’s letter sent by Numsa’s leadership yesterday in response to Ntlokotse said that the national congress would “only go ahead once the union fully complies with its constitution,” but goes on to say that Numsa “anticipates” that it will be “in full compliance with its constitution” after the central committee meeting scheduled for Tuesday morning. Following this meeting, the letter asserted that “the order will no longer prevent the union from proceeding with the congress later in the day”.

A majority of regions in the central committee resolved to adopt the credentials of delegates and push ahead with the national congress, but this was not a unanimous decision.

Judge Moshoana’s court order interdicted the elective congress until the union complied with its constitution. Judge Moshoana ruled that Numsa’s central committee’s decisions to suspend many Numsa members, its failure to appoint a credentials committee, and its decision to place the Mpumalanga region under administration were unconstitutional.

While lifting the suspensions was a straightforward remedy to one aspect of Judge Moshoana’s ruling, resolving the fall-out from the “administration” decision and the central committee’s failure to appoint a credentials committee is less straightforward.

On Monday, Andile Bloko, the chairperson of Numsa’s Eastern Cape region and one of the erstwhile suspended Numsa leaders, released a memo regarding the difficulties faced by Numsa’s central committee in its last-minute attempts to comply with its constitution.

Bloko warned that if the Numsa members gathered there, “follow[ing] the advice of the current National Office Bearers, they shall, unfortunately, all be in Contempt of Court and defying a Court Order”.

According to Numsa’s constitution, “For a National Congress, each Local [shop steward council] may elect one shop steward per 300 members as a delegate for their region at the congress.”

However, in the Mpumalanga region, members claimed that the meetings of local shop steward councils to elect their delegates were subject to interference.

Furthermore, Bloko noted that no credentials committees had been appointed in Mpumalanga, Hlanganani and other regions to verify delegates. Only accredited delegates are entitled to vote at a national congress.

A credentials committee must verify certain details before a person can be accredited as a delegate for the national congress. For instance, Numsa’s constitution demands that a member pays a 1% subscription of their wages/salary to Numsa to be in good standing.

Once these processes have been completed, six months’ notice should then be given before Numsa convenes its national congress.

GroundUp contacted Hlubi-Majola for further comment and clarity but had received no response by the time of publication. DM/MC