Today’s ingredients for a successful peacemaking and... 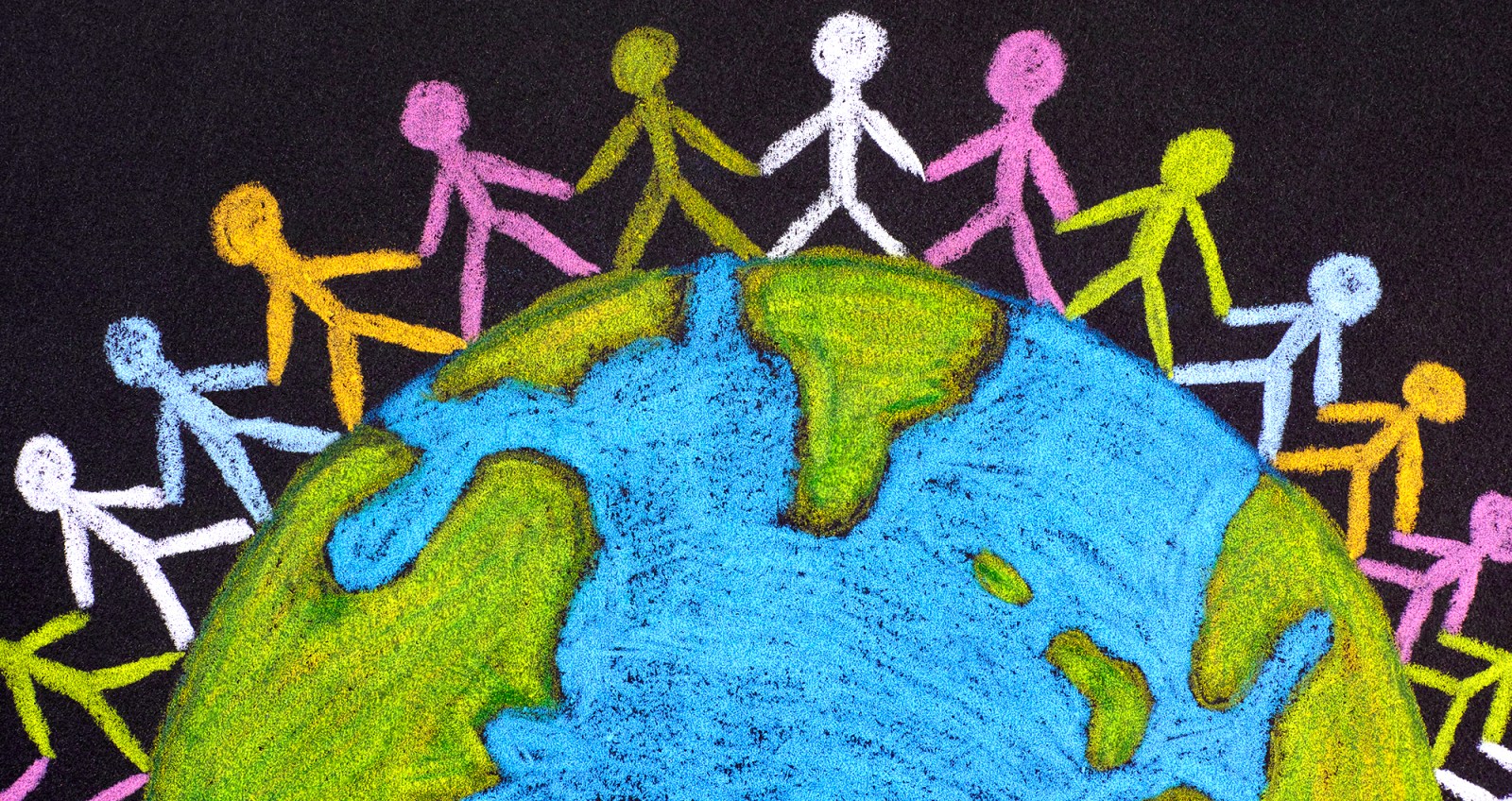 Italian nationalist leader Giuseppe Garibaldi neatly summed up the challenge of contemporary peacemaking and nation-building when he said: ‘Having made Italy, now we have to make Italians.’

In the wake of the Cold War, the disintegration of an ideologically bipolar world provided the window of opportunity for peace agreements across the world, including previously seemingly intractable conflicts like Nicaragua, El Salvador and Namibia and, famously, South Africa.

From that era of the late 1980s and early 1990s, three key ingredients for successful peacemaking and mediation stand out.

First, the solution had to be political. The conflicting sides fundamentally had to believe that there is more to be gained from negotiating than there is from continued fighting.

Second, to achieve this, you needed leadership that was both practical and visionary at the same time. South Africa was fortunate in having both Nelson Mandela and FW de Klerk, who realised that they could not do it alone, that they needed both unity within their ranks and a common bond between them to bring about another country. They trusted their chief negotiators, Roelf Meyer and Cyril Ramaphosa – now president of South Africa – to keep communication open even when tensions were high.

This led to the National Party, for instance, abandoning the fight for the protection of group rights in favour of individual liberties. The two parties shared the outlook of focusing on the future more than simply fighting about the past. De Klerk is said to have compared this process to a complete renewal, remarking at the time: “We are going to liquidate this country.”

A third component was a recognition that you couldn’t fix conflicts without ensuring international and regional support. The world had to keep pushing the parties to the negotiating table, not allowing them off the hook. Sanctions and the overwhelming isolation of South Africa played a critical part in changing the mind of the governing NP in the late 1980s; as did the end of Soviet bloc support for the African National Congress.

Yet this brave new world of the early 2000s has quickly descended into a more complex and apparently more dangerous world, where the presence of a range of actors, old and new, complicates efforts to achieve peace. This complexity has been compounded by the weakness of multilateral systems, especially post-Ukraine, with the UN showing up as not only ineffective, but its institutional structures fundamentally flawed. Throw in widening inequality, the weakness of state institutions, the spreading power and tentacles of transnational criminal interests, and peacemaking.

See highlights below from a Lake Como Retreat on Lessons From Making Peace. Discussions were held on lessons from making peace in Africa, South America and the Middle East.

This poses immense risks, especially for Africa, where the majority of the world’s poor live. The continent faces a perfect storm of rapidly changing demography, a weak development and growth record, climate change, a widening democracy and leadership deficit, a diversion of donor interests, and a growing store of expensive debt. Throw in a decreasing appetite and credibility problems on the part of the West post-Afghanistan and given its own domestic problems including inflation, and Africa lacks past levels of commitment.

The Russian invasion of Ukraine is likely to further confuse the drivers of conflict and the complexity of peace, weakening an already fragile consensus and commitment to solve conflicts on the periphery.

There are other resource challenges. The fragmented nature of the contemporary world and the multiplicity of state and non-state actors offering their peace services can not only lead to “forum shopping” by participants in peace processes, but ways of continuing fighting. Today peacemaking involves less of a “brilliant soloist” than an “accomplished conductor”, managing a team, or a set of teams. Having a highly competent orchestra of negotiators is imperative.

But some things still remain the same.

For one, local agency and leadership are crucial, though external actors have an important role to play, especially regional powers. To maintain pressure for resolution, external and internal pressure are both needed, the former including sanctions.

Leadership has to set an example.

Properly applied leadership can shape the collective view as was enabled by Israeli Prime Minister Menachem Begin and Egyptian President Anwar Sadat over the Sinai in the Camp David accords. This requires acceptance of the view, however, that nations can be born around the negotiation table, and not only in blood.

Vision remains essential, as is the identification and seizing – and sometimes manufacturing – of windows of opportunity. Patience in working out a solution is perhaps the most powerful attribute of all. The setting of arbitrary timelines should be discouraged as drivers of a peace process.

Other peacemaking techniques remain relevant, including the need to strengthen political opponents to deliver, something at which Nelson Mandela was, according to FW de Klerk, especially astute. Similarly, confidentiality and the need for discussions to be deniable, encourages risk taking at the negotiating table, relatively free from domestic political consequences. And it is crucial to conclude negotiations on the details of solutions before a peace agreement is signed.

The constitutional framing of the solution to conflict is necessary, too, but constitutions are not self-executing documents. This requires building institutional capacity which can take decades, and an even longer process of establishing the software including the rule of law.

It is vital that leadership does not just come from above. Listening to, and supporting local communities and civil society, is essential in embedding a culture of peace and civic participation. Institutions – both public and private – are an essential part of successful societies. Media, civil society and the private sector have, along with the government, to support them and provide leadership.

Crucially, politics and values matter. Those favouring peace should give support to each other. This means that Africans should be interested in what happens in Ukraine, for example, just as Africans would like wider international support in resolving their challenges. This has to grapple with the dynamic interaction between making war and making peace – you don’t, after all, reconcile with your friends. In order to achieve the leverage needed to make peace, democratic players facing autocratic adversaries must embrace a diversity of tactics.

Ukraine’s decision to fight, not surrender, has changed this calculation; that the choice between peace and war is not a decision to be made by the big powers alone.

Democrats also need to band together just as authoritarians continuously lend each other support. This includes support for political prisoners and their families, legal counsel, financing, media, the building of internal capacity, and an anti-kleptocracy agenda. In each and all of these areas there is a need to align external advocacy and to incentivise democracy.

Given the changes to the complexity of the operating environment for peacemakers, some new thinking has to take place. Supporting peace may require novel means of relieving debt of post-authoritarian or post-conflict countries – debt swaps with China, for example. There is a need to appoint lead external agencies: without this approach, for example, the prospects for positive engagement in a situation such as Ethiopia – with a multiplicity of actors from the African Union, United States, European Union, Russia, Turkey, United Arab Emirates, Qatar, Saudi Arabia among others – remains fragmented and diluted at best.

And, crucially, in this all, for peace to stick and for there to be metrics of success longer than just a constitution or election, for instance, there needs to be an ongoing and inclusive discussion. Economic growth is a critical societal coagulant, and means of ensuring community inclusion, stability and security. The role of leadership must go beyond liberation, to more mundane tasks of state-building from sewerage to education.

Or, as Garibaldi might have put it, states can only be successful when we discard ethno-, religious- or racially nationalist ideologies. DM