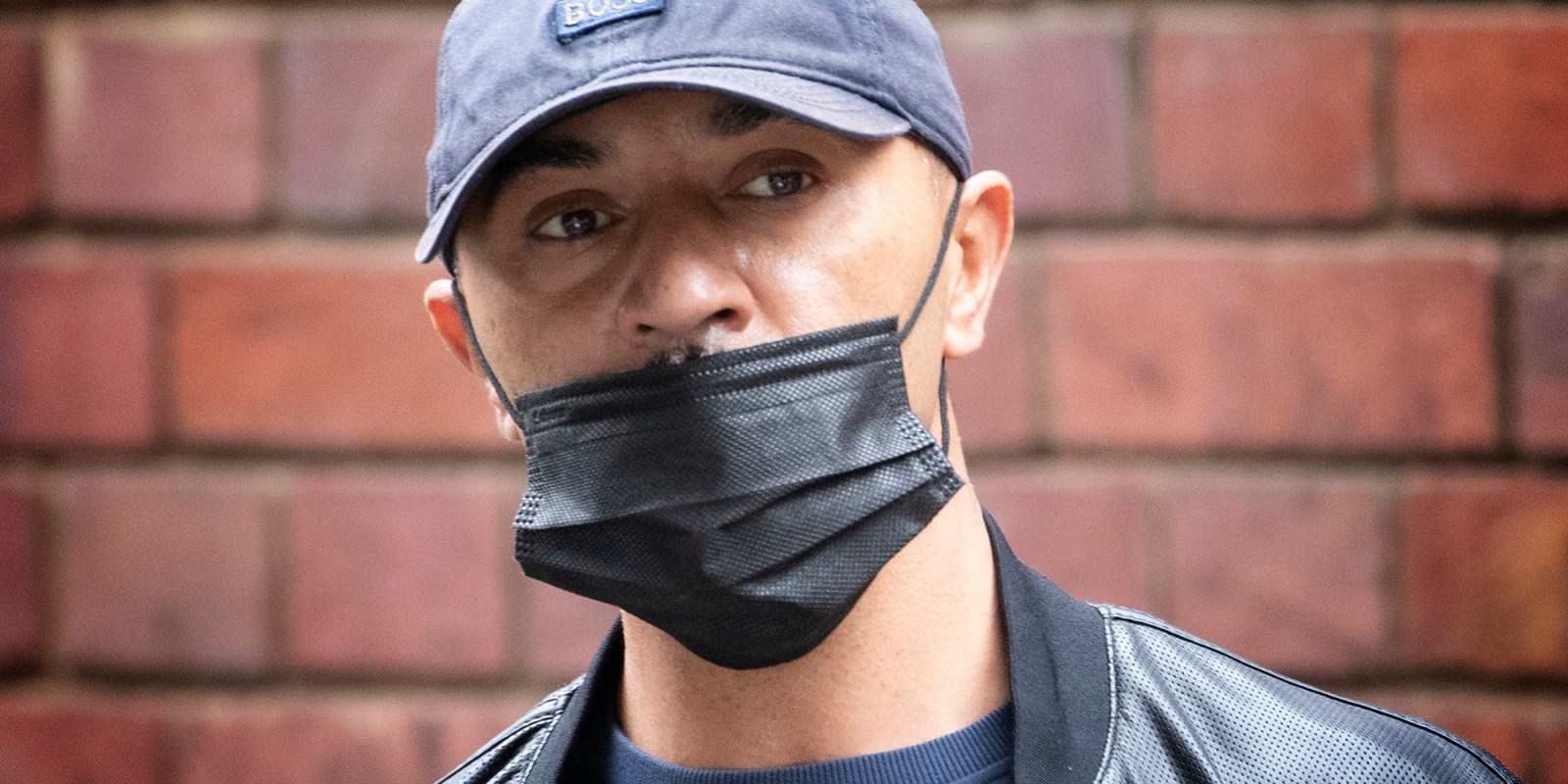 Alleged underworld figure Nafiz Modack wants to receive nutritious food from his family while he is in custody facing multiple charges. He also wants to be detained in a facility closer to his lawyers in Cape Town. But a judge says he has no right to dictate to authorities where he should be held.

Suspected underworld kingpin Nafiz Modack, who is accused of multiple crimes, wants to be moved from the Helderstroom Correctional Centre in Caledon outside Cape Town to a jail closer to the city. He says this would be more convenient for him and his lawyers to meet.

His requests were contained in a ruling handed down in the Western Cape High Court on Thursday.

“[Modack] contends that he received inadequate medical treatment at Helderstroom and that the prison officials do not allow him to receive food from his family,” the ruling said.

“[He] argues that the food provided by this correctional centre is neither tasty nor nourishing, and that he should be allowed to supplement his diet with nutritious food from his family.”

Judge James Lekhuleni effectively ruled that Modack had no right to dictate to prison authorities where he should be detained.

He dismissed Modack’s application to be transferred from Helderstroom to a facility closer to Cape Town where he could privately consult with lawyers and be provided with food from his family.

“It is common cause that [Modack] has been afforded the right to consult with his legal representatives in private and out of earshot of prison officials,” Judge Lekhuleni found.

“The only concern raised is that this correctional centre is very far from Cape Town, and it takes his legal representatives almost two hours to travel to this prison. In my opinion, [his] counsel can easily make alternative arrangements to consult with [him] adequately at Helderstroom.”

Modack would prefer to be detained at Pollsmoor Prison in the suburb of Tokai, or in the Goodwood Correctional Centre — both are closer to Cape Town than the Helderstroom facility.

Modack is an accused in several high-profile cases, including the assassination of Lieutenant-Colonel Charl Kinnear who was shot outside his Bishop Lavis home in Cape Town in September 2020.

In a letter of complaint to his bosses at the end of 2018, Lt-Col Kinnear, who was investigating Modack at the time, referred to both detention facilities to which Modack now wishes to be moved.

Kinnear had claimed that while Modack was previously jailed in Pollsmoor for another matter, a police captain had made several questionable attempts to see the accused.

Kinnear had claimed the captain was a member of a rogue unit linked to Crime Intelligence in the Western Cape — a unit that was targeting Kinnear and other cops considered to be aligned to him.

In his letter of complaint, Kinnear also alleged that members of the “rogue unit” visited the Goodwood Correctional Centre to find out information relating to Modack which an inmate may have given Kinnear.

Aside from allegedly dodgy links to cops, Modack faces several other charges.

According to Judge Lekhuleni’s ruling on Thursday, Modack was “a high-profile detainee” facing roughly 200 charges for crimes including “murder, attempted murder, racketeering and other offences relating to firearms”.

He was arrested at the end of April 2021 and initially detained at the Drakenstein Correctional Centre in the Western Cape town of Paarl. In January this year, he was moved to Helderstroom where he remains.

But Modack wanted to be detained at Pollsmoor, in the suburb of Tokai, as it was closest to his home.

“He claims that despite the fact that it is the most convenient place for him to be incarcerated, the prison authorities have refused to detain him there, as they aver that there have been threats made against his life, and that they would not be able to guarantee his personal safety, should he be detained at Pollsmoor,” the ruling said.

Modack, however, felt it was “utterly impossible” to prepare for an upcoming trial while being held at Helderstroom.

“According to [him], Helderstroom is far from Cape Town where his attorneys of choice are based,” the ruling said.

Modack said “it takes his legal representatives almost two hours to travel from Cape Town to Helderstroom to consult with him. His ability to consult with his lawyers is gravely limited by the distance they must travel to this facility”.

Modack also felt there were too few warders at Helderstroom “to supervise bathing” and, as such, detainees were “only allowed to shower once every second day”.

He was also concerned about the food at Helderstroom, “which he claims is neither tasty nor nourishing” and was “aggrieved that he is not allowed to receive food, medication or supplements from his family”.

According to the ruling, both the Western Cape commissioner of correctional services and the head of the Helderstroom correctional facility opposed Modack’s application to be transferred, finding it “ill-founded and fatally flawed”.

When determining where to detain a suspect, factors including the maintenance of security at a detention facility, as well as that of its detainees and officials, were considered.

In Modack’s case, the correctional services officials had alleged that while he was initially detained at the Drakenstein facility, he was “found in possession of contraband, in the form of cellphones, on 19 September 2021 and on 5 October 2021 respectively”.

That was why they felt holding him in Helderstroom would be more secure.

In this regard, Judge Lekhuleni found: “The possession of cellphones in prison is regarded as a particularly serious offence, as not only does it allow the detainee to potentially conduct illegal activity from within a correctional centre, but it also allows the detainee to contact and/or threaten potential witnesses.”

Correctional services officials also felt that Modack had not properly followed procedures involving complaints, as outlined in a section of the Correctional Services Act.

The judge agreed that Modack’s application to be moved was launched prematurely.

“In my view, [Modack] has no right to determine where he wishes to be, or to dictate to the prison officials where he should be detained. To hold otherwise, in my view, will offend against the respondents’ constitutional obligation to address overcrowding in prison.”

Judge Lekhuleni said Modack’s right to consult with his lawyers — in Pollsmoor, as he requested — had to be balanced against the necessity of maintaining security at a detention facility.

Modack’s right to consult with his legal representatives in Cape Town needed to be looked at in a broader manner, and consideration needed to be given to why Modack had been moved to Helderstroom.

The judge said that in this regard, correctional services officials had contended there were threats to his life and said he had twice been found with cellphones.

While detained in Helderstroom, Modack was continuously assessed as part of a process to determine where he should be detained.

“Pursuant to that assessment,” Judge Lekhuleni ruled, “[he] is regarded as a high-risk detainee, and the respondents determined that he should be detained at Helderstroom.”

In terms of Modack wanting adequate medical attention and food from his family, the judge pointed out that there was a standing rule for inmates — that they would have to see the resident doctor at the facility they were detained in if they wanted “any medication, supplements or vitamins”.

The doctor would prescribe these, if needed.

“As an awaiting trial detainee in a maximum security centre and in a high-care unit, security concerns dictate that no food should be allowed to be brought from outside into the institution, and that he should receive food provided by the centre,” Judge Lekhuleni found.

“This limitation, in my view, is justified in an open and democratic society based on human dignity, equality and freedom.”

Earlier this month, Daily Maverick reported that Modack and several co-accused were set to appear in the Blue Downs Regional Court in September so the state could carry out more arrests, conclude investigations and complete a final indictment. DM