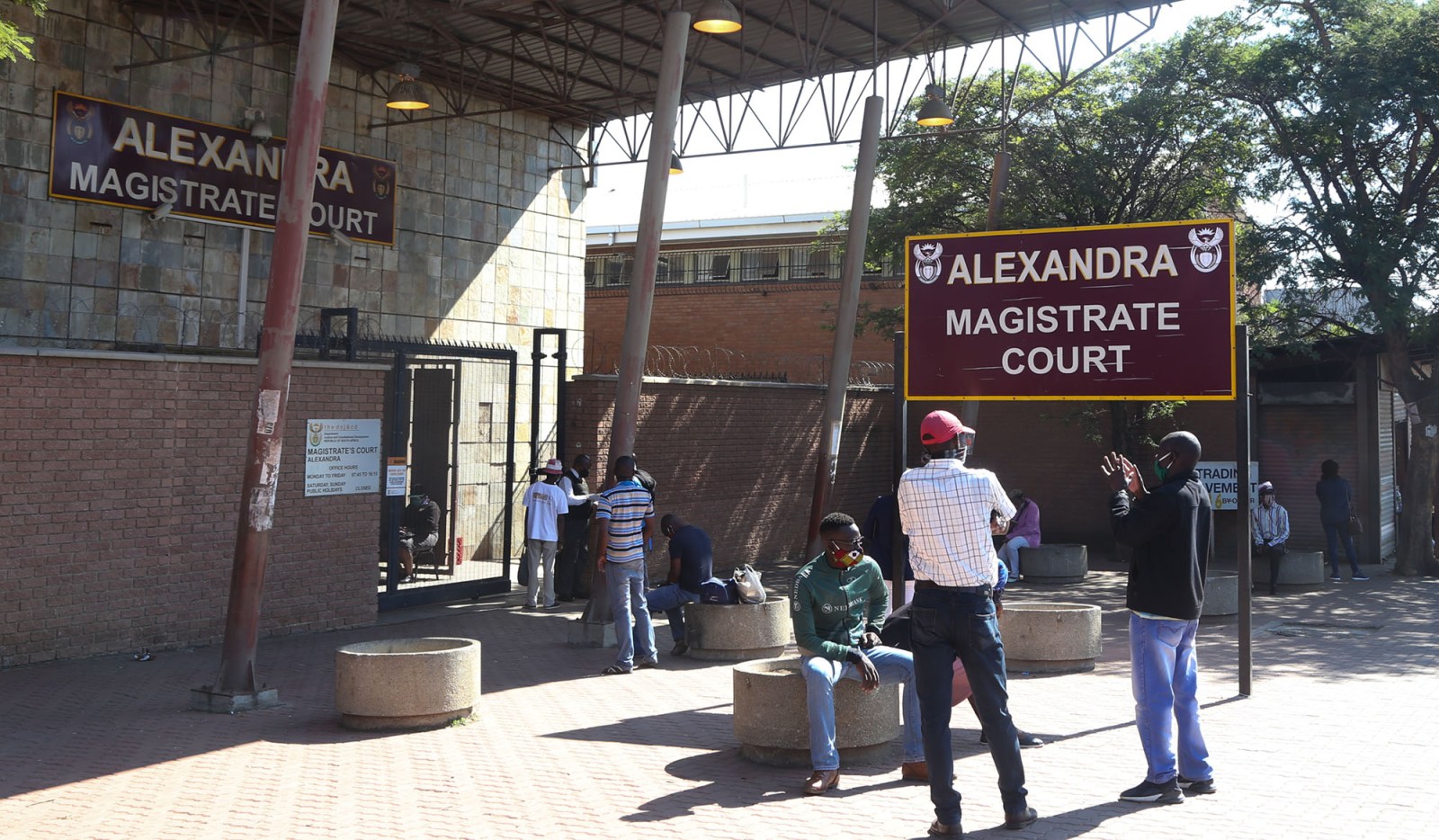 12 men (not pictured) appeared at the Alexandra Magistrates' court on Monday, in connection with a spate of robberies and murders in the township. (Photo by Gallo Images/Luba Lesolle)

Twelve men allegedly implicated in a series of murders and robberies in Alexandra in Johannesburg will remain in custody until their next court appearance on 25 July.

TWELVE accused, whose ages range between 18 and 35, made a brief first appearance at the Alexandra Magistrates’ Court on Monday, 18 July. They are accused of a series of robberies and murders in the area last week.

Proceedings were postponed to July 25 for bail investigations and establishing the accused’s addresses and profiling.

The National Prosecuting Authority (NPA) said that a thirteenth suspect could not be linked to the crimes. NPA spokesperson Phindi Mjonondwane also said the state would oppose the accused’s bail.

Last week 10 people were shot and robbed of their belongings in various areas in Alexandra. Six people died following the crime spree, including Alex FM music manager Joshua Mbatha. Mbatha was killed in the company of two colleagues, who escaped unscathed, while on his way home.

Last week police called on Alexandra residents who had lost phones to robberies in the area, especially in the last week, to present themselves at Alexandra Police Station to identify their phones. The victims were also encouraged to open cases.

Apart from the 12 suspects appearing in court, 13 other suspects were also arrested on suspicion of having committed various serious crimes. A further 41 people were arrested during the ongoing Operation Okae Molao in the area.

Cele told residents that government should consider whether to spare Alexandra from rolling blackouts after dark. He said crime-prone communities should be allowed to have light at night. He said this could work for all communities beset with criminality and lawlessness.

The Alexandra crime Imbizo is the third high-level community meeting that Cele and his entourage have attended in Johannesburg in the last three months, as discontent and mistrust of the police grows among Johannesburg’s communities.

The fatal shootings in Alexandra last week sparked growing public concern around the country, as people feared the acts were coordinated killings signalling a much bigger security threat. Also speaking from Alexandra during a visit last week in the aftermath of the fatal shootings, national police commissioner General Fannie Masemola said:

“We have not found any relations in all the incidents and we haven’t found them to be co-ordinated. They are more individual incidents.” Masemola said.

While the nation was still reeling from the shootings last week, at least 11 people were gunned down in Khayelitsha in Cape Town in three separate occurrences. Cele is expected in the area on Monday.

Furious community members outside the court demanded that the suspects be released to face vigilante justice:

“Surrender these thugs to us so that we can deal with them. If we let them go, they will kill us tomorrow,” one man said.

“An eye for an eye,” another man shouted.

All accused remain in custody until their next court appearance on 25 July. DM