From cultural oppression to freedom – a widow’s jou...

From cultural oppression to freedom – a widow’s journey 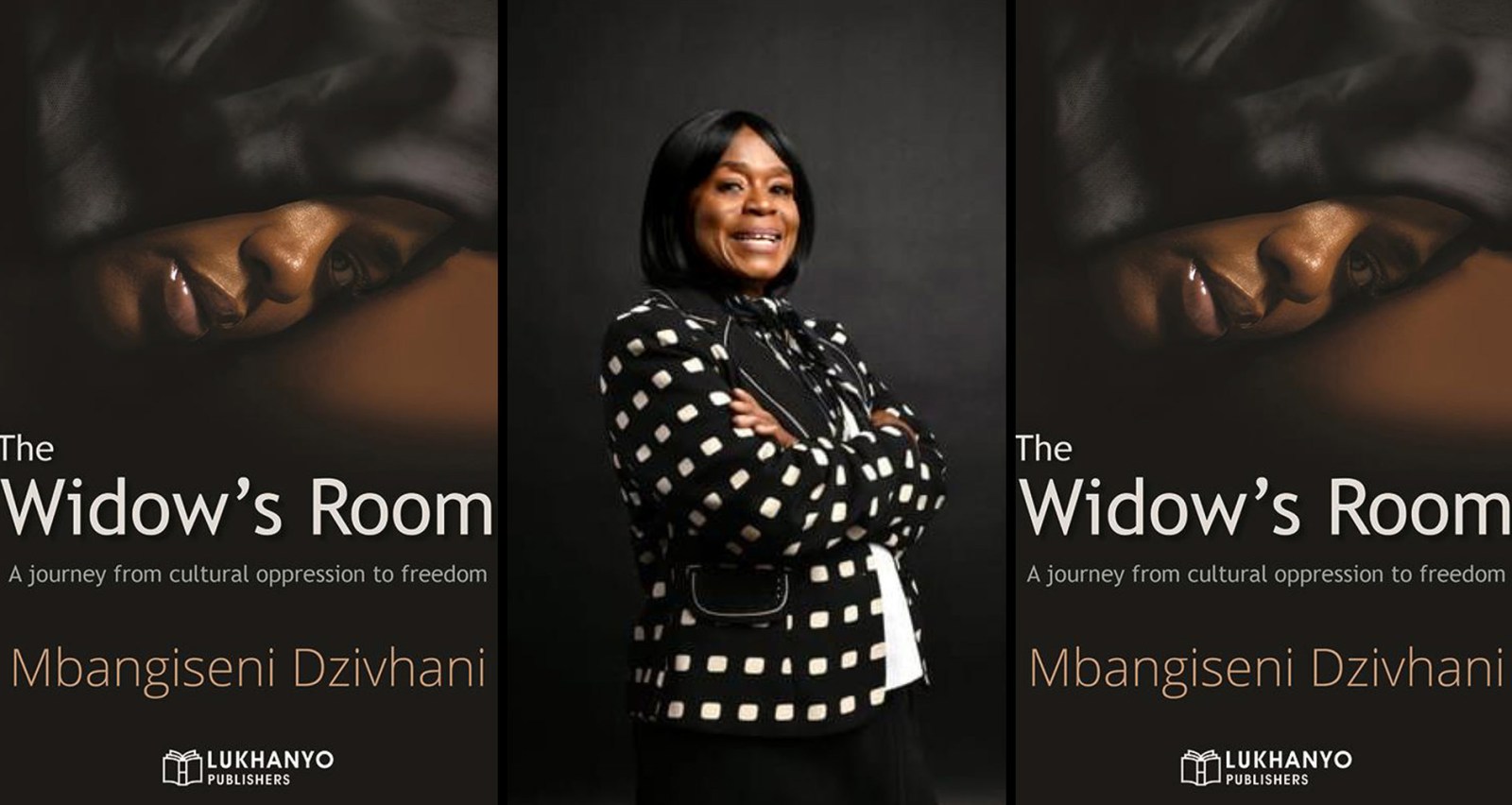 Born in 1955, former chief director in the Presidency Mbangiseni Dzivhani’s memoir recounts her experiences as a widow, which she describes as ‘oppressive, humiliating and shameful’, as well as how she broke free and found her independence and voice.

The book, The Widow’s Room: A Journey from Cultural Oppression to Freedom, starts with an eerily violent prologue in which Dzivhani gives an account of an old woman launching herself on her and clawing at her clothes with “ragged nails”, digging into her flesh, before she realises it is a dream and asks: “For how long would I carry the people who had done this inside of me… Why could I still not free myself of their power after all these years?”


Dzivhani then takes the reader through her background of being born into a Venda family during apartheid in Alexandra, from which her family was forcefully relocated to Meadowlands, which deeply pained her father.

In Meadowlands she grew up among Tsonga people and theirs was the language in which she then did most of her schooling. This first introduction to Tsonga people was a precursor to her falling in love with and marrying a Tsonga man.

Her family then moved back to Venda, where she fell pregnant while in high school. Not much is said or known about her first child’s father other than that he just was not in the picture and Dzivhani’s family took responsibility for the child’s upbringing. While pursuing nursing qualifications she met and married Mulweri Shivuri, a Tsonga man. In the love story she paints, her husband loved her and her daughter and both families were happy with their union – until things start to go awry when, after a difficult pregnancy, she gives birth to her second child and her husband dies mysteriously soon thereafter.

This is when Dzivhani takes the reader through her torturous experience as a widow, as a result of what she describes as cruel cultural practices. The book does not make much reference to the adherence by her or her husband’s family to Venda and Tsonga cultural practices until she becomes a widow. What is clear, however, is that both families seem to subscribe to Christianity.

A small and barren room

The strongest woman character in the book is her mother-in-law, a difficult woman, who appears to rule the family with an iron fist and to whom everyone defers. She immediately takes it upon herself to thrust her daughter-in-law into the world of widowhood, presided over by the almost ghost-like figures of a group of widows from her in-laws’ village, who ordered Dzivhani around in her in-laws’ house after her husband’s death. She was cast into a suffocatingly small and barren room with only a thin mattress.

The old widow presiding over her mourning had told her sharply that she was to “stay in the room for the next seven days until Mulweri’s funeral. She would dictate everything that went on in the room during that time… My body was to be covered from head to toe at all times. I was to be wrapped in a blanket, and my eyes were to remain downcast. I was not to look anyone in the eye or raise my voice above a whisper. Only other widows were to enter the room. She emphasised that my mother-in-law and Lufuno [her sister-in-law] would not be allowed to enter the room because they were not widows. I was to have no contact with men.”

Most notably, Dzivhani describes the pain she was still in after she had just given birth and being made to stay in the room with no access to the outside world nor help to ease that pain. She gives an account of her confusion and being stripped of her agency and family as she went through the widow’s mourning period and how she had no say over her husband’s funeral proceedings.

Her time in the widow’s room culminates in a particularly gruesome cleansing ritual of her genitalia before she is allowed to return to her marital home and children. This left her feeling deeply ashamed. Her in-laws continued to intrude and impose themselves on her life even after the year’s mourning period, including trying to gain access to her husband’s insurance policies, cars and house.

The book’s theme seems to be pitting culture and Christianity against each other, presenting the Christian way of life as progressive and aspirational, and cultural practices as regressive and harmful. While one can obviously see and appreciate why a woman being stripped of her agency is painful and disempowering, one would have liked more depth around the Venda and Tsonga cultural practices, for a fuller picture of what informs all aspects of their cultures and traditions. Another question is whether cultural practices and Christianity are mutually exclusive or can co-exist.

Eventually Dzivhani frees herself from the grasp of her in-laws, much of which she attributes to her faith and work colleagues, as well as a love of education that would see her back in Johannesburg and developing a keen interest in advocating for the rights of women and children. However, what she continues to wrestle with is how she could have given up her power during the mourning period, which prompted her to work towards exposing the harmful and traumatic experiences African widows go through in the name of culture.

Read in Daily Maverick: “My culture, my dilemma”

After working with different NGOs and organisations on women’s issues, Dzivhani eventually ended up working in the Presidency and was made chief director overseeing the office on the status of women, the office on the status of children and the office on the rights of people with disabilities, where she served until 2012. One wishes she could have detailed a lot more of her work in this regard, to get a better understanding of the impact of her initiatives and a fuller picture of who she became as she found her independence and freedom.

As the book concludes, Dzivhani says her biggest lesson was that no one has power over you and that people often give their power away because they fear the consequences of going against the grain – and that the shame of it all can be imprisoning. DM/MC